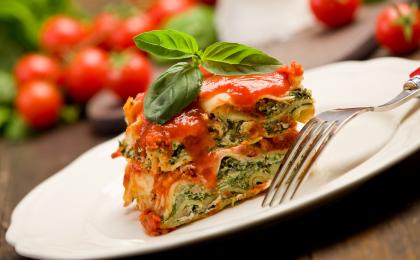 Good for your heart and brain, ﬁsh can be the star of any meal, from a simple lunch of tuna salad in a pita to a festive dinner of shrimp scampi. Many people even eat it for breakfast, as lox or kippers for example. In the Mediterranean region, it is a staple food and is eaten more often than... 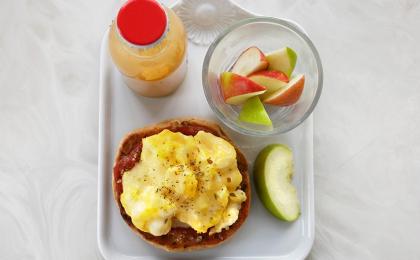 Shake up the cereal habit with this highly portable, kid friendly breakfast. It’s the perfect grab and go meal for a morning when you’re dashing from the gym to the oﬃce, too. This recipe is an excellent source of protein, choline, and a good source of vitamin A, vitamin D, folate, calcium, and... 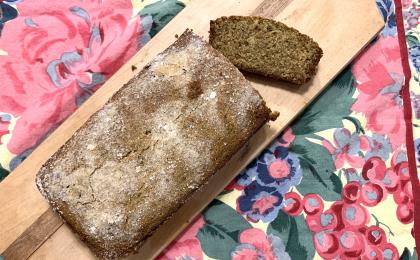 Early in the morning at Oldways, we salivate over the smell of this bread warming in the toaster oven, and secretly hope that there will be enough to sample. 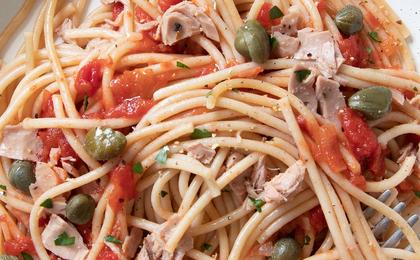 Pasta with Tuna and Tomatoes

Capers are indeed the secret ingredient, and the tuna contributes healthy omega-3’s as well. 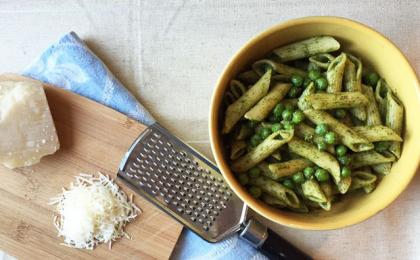 Penne with Arugula Pesto and Peas

Pesto, from the verb “to pound” in Italian, isn’t just limited to basil-based recipes. Spicy arugula and toasted walnuts create a ﬂavorful pesto that pairs well with penne’s sturdy shape and texture. You’ll likely have leftover pesto, which you can use within 2-3 days, or freeze in cubes for... 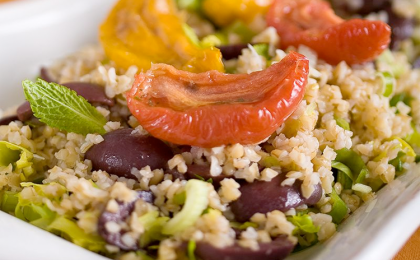 This hearty and ﬂavorful combination makes a great lunch or light dinner. To roast your own tomatoes, buy the plum variety, slice in half, arrange in a single layer on a baking sheet, brush with a little olive oil and bake at 250°F for about six hours, until soft. 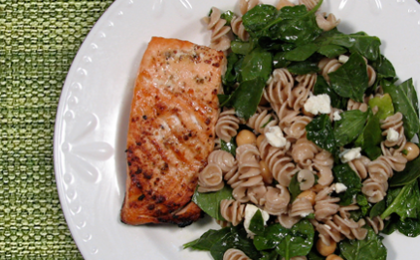 Make this easy spinach chickpea pasta salad in minutes, then add a piece of salmon cooked on the grill, for a delicious summer meal. 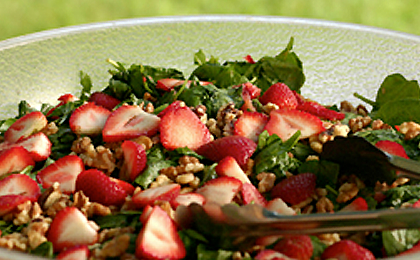 Make this salad as a ﬁrst course or serve it as a side dish for roast or grilled chicken or lamb. 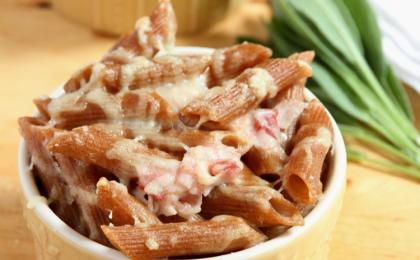 Mac & Cheese is a classic, an old favorite prepared in diﬀerent ways in many European countries for centuries.  It’s pretty simple to make and the nice, nutty whole grain ﬂavor is perfect – and very satisfying – with the creamy sauce. Now that’s comforting!

Documenting the beneﬁts of whole grains often depends on asking people to recall how often they eat whole grain foods, a process subject to less-than-precise memories and lack of understanding of just what constitutes a whole grain food. Now scientists at Uppsala University in Sweden have provided further evidence that blood levels of alkylresorcinols – a type of fat found in the bran of rye and wheat but in few other foods — can serve as more objective evidence of regular consumption of wheat and rye.  The researchers asked 72 adults to keep detailed, weighed records of everything they ate for 3 days, on two separate occasions, then tested the levels of alkylresorcinols in their blood. They found a very reliable relationship between the foods eaten and the blood levels measured.
The Journal of Nutrition, September 1, 2011. [Epub ahead of print July 2011] 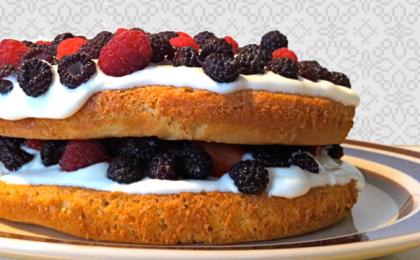 The King Arthur Flour Company shared this wonderful recipe with us. They served the cake as a triﬂe, using vanilla yogurt, but we adapted the recipe to use ﬁrmer Greek yogurt, to create a dessert inspired by strawberry shortcake, using mixed...