As we look forward to the future, we’re excited to continue working to change the way people eat—inspiring others to embrace healthy foods and cultural food traditions from the old ways. Thank you to the many people who have joined with us to make a diﬀerence around the world!

Development of a series of beloved, ground-breaking Oldways overseas symposiums for journalists, chefs, scientists and food retailers, focusing on the connection of food and culture and the scientiﬁc validity of traditional diets.

1993
Introduction of the Mediterranean Diet Pyramid, with the Harvard School of Public Health, featuring olive oil as the principal fat, inclusion of moderate wine drinking, and recognition of the diﬀerence between plant and animal protein— radical ideas at the time.

Founding of the Chefs Collaborative, focusing on sustainability, local and seasonal food, and bringing chefs together to advocate for change—also radical ideas at the time.

1996
Creation of the scientiﬁcally- and culturally-based Sensible Wine Drinking Guidelines.

1998 and 2000
Development of Scientiﬁc Consensus Statements on Moderate Fat Diets, helping to change government policy from recommendations of low-fat to moderate-fat.

1999
Organization of the Cheese of Choice Coalition—focusing on consumers’ right to choose raw-milk cheese and the protection of the aging rules for traditional cheeses made from unpasteurized milk.

2001
Development and organization of Continuing Education Programs in Nutrition for Physicians with the Harvard School of Public Health— the ﬁrst CME course to bring together nutrition, culture, and cooking.

Creation of the Antioxidant Initiative, a program to bring attention to the power of foods and drinks with high levels of antioxidants.

2002
Development of the Water Farming Initiative, a program to push for environmentally sound aquaculture.

Founding of the Whole Grains Council, an Oldways program helping consumers ﬁnd whole grains and understand their health beneﬁts; and working with manufacturers to create delicious whole grain products—accelerating the shift from reﬁned to whole grains.

2004
Development of a Scientiﬁc Consensus Statement on Healthy Pasta Meals and a campaign to ﬁght back against extreme low-carb diets.

Creation of the Oldways Culinaria Program—extraordinary culinary tours, planned with the ﬁrm belief that the heart of any culture can be illuminated by exploring its food, wine, and culinary traditions.

2005 and 2006
Organization of coalitions to promote the traditional diets of the Mediterranean and Latin America (Mediterranean Foods Alliance and Latino Nutrition Coalition).

2007
Organization of the ﬁrst conference on the health beneﬁts of Resistant Starch—a newly-recognized type of dietary ﬁber.

Publication of our ﬁrst book, The Oldways Table: Essays and Recipes from the Food Issues Think Tank.

2011
Development of the African Heritage Diet Pyramid, an eating pattern based on the healthy culinary traditions of the African Diaspora, and development of an accompanying education program for African Americans to claim health by using heritage as a guide.

2011 and 2012
Creation of two programs, ONE and the Supermarket Dietitian Symposium, focusing on supermarket dietitians, helping them do their jobs better, and making connections between the registered dietitians and companies that sell food and beverages. 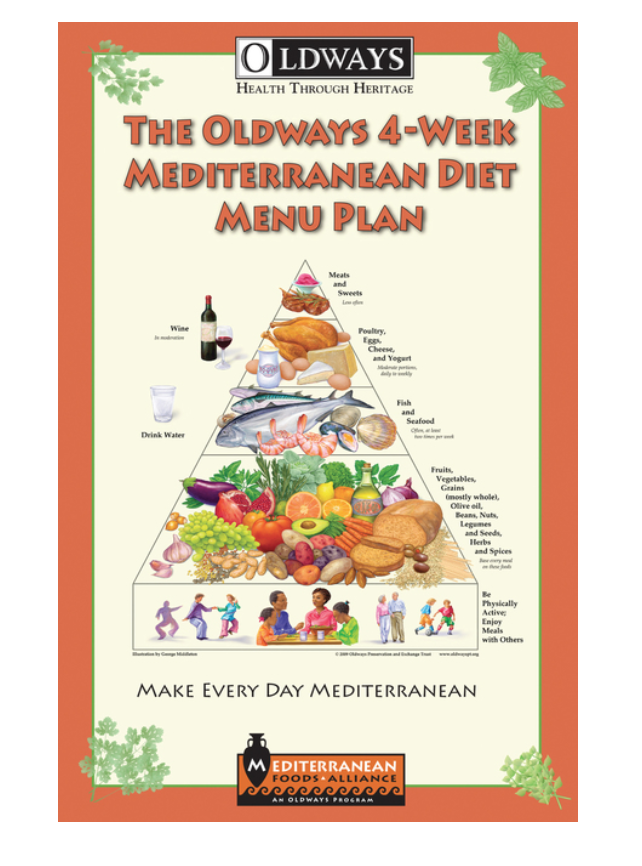 2012
Development of a six-lesson cooking curriculum for African Americans, called A Taste of African Heritage. The curriculum was introduced coast-to-coast, with qualitative and quantitative measurements of results.

2013
Co-organization of the development of a Scientiﬁc Consensus Statement on Glycemic Index, Glycemic Load, and Glycemic Response—and the importance of high-quality carbohydrates.

Scientiﬁc update and introduction of the Vegetarian Diet Pyramid by a scientiﬁc committee that included, for the ﬁrst time, a vegan diet option. 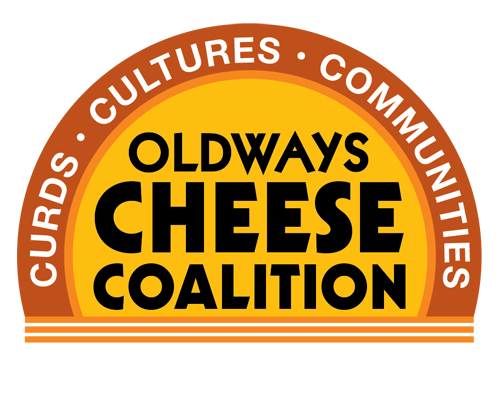 2014
Relaunch of the Cheese of Choice Coalition.

Oldways: An Organization Making Connections – 2015 to the Present 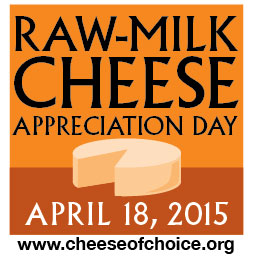 A Taste of African Heritage cooking and nutrition community program launched in Philadelphia and through NHP, a national community housing nonproﬁt.

2016
Train the Trainer program launched in Philadelphia for A Taste of African Heritage. 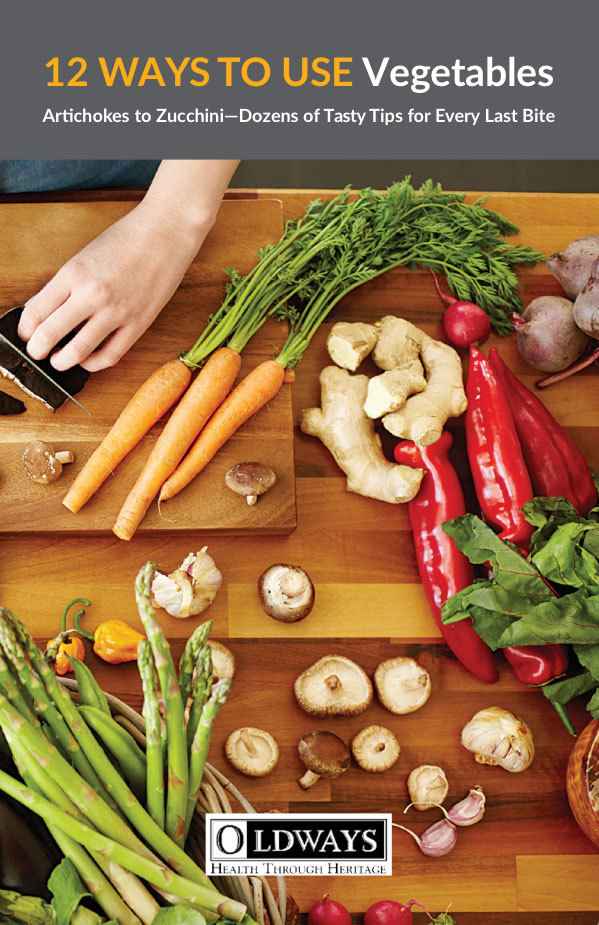 Two Oldways Culinarias: Emilia Romagna in May, and Greece in November.

2017
New 50% Whole Grain Stamp was introduced for products where at least 50% of the grain is whole grain.

Publication of our newest book, 12 Ways to Use Vegetables.

A Taste of African Heritage is approved into SNAP Ed Library. 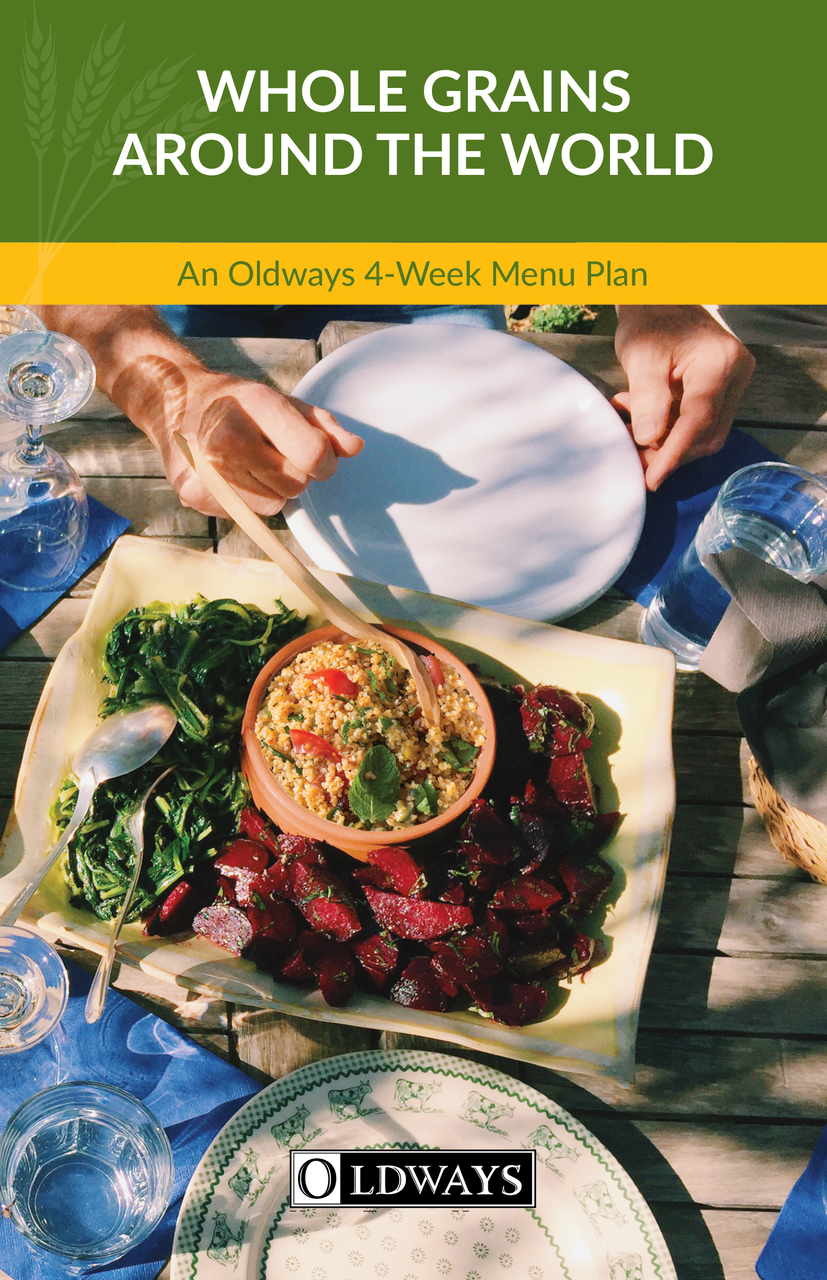 Whole Grain Stamp appears on more than 12,000 products in 60 countries.

Launch of A Children’s Taste of African Heritage, a 7-week cooking and nutrition curriculum for children aged 8-12.

Publication of our newest book, Whole Grains Around the World.

Released the new Asian Diet Pyramid with refreshed information and beautiful color illustrations to match the style of our other heritage Pyramids.

Three Oldways Culinarias were added to our growing list: Sicily with David and Catherine Katz (April), Northern Italy Cheese Culinaria with Cathy Strange (May) and Crete with Ana Sortun and Aglaia Kremezi (October).

Introduction of a new Oldways brand identity to highlight our commitment to cultural food traditions and our role as a resource for nutrition inspiration and information.

2019
Oldways’ books and printed materials are redesigned and given a fresh look. Make Every Day Mediterranean is republished with a new design and the inclusion of new recipes.

Oldways hosts Culinarias in the Veneto region of Italy with Chefs Kevin O’Donnell and Michael Lombardi, and in Cyprus with Chef Ana Sortun and Chef Cassie Piuma.

Oldways publishes Plant-Forward Plates, a ready-to-go PDF toolkit that gives hospital food service providers all the details they need to oﬀer plant-based breakfasts, lunches, dinners, and snacks in their facilities. Oldways is also a founding member in the Coalition for Plant-Based Foods in Hospitals.

Oldways hosts a series of online cultural cooking demo classes, in partnership with Age-Friendly Boston and Friends of the Armenian Heritage Park on the Greenway.

A Taste of African Heritage launches an e-course version of the curriculum, making this information accessible to anyone, anytime, anywhere in the world.

Oldways expands its Mediterranean Food Alliance program to include social media and video-based beneﬁts for members.

2022
Oldways resumes its culinary travel program with spectacular tours to Turkey, Portugal, and Naples & Amalﬁ, while planning an exciting lineup of tours for 2023.

A Taste of African Heritage is accepted into the USDA SNAP-Ed Toolkit.

The Whole Grains Council team publishes a scientiﬁc article in Nutrients, which found steady growth in whole grain content and product availability in U.S. and Latin American markets over the past 10-15 years.

A peer-reviewed study published in the Journal of Nutrition Education and Behavior concluded that participants of A Taste of African Heritage experienced improvements in weight, systolic blood pressure, and waist size, as well as higher intake of fruit, vegetables, greens, and higher frequency of exercise.

The Whole Grains Council, a founding member of the International Whole Grain Initiative in 2017, now chairs one of the ﬁve working groups (Communications and Partnerships) and sits on the governing board of the organization.