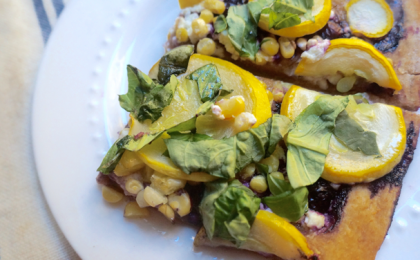 As fragrant basil, tender squash, and delightfully sweet corn appear in farmers markets and gardens, there is hardly a better time to eat seasonally. Most summer vegetables can hold their own with just a gentle drizzle of olive oil and vinegar. However, on days when you’re craving something... 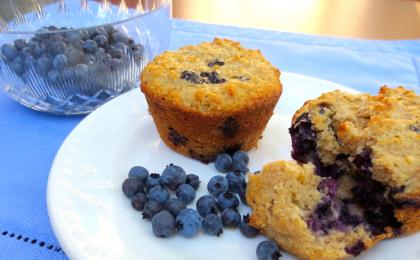 Reminiscent of a New England summer, these blueberry muﬃns include a mix of whole wheat and oats. They are 100% whole grain.

Whole grains (like rye, oats, and whole wheat) have a strong history in traditional Scandinavian cuisine, but as in other regions, the food landscape is changing and reﬁned grains have replaced some traditional foods. To see how eating whole grains relates to mortality, researchers analyzed the diets of over 120,000 people in Denmark, Norway, and Sweden.  The scientists found that those who ate the most whole grains had signiﬁcantly lower risk of death from all causes. When analyzing individual whole grains, the researchers found signiﬁcantly lower mortality rates in those who ate the most whole grain breakfast cereals, whole grain bread, oats, rye (only statistically signiﬁcant for men), and whole wheat. These ﬁndings support existing evidence that whole grains may contribute to longevity.
British Journal of Nutrition. 2015 July 23:1-16. (Johnsen NF et al.) [Epub ahead of print] 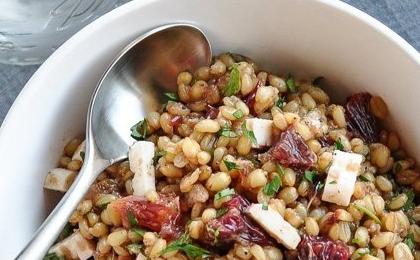 This is a deliciously fresh and energizing whole grain salad. It is fantastic on its own or with ﬁsh, prawns or chicken. Experiment with adding diﬀerent citrus fruits of your choice. 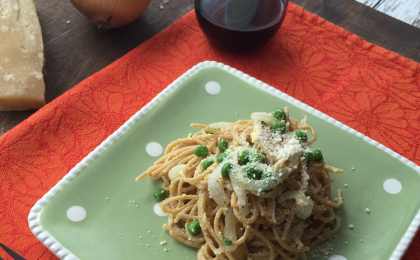 Make this simple weeknight supper in about 15 minutes. To vary the ﬂavor, add some shredded carrots along with the peas. 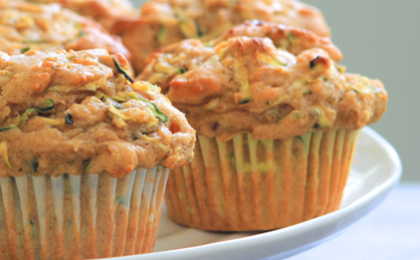 If you’re looking for a change from standard muﬃn ﬂavors, try this recipe. The muﬃns have a delicious peanut ﬂavor, and make great use of zucchini. Get your vegetables and nuts in every bite! 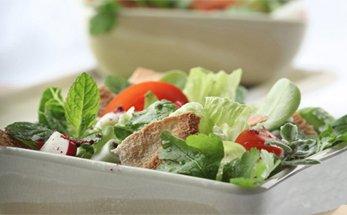 Fattoush is a classic bread salad from Lebanon, making use of leftover pita (toasted or fried) and mixing it with greens and vegetables.  It belongs to the family of dishes called fatta, which means crushed or crumbs.

Researchers are increasingly turning to gut bacteria to learn more about complex conditions such as inﬂammation. To study this relationship, scientists randomized 63 overweight and obese adults to a diet containing either whole grains (in the form of shredded wheat) or reﬁned grains (in the form of white bread and crackers) for 4-8 weeks. In addition to decreased inﬂammation in the whole grain group (a good thing!), the scientists found that one of the most abundant beneﬁcial plant compounds (ferulic acid) from whole wheat is released and absorbed in the gut, where it is likely metabolized. In line with other studies on how whole grains improve gut health and diversity, the researchers also found that whole-wheat consumption positively inﬂuenced bacterial communities in the study participants.
American Journal of Clinical Nutrition. 2015 Feb;101(2):251-61. (Vitaglione P et al.)

Lamejun (lah·me·june) is very much like a pizza, only with a much thinner crust than that of pizza. The dough is traditionally topped with minced meat and minced vegetables, but we love Ana Sortun’s recipe featuring spinach, yummy haloumi (a semi-hard, unripened brined cheese from Cyprus...

Whole grains are starting to gain recognition as being rich sources of antioxidants, but many wonder if these antioxidants are aﬀected during processing, such as bread baking. To test this theory, scientists at the University of Maryland measured phenolic acid (antioxidant) content in ﬂour, dough, and bread fractions from three whole and reﬁned wheat varieties. As expected, “all phenolic acids measured were more abundant in whole wheat than reﬁned samples.” The researchers also found no signiﬁcant change in antioxidant levels after the breads were baked. “Thus, the potential phytochemical health beneﬁts of total phenolic acids appear to be preserved during bread baking.”
Journal of Agricultural and Food Chemistry. 2014 Oct 20 [Epub ahead of print] (Lu Y et al.) 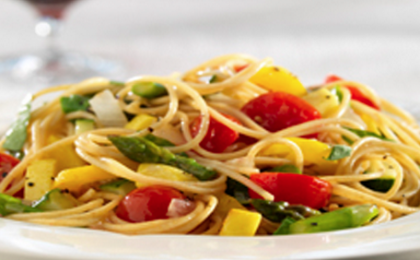 This simple dish brings so many ﬂavors together, and is a balanced meal, all in one dish. 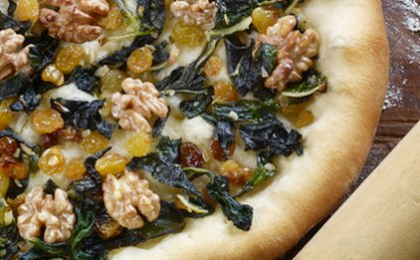 When you hear the word “coca” in Spain, it doesn’t mean a soft drink, it’s a pizza! And the best part about it is that there are a thousand variations. Usually a coca is topped with fresh vegetables, which make it a healthy, meatless treat. Greens, walnuts and raisins are a favorite...