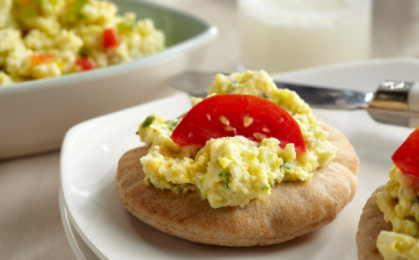 This hearty snack can help bridge the gap between lunch and dinner on nights when work, errands, or family obligations mean a later-than-usual dinner. It also makes a great appetizer for casual dinner parties. 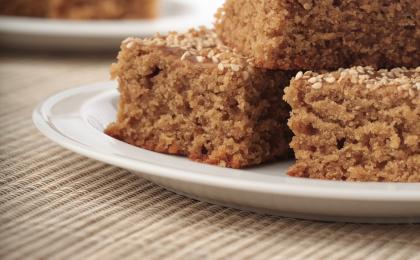 During the month of Ramadan it is customary to eat two essential meals per day, the pre-dawn suhoor and the evening meal iftar. People visit friends, neighbors, and family for iftar, when sweets are traditionally eaten. This recipe replaces cane sugar with carob... 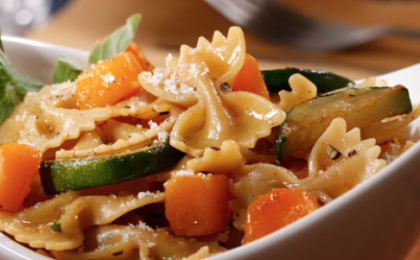 This family-friendly meal makes a great vegetarian option for a weeknight dinner. 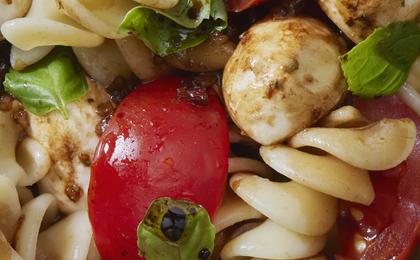 This easy meal is sure to please everyone in the family. Store any leftovers in the refrigerator for a delicious cold lunch the next day. 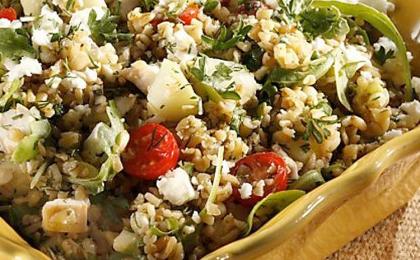 This main dish superstar is laced with lemon and dill, packed with fresh vegetables and the option of chicken or tuna makes it a very satisfying salad.  Serve immediately, at room temperature or chilled. 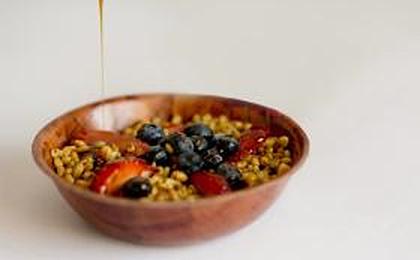 Both cracked and whole freekeh make for an excellent breakfast cereal. Cooked freekeh will keep in your refrigerator for up to 5 days, so it’s readily available each morning! It can be eaten warm – like oatmeal or cold with yogurt. Be creative with what you add – fruits, cinnamon, raisins, honey... 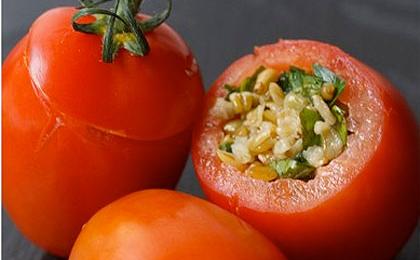 Quick and simple, yet very impressive for guests and oh so delicious!  Makes a great side dish, appetizer or light lunch. 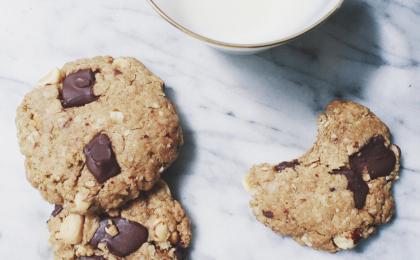 This classic cookie recipe came from a love of the Original Tollhouse Chocolate Chip Cookie, which most people are familiar with and love. Here, it’s been modiﬁed to make it whole grain and heart-healthy, but still delicious! 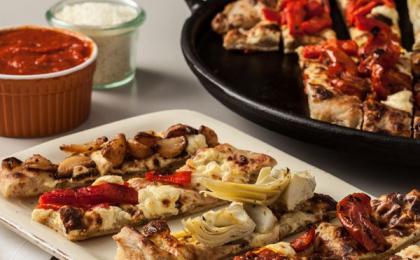 Discover the delicious tastes of the Mediterranean with this easy-to-prepare, ﬂavor-packed pizza composed primarily of authentic antipasto ingredients found at the olive bar of your local grocery store. 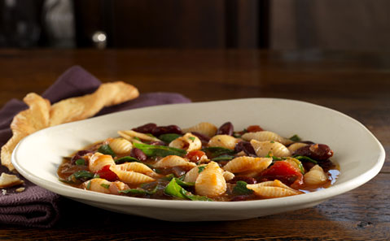 This hearty soup full of vegetables makes a great lunch or dinner on a cold day and is sure to be a hit with the whole family.

Epidemiological studies suggest a relationship between whole grain intake and insulin sensitivity. In an eﬀort to investigate this possible relationship a randomized controlled trial was conducted by a group of European scientists. One hundred and forty six individuals were recruited in two European cities (Kuopio, Finland and Naples, Italy) and randomized into two groups. One group consumed a diet based on reﬁned grains and the second group was given a diet based on whole grains. After a 12-week period where good adherence was achieved, there was no signiﬁcant diﬀerence in insulin sensitivity measures between the two groups.
Clinical Nutrition. 2013. [Epub February 8, 2013] (Giacco et al.) 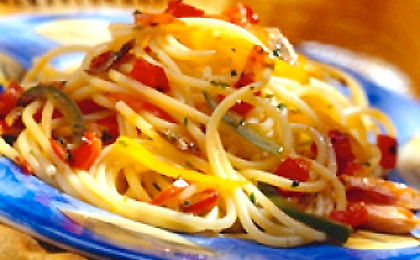 Sun-dried tomatoes lend lots of ﬂavor to this quick dish, making it ideal for a weeknight dinner.