From the sparkling coast of the Mediterranean to the vibrant islands of Japan, many of the regions known for good health and longevity enjoy fatty ﬁsh as a part of their traditional diet. The omega-3 fatty acids in ﬁsh are “good fats” that support brain health, heart health, healthy development, and much more. Salmon, sardines, mackerel, anchovies, and oysters are some of the most common ﬁsh that are higher in omega-3 fatty acids. 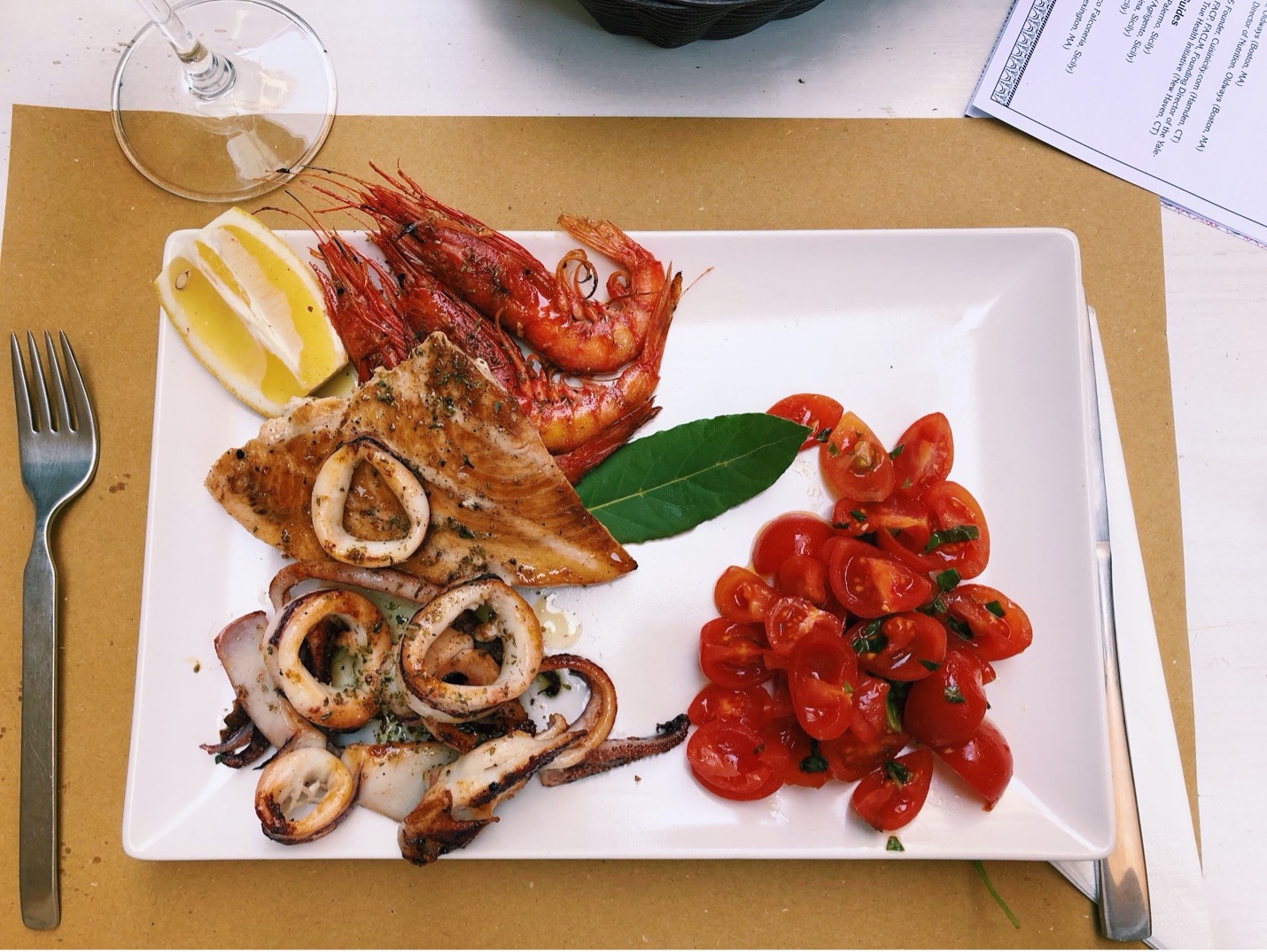 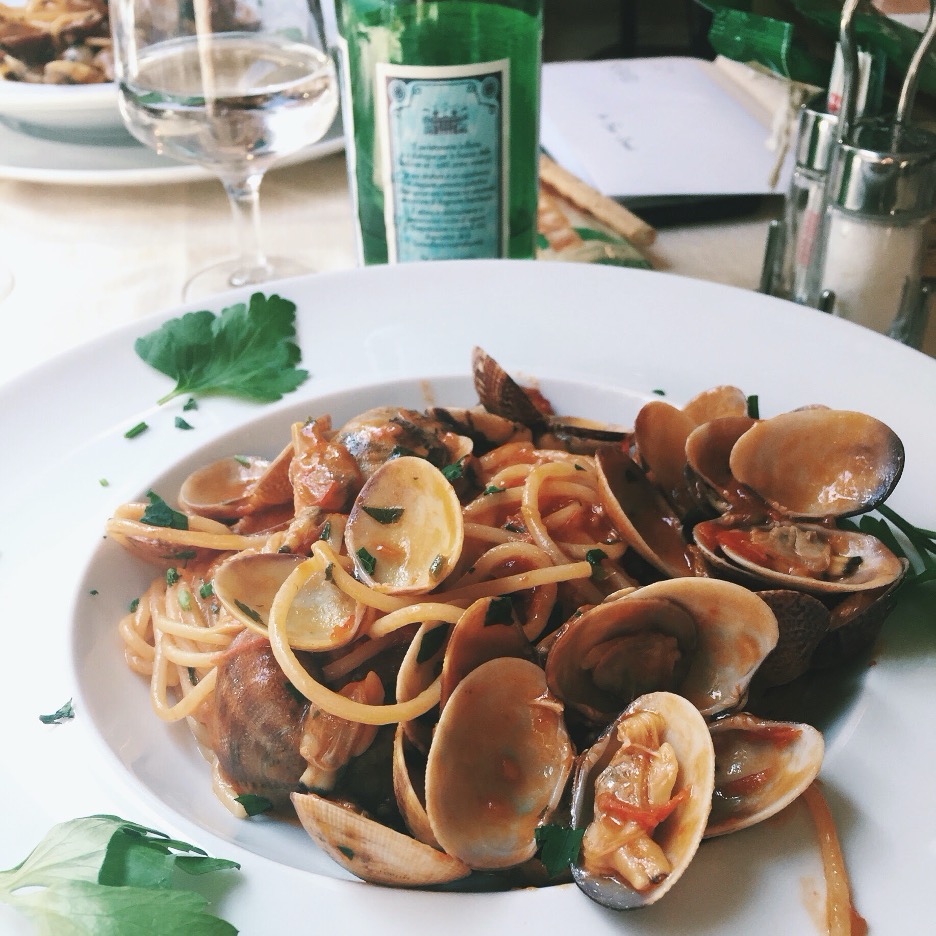 For those who are new to seafood, heritage diets like the Mediterranean diet oﬀer an easy way to try ﬁsh using time-tested recipes and preparations. Seafood is a prominent ﬁxture throughout coastal Mediterranean countries like Greece, Spain, Portugal, France, and Italy, found in dishes like garlicky shrimp in olive oil, bouillabaisse, bacalhau, mussels in a white wine broth, or salad niçoise. These countries also make use of small, canned ﬁsh, known as conservas in Spain and Portugal. They are served in dishes like pasta con le sarde in Italy, gavros in Greece, or pan con tomate y anchoa, boquerones in Spain, or bacalhau in Portugal and baccala in Italy. In many traditional Mediterranean dishes, seafood is used as a ﬂavoring or garnish to plant-based meals. For example, pasta with clams and tomato sauce, or kakavi, a Greek stew ﬂavored with the catch of the day. 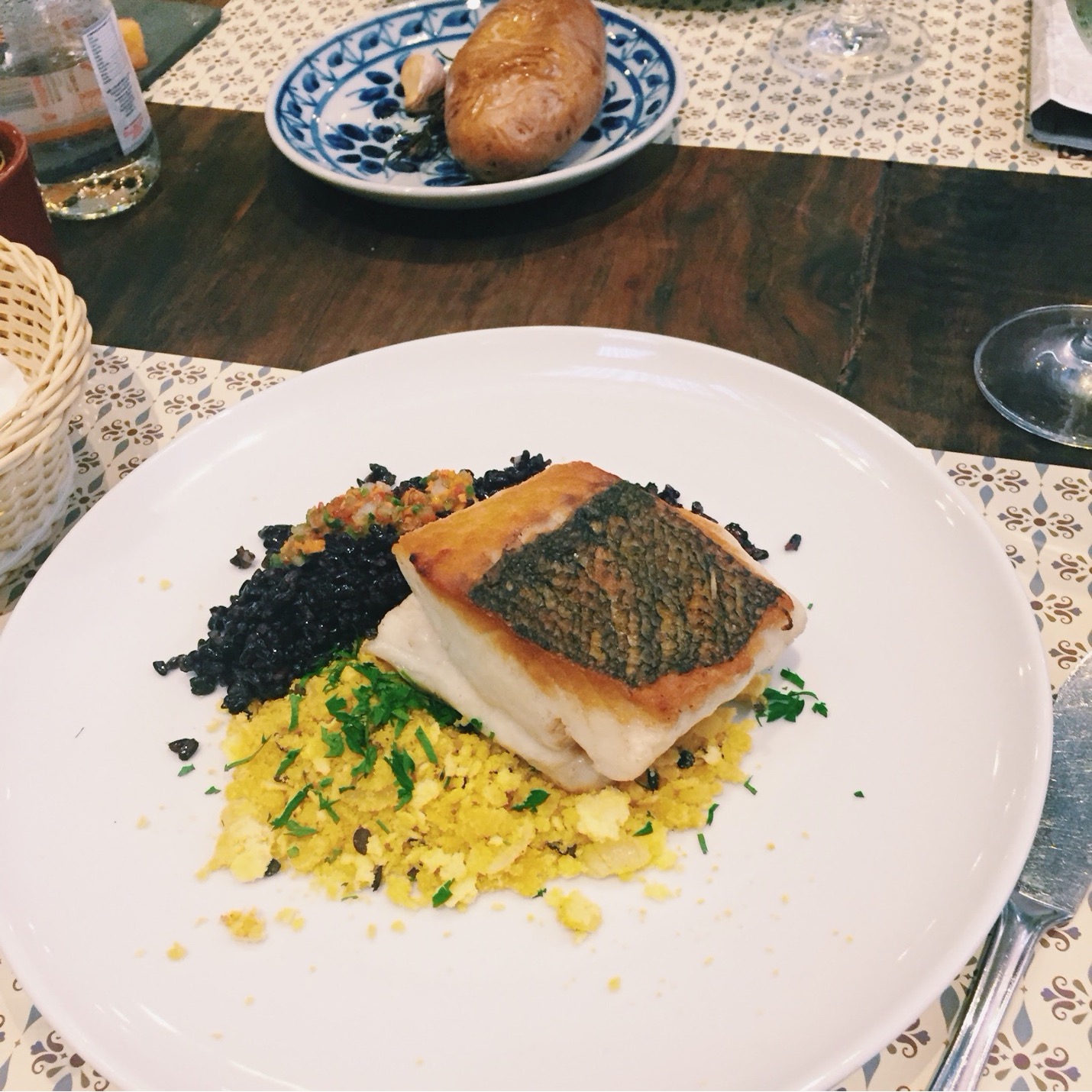 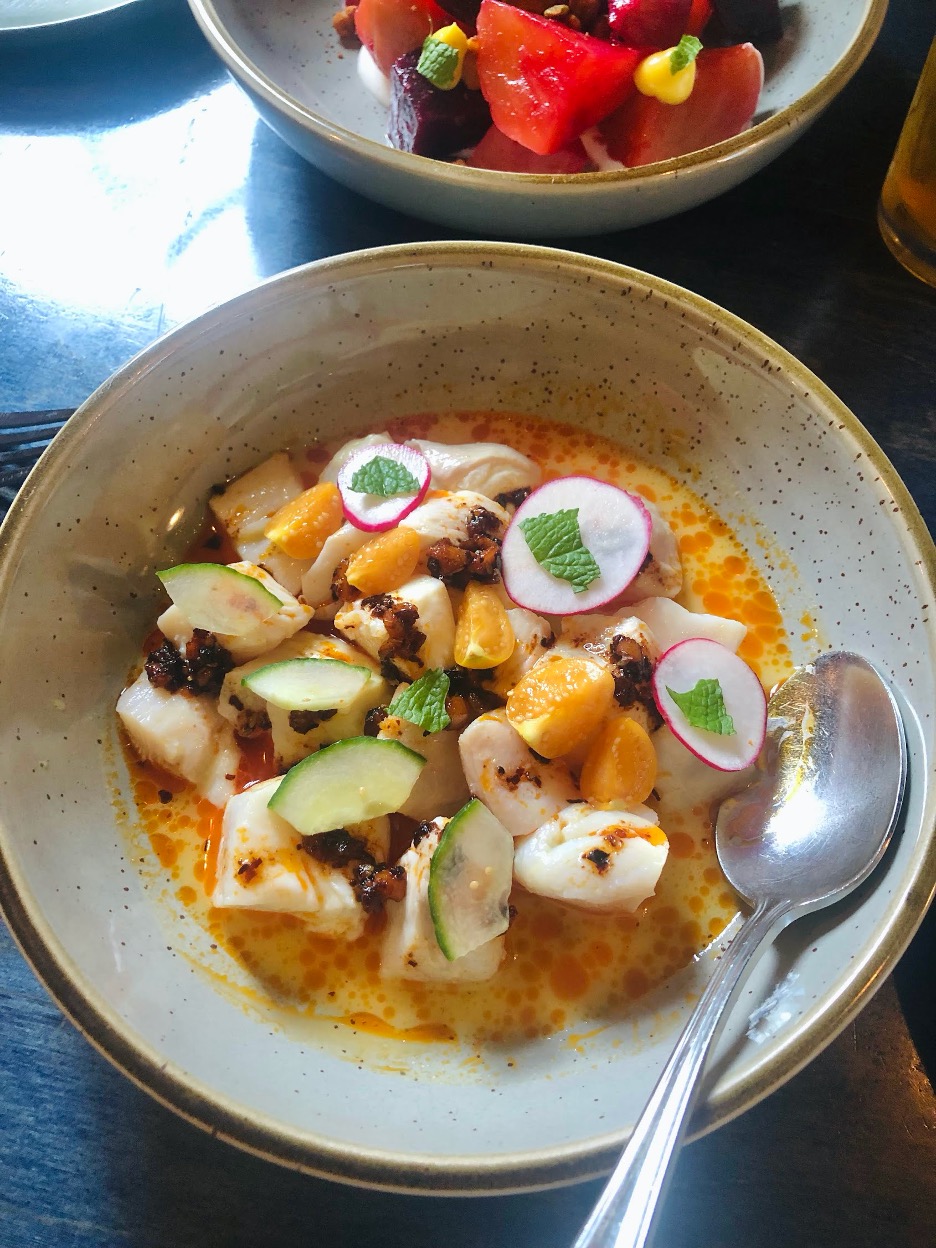 In Latin America, seafood is paired with tomatoes, herbs, and chili peppers to create all sorts of delicious recipes. Traditional seafood stews are very popular, especially in Brazil, where we ﬁnd vatapa, caruru, and diﬀerent versions of moqueca (pronounced mo-keh-ca). All of these are traditional dishes that feature shrimp and ﬁsh simmered in tomato, palm oil, or coconut-milk bases, mixed with other ﬂavorful ingredients. Ceviche, a Peruvian dish, is made by marinating raw fresh ﬁsh in citrus juice, allowing the acidity to cure the ﬁsh into a ﬁrmer texture, before being mixed with ﬂavorings like herbs and tomatoes. Shellﬁsh are also enjoyed throughout Latin America, such as in the Mexican stew called caldo de camaron, made with shrimp, or the Peruvian steamed mussels dish called choros a la chalaca, which features onions, herbs, and sometimes corn. 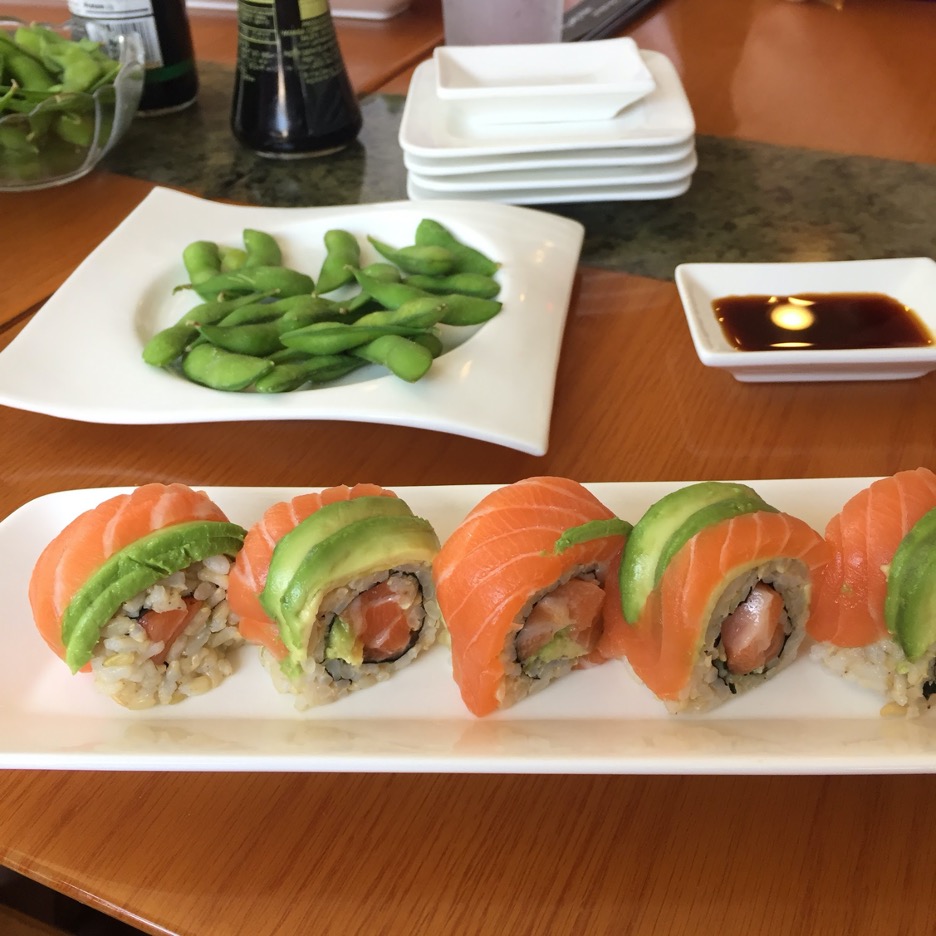 If you have a piece of ﬁsh from the supermarket and are looking for a simple, yet elegant preparation, look no further than Asian heritage spices and aromatics, such as ginger and soy sauce. Across Asia, seafood is enjoyed with rice, noodles, strong spices, and an abundance of vegetables. In Southeast Asia, Thai ﬁsh curries can be made with diﬀerent types of chili peppers and herbs with varying levels of heat. Similarly, Goan cuisine of Western India and Bengali cuisine of Eastern India both feature seafood and rice-based dishes and ﬁsh curries ﬂavored with fenugreek, curry leaves, onion, and squash. In China, ﬁsh and shellﬁsh are often prepared in a wok, cooked quickly over high heat, such as in the Cantonese-inspired Cashew Shrimp Stir Fry. And we would be remiss if we didn’t mention one of the most popular ﬁsh dishes to come out of Eastern Asia: Japanese sushi, which are rolls of rice, seaweed, (raw) ﬁsh, and diﬀerent ﬂavorings. 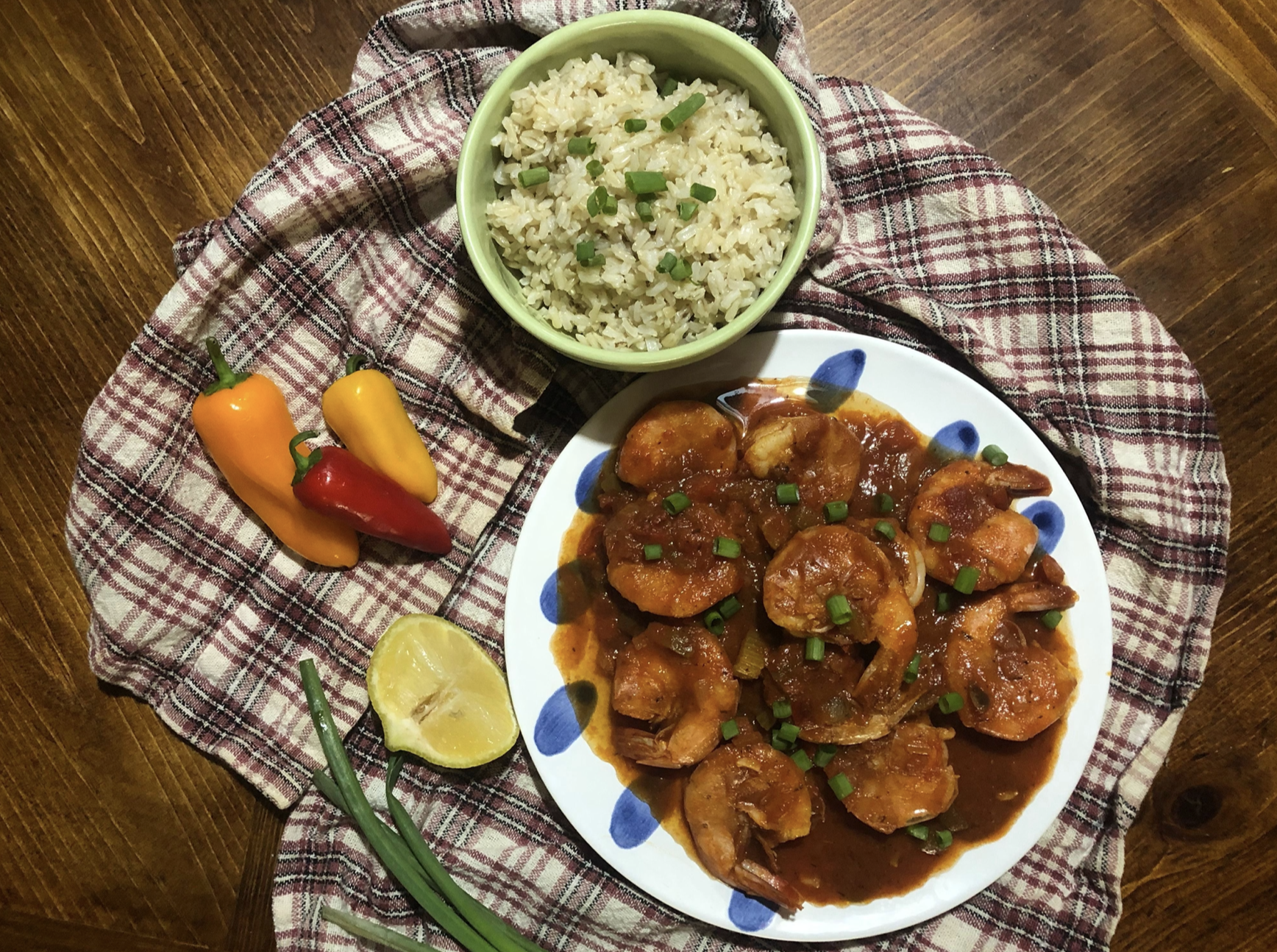 Seafood also makes a number of appearances throughout the African Diaspora. Louisiana’s Shrimp Gumbo stew has its roots in African, French, Spanish, and Haitian cuisines. Traditional Low Country and Gullah cooking, from around South Carolina’s and Georgia’s coasts, feature catﬁsh, crab, shrimp, sweet potatoes, rice, and dishes like Hoppin’ John. In West Africa, ﬁsh is sometimes prepared using the Yassa method, relying on a spicy lemon and onion marinade for ﬂavor. Fish stews featuring vegetables and starches are also found in other coastal parts of Africa. In the West Indies and the Caribbean, ﬁsh is paired with tropical accents like peppery sauces and coconut milk, similar to the Brazilian stews described above.

Today, our oceans have reached a point where demand for seafood has outgrown the production of sustainable wild-caught seafood that our oceans can support. Whether you purchase farmed or wild seafood, one is not better than the other. What is important is that the seafood has been responsibly sourced (whether from a well-managed ﬁshery, or a responsibly-run ﬁsh farm).

The Dietary Guidelines for Americans recommend that seafood twice per week for all age groups, including pregnant and lactating women. Research shows that moms-to-be who eat ﬁsh 2-3 times each week during pregnancy have babies who reach these milestones more quickly: holding head up, recognizing family, climbing stairs, copying sounds, drinking from a cup, & drawing. 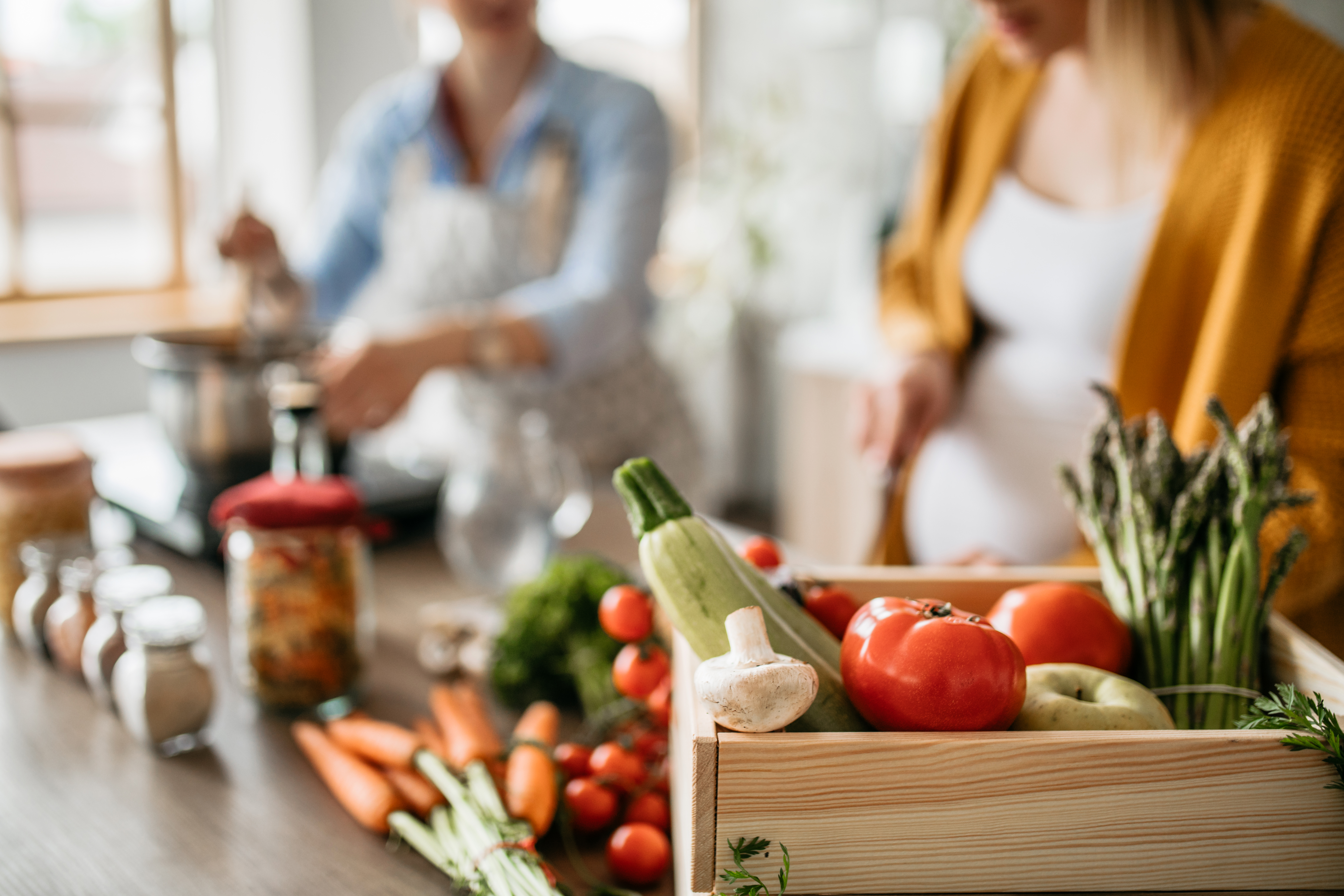 Studies show that it can take 8-15 exposures to a food before children begin to accept it, so we encourage people (adults and children alike) to keep trying any chance seafood is oﬀered, as well as to try a variety of seafood dishes to see if some might be more appealing than others. With heritage diets as your guide, fabulous fatty ﬁsh are sure to become fast favorites!

Want biweekly Heritage Diet information and recipes in your Inbox? Sign up for our Fresh Fridays newsletter by clicking the Subscribe button at the bottom of this page!

1pmarie1
I am interested in your ceu programs. How do I sign up?
Katherine-Oldways
Check out our webinars at OldwaysPT.org/CPEU or our travel opportunities at OldwaysPT.org/Travel
Patty
Do you have a number of recipes that use tinned sardines, anchovies, and/or sardines from these other countries?