At Oldways, we love collaborating with award-winning Chef Ana Sortun of Oleana Restaurant in Cambridge. Ana was the host chef for our ﬁrst Oldways Culinaria in Sicily in 2005, and since then, we’ve ventured with Ana to Turkey three times, to Greece twice, and also to Morocco and Puglia, Italy.  When we started talking about our 2019 Culinaria, she suggested Cyprus, an island in the Eastern Mediterranean. We leapt at the chance to plan our November 10-17 Culinaria in Cyprus with Chef Ana, and two other culinary stars, Sarma Restaurant Chef Cassie Piuma and Greek food writer and journalist Aglaia Kremezi.

Cypriot cuisine is Mediterranean, a mix of Greek and Turkish foods, and is also inﬂuenced by the many civilizations that conquered and occupied the island over thousands of years. At its core, however, are the traditions of the Mediterranean Diet. Like other Mediterranean cuisines, Cypriot cuisine developed because of its climate and agriculture. People ate available foods that were aﬀordable—mostly greens, pulses, and wheat. As Cypriot cookbook author and teacher, Marilena Joannides wrote in her book, Cyprus Food Treasure, “gastronomic luxuries were simply unaﬀordable on a daily basis. They collected all of nature’s generous oﬀerings and improvised and created dishes that were modest yet exceptionally healthy.” 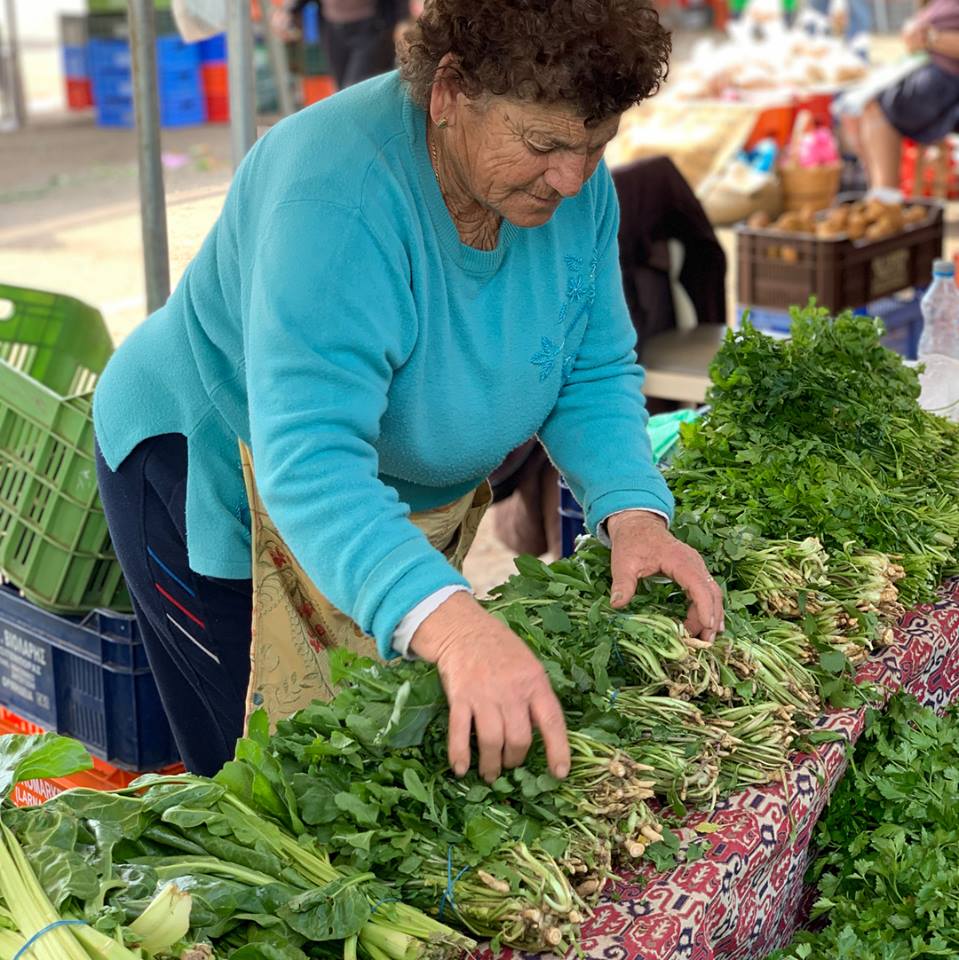 A vendor sells greens at a farmer’s market in Cyprus.

Today’s world is diﬀerent. Even in Cyprus, the old ways are threatened by changes in family structure, and what Marilena calls “culinary inputs of questionable health beneﬁts.” This calls to the importance of traditional foods and cuisine—the true Cypriot Mediterranean Diet that is of the land, is healthy, and also happens to be delicious.

Join us in Cyprus in November to see (and taste) the traditional foods and dishes for yourself. These foods celebrate history, culture, and agriculture, and also bring health to humans and the planet. Here are just a few of our favorites from the island of Cyprus, where legend says Aphrodite—the goddess of love, beauty and eternal youth—was born from the sea foam near Paphos.

Savory pies, featuring greens, herbs, cheese, whole grains, and vegetables. Savory pies are such an essential part of Cypriot cuisine that we’ve asked Marilena to teach the group about making these pies. She’s invited us to her house for a cooking demo and lunch, featuring pies and breads made with wild greens and herbs, and perhaps pumpkin, since November is the season of squash and pumpkin. 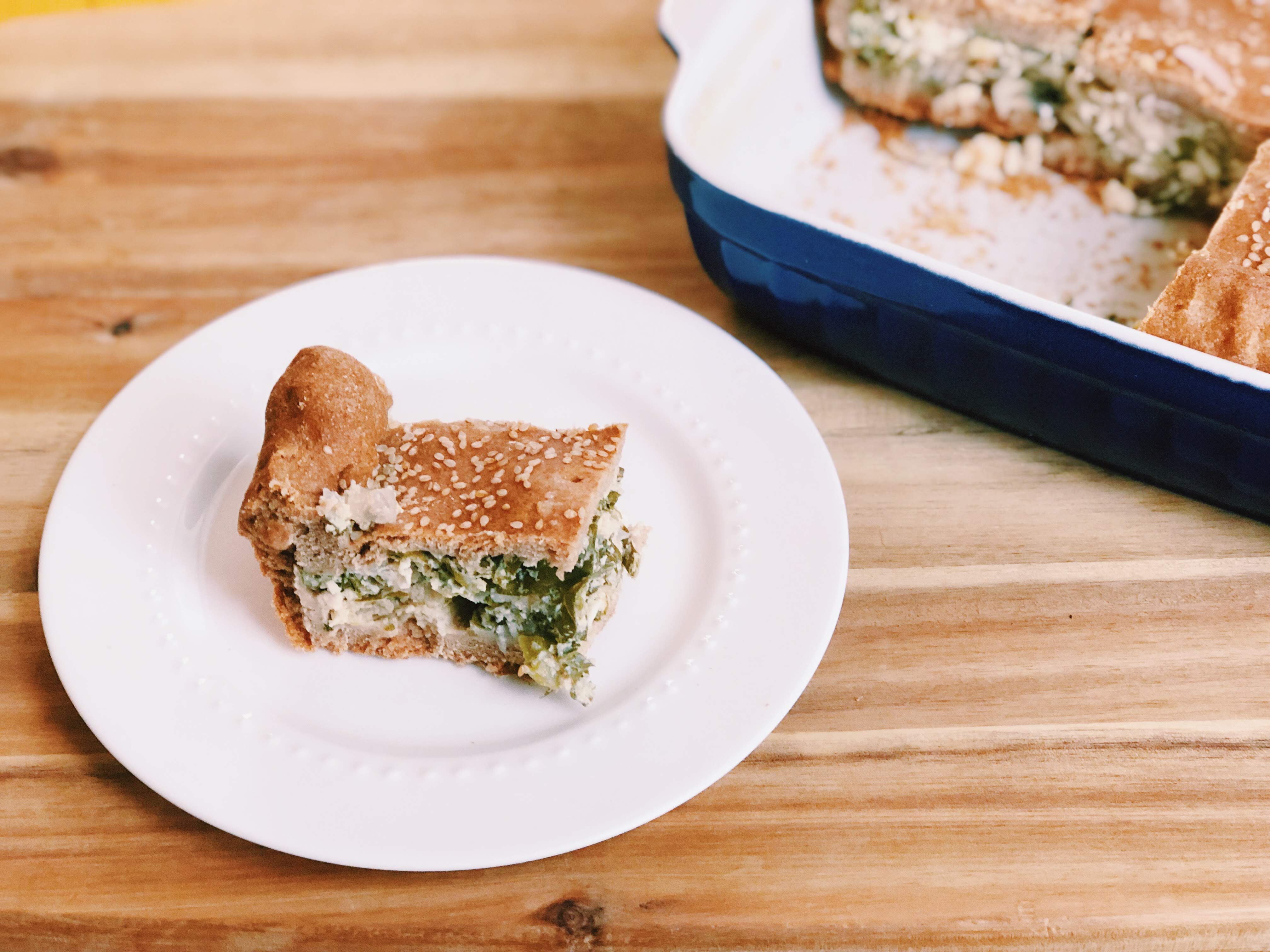 Halloumi. A day in Cyprus is not complete without at least one serving of halloumi! Halloumi is certainly the national cheese of Cyprus, and perhaps the best-known food from the country. It is a semi-hard, unripened and brined cheese, traditionally made from sheep and goat’s milk (although with increased demand, some larger dairies are using cow’s milk). Tradition calls for it to be folded, with a sprig of mint between the fold. One of its best-loved attributes is its high melting point, so it can be fried or grilled to perfection. It is also used in vegetable dishes, salads, savory pies, and can also be used to create more modern dishes such as Halloumi Burgers!

Vegetables, pulses, and whole grains. These foods are the core of the Cypriot Mediterranean Diet. There are many combinations of all of the above, with more than a few to ﬁt all four seasons of the year.

Sweets. Sweets and treats are special occasion foods, and traditionally range from baklava (a favorite all over the Eastern Mediterranean) to more fruit- or phyllo-focused dishes. These foods are a treat to be enjoyed on special occasions. As Oldways’ Director of Nutrition, Kelly Toups, advises: “don’t take away the sweet dessert. Instead, add nutrition in the form of whole grains, fruit or nuts.”

Coummandaria wine. Called the oldest wine in the world, Coummandaria is a sweet wine made in Cyprus in fourteen villages in the area around the Troodos mountains, north of Limassol. It is said that the wine has been continually produced for more than three thousand years. Per and Britt Carlson wrote in Fortune magazine, “the popularity of Commandaria has waned a bit over the years. But its reputation as one of the classic, sweet wines of the world has never disappeared.”

Elaine
The most delicious food in the world.