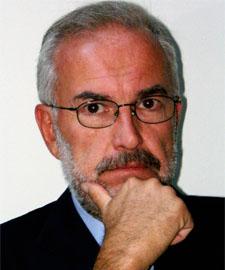 George Gendron is Cofounder and Managing Director of The Solo Project, which provides inspiration, ideas, tools, and community for the country’s most ambitious soloists.

Gendron was the Founder and Director of Clark University‘s Innovation and Entrepreneurship Center, one of the few university-wide entrepreneurship programs designed and built from the ground up for undergraduate students in the liberal arts, performing arts, and sciences. Gendron designed and taught courses in entrepreneurship and innovation on the undergraduate level as well as in the MBA program at the Graduate School of Management at Clark, and has lectured at leading universities throughout the US and internationally.

Prior to his university work, Gendron spent more than two decades in media. Gendron was the Editor-in-Chief of Inc. Magazine, guiding the publication from a start-up through its sale to Bertelsmann, the German media company. Under his direction, Inc. became the world’s premiere magazine for the founders and CEOs of young, early-stage ﬁrms.

Under Gendron’s leadership, the magazine developed the Inc 500, a ranking of America’s fastest-growing private companies. The Inc 500 quickly became a brand in its own right, and included many of the world’s leading entrepreneurial organizations when they were still in their infancy—companies such as Microsoft, Oracle, Patagonia, Timberland, Domino’s, Intuit, Charles Schwab, and countless others.

In 1997 Gendron created a joint venture with Michael Porter, of the Harvard Business School, to publish the Inner City 100, a ranking of the fastest-growing companies in America’s inner cities. This list has played a major role in focusing public attention on the role of entrepreneurship in creating jobs and wealth in America’s most economically distressed urban areas.  Inspired by the Inner City 100, Gordon Brown launched a sister project in the UK, and similar projects are being launched throughout the Middle East and in South Africa by AllWorld, where Gendron is a Founding Director.

Gendron is a director of Community Wealth Ventures (CWV), a spin-oﬀ of the legendary hunger organization Share Our Strength.  CWV is a consulting ﬁrm that partners with non-proﬁts and foundations to design and implement innovative approaches to growth and sustainability.

Gendron has served as a Fellow at the Kauﬀman Foundation, the world’s largest foundation devoted to fostering entrepreneurship and entrepreneurial education. He served multiple terms as a National Director of City Year, one of the nation’s leading social ventures. City Year was the inspiration for Americorps, created by President Clinton.  He has served as a formal and informal advisor to numerous start-ups, both for- and non-proﬁt.

He has been an independent voting member of the Oldways Board of Directors since February, 2012.