My excitement around the opening of the National Museum of African American History and Culture (NMAAHC) began many years ago when they ﬁrst announced they would build one. The closer we got to the grand opening of the ﬁrst-ever national museum of Black history, the more impatient I became — until the day ﬁnally arrived on Saturday, September 24. 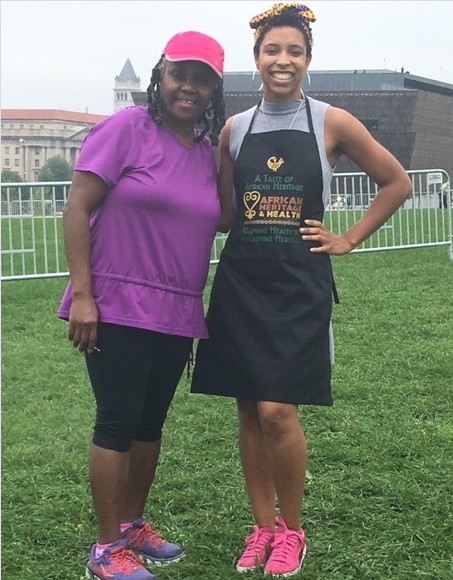 My son and I woke up early to meet Mrs. Carrye Brown, an ambassador from our Taste of African Heritage cooking program, and we headed to the museum opening ceremony together. Starting with the metro ride to the museum, everyone in our group began feeling anxious and excited to see what the museum would actually look like inside. Looking at posts on social media only made us more eager to experience the museum ourselves.

It was a chilly morning, an indication that fall is starting early this year. The chill didn’t seem to stop anyone from showing up, though. When we arrived at the museum, which is located on the National Mall, we joined the hundreds of people waiting to witness the opening ceremony ﬁrsthand.

The ceremony concluded with the audience erupting with cheers and claps as 99-year-old Ruth Bonner, whose father was born a slave in Mississippi, rang the bell from the famous First Baptist Church in Virginia — one of the oldest Black churches in the U.S. founded in 1776 — to declare the oﬃcial opening of the museum.

On the day after the opening ceremony, my mother and I had the honor and privilege of touring the museum. From the music playing to the videos projected on the ceilings, to the beautifully colored photographs and historical artifacts, every element of the museum wonderfully represented Black people and culture. Words cannot express the overwhelming joy that everyone, including us, felt as they walked through the diﬀerent exhibits and learned, laughed, and relished in this long-overdue museum and the stories it preserves. 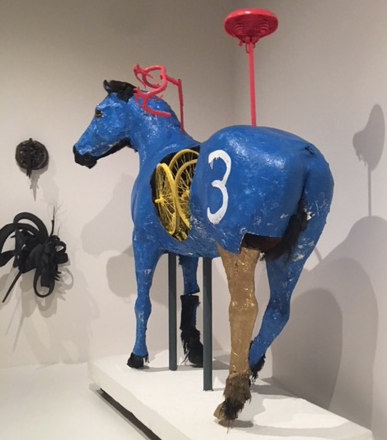 Before arriving, my mother and I had decided to start our museum tour by ﬁnding the foodways section, and by ﬁnding my cousin’s artwork, “Blue Horse,” by BK Adams (pictured, right), in the Visual Art section of the museum. Interestingly, both of the exhibits we sought out are located on the fourth ﬂoor, meaning we actually deﬁed the historical chronology of the museum, which begins on the ground ﬂoor with the history of enslavement. We ended up starting from the top ﬂoor, where people of African descent were celebrated in all their glory!

The foodways section was wonderful. It included touching tributes to well-known Black chefs — showcasing Edna Lewis’ cookbook, Leah Chase’s chef coat, Patrick Clark’s photo and bio, and Joe Randall’s colander and cookbook, and more. The museum also told the stories of Black farmers through ﬁlm and photos, as well as the history of the original “food trucks,” which were carts that hucksters drove around communities selling fresh foods.

We also were able to explore all the amazing exhibits on Black popular culture, such as fashion, style, TV icons, and music. They had everything from afro picks to George Clinton and the Funkadelics’ huge mothership, to Michael Jackson’s glittery jacket and shoes to J Dilla’s production machine. There were so many special items personally donated to the museum, which made it even more special.

Because we spent two and a half hours on the fourth ﬂoor alone, we did not have enough time to see any other parts of the museum. But, amid all the recent murders of black men, women, and children it was hope-ﬁlled to be able to see positive and uplifting exhibits and artwork. And because we live in D.C., we will have more opportunities to explore the rest of the museum. I am extremely grateful to live to see an institution of this magnitude be built in honor of Black life and contributions.

Everyone must see this homage to African American history and culture. Learn more about NMAAHC here. 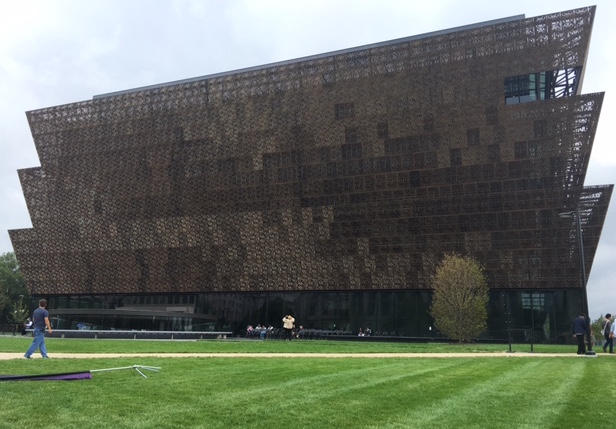