Fausto Luchetti Remembers a Mediterranean Inspired Friendship It is with sincere pleasure and more than a touch of nostalgia that I agreed, as requested by the current President of Oldways, Sara Baer-Sinnott, to recount my experience and so participate in the “Mediterranean Memory a Day” event, an initiative celebrating the 20th Anniversary of the 1st International Mediterranean Diet Conference, Cambridge, Massachusetts 1993, which introduced the Mediterranean Diet Pyramid. 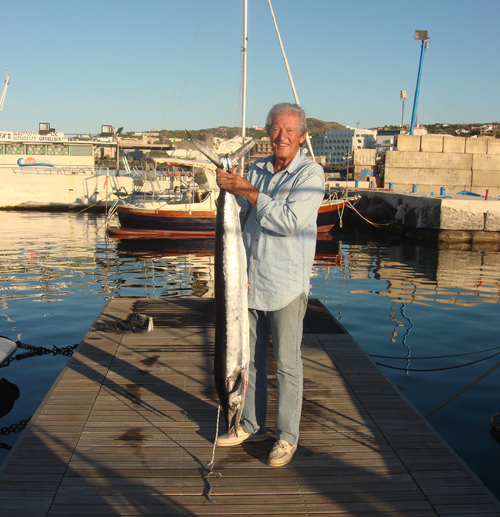 It is with sincere pleasure and more than a touch of nostalgia that I agreed, as requested by the current President of Oldways, Sara Baer-Sinnott, to recount my experience and so participate in the “Mediterranean Memory a Day” event, an initiative celebrating the 20th Anniversary of the 1st International Mediterranean Diet Conference, Cambridge, Massachusetts, 1993, which introduced the Mediterranean Diet Pyramid.

I was present at the event in 1993 as the Executive Director of the International Olive Oil Council (IOOC), a United Nations Organisation that was responsible, amongst other things, for promoting the “Mediterranean lifestyle” in the world and which, along with me, was a strong believer and supporter of that Conference.

This path had commenced a few years earlier, when I had met the founding member and President of Oldways, Dun Giﬀord in the US. The fact that we had many things in common, from the social aspects of our lives to the nutritional and gastronomic side meant that we clicked almost immediately and this encouraged us to lay the foundations of a professional partnership that soon developed into a strong friendship. Our partnership became increasingly strong over the next twenty years, as we organised events, conferences, seminars and symposia, ﬁrst only in the US and then spreading to various other parts of the world, from Europe to Australia, South America, China and Southeast Asia.

The strong imprint of the Mediterranean Diet in the world over the last few decades is the most eﬀective proof of the passion, enthusiasm and, if you will allow me to say so, the professionalism with which we all strived to promote scientiﬁc, nutritional and gastronomic activities in this ﬁeld.

And if today the Mediterranean Diet and lifestyle are much-talked about concepts on the lips of people all round the world, this is largely thanks to the capillary work carried out by Oldways in collaboration with International Institutions such as the International Olive Oil Council, the World Health Organization and the Harvard School of Public Health, entities which, based on rigorous scientiﬁc principles, have made it possible to disseminate this extraordinary diet and lifestyle model throughout the world.

And it is interesting to note how this lifestyle has now spread to the four corners of the globe, putting down roots in the many locations where a particular type of “health conscious” persons exists. Its followers are not united by any one race, language or religion, but simply by the fact that they are careful consumers who care about their health and seek a healthy diet model that enables them to lead a healthy lifestyle.

Over the years my professional relationship with Dun was interspersed with many pleasant moments of relaxation, such as when he would visit my 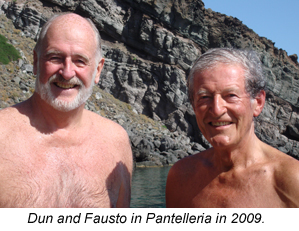 wife Maria del Mar and me in the summer with Sara, coming to Pantelleria, a small Italian Island south of Sicily, and the very strong expression of the Mediterranean lifestyle.

Indeed it was Pantelleria itself that inspired us to organise an event on the island, one that we started to plan together in 2009 summer, and which took place in September 2012, when unfortunately Dun was no longer with us.

There was always only one thing that could ever have interrupted the solid relationship that had been created between Dun and myself: unfortunately that circumstance came about in the spring of 2010, when Dun passed away before his time, leaving a huge sense of loss amongst all those of us who knew him and admired his great charisma and professional ability.

Now, the presence of Sara Baer-Sinnott, Dun’s beloved partner, at the helm of Oldways, is a sure guarantee that the work in which Dun believed so strongly and which he loved so much will continue to gain strength all over the world.