“I have yet to hear of a traditional diet — from any culture, anywhere in the world — that is not substantially healthier than the ‘standard American diet.’ The more we honor cultural diﬀerences in eating, the healthier we will be.”

Those words beautifully summarize the mission and work we have been doing at Oldways since its founding in 1990. K. Dun Giﬀord created Oldways to preserve and promote the “old ways of eating.” Our vision was and remains that:

We like to say, “let the old ways be your guide to good health and well being.” 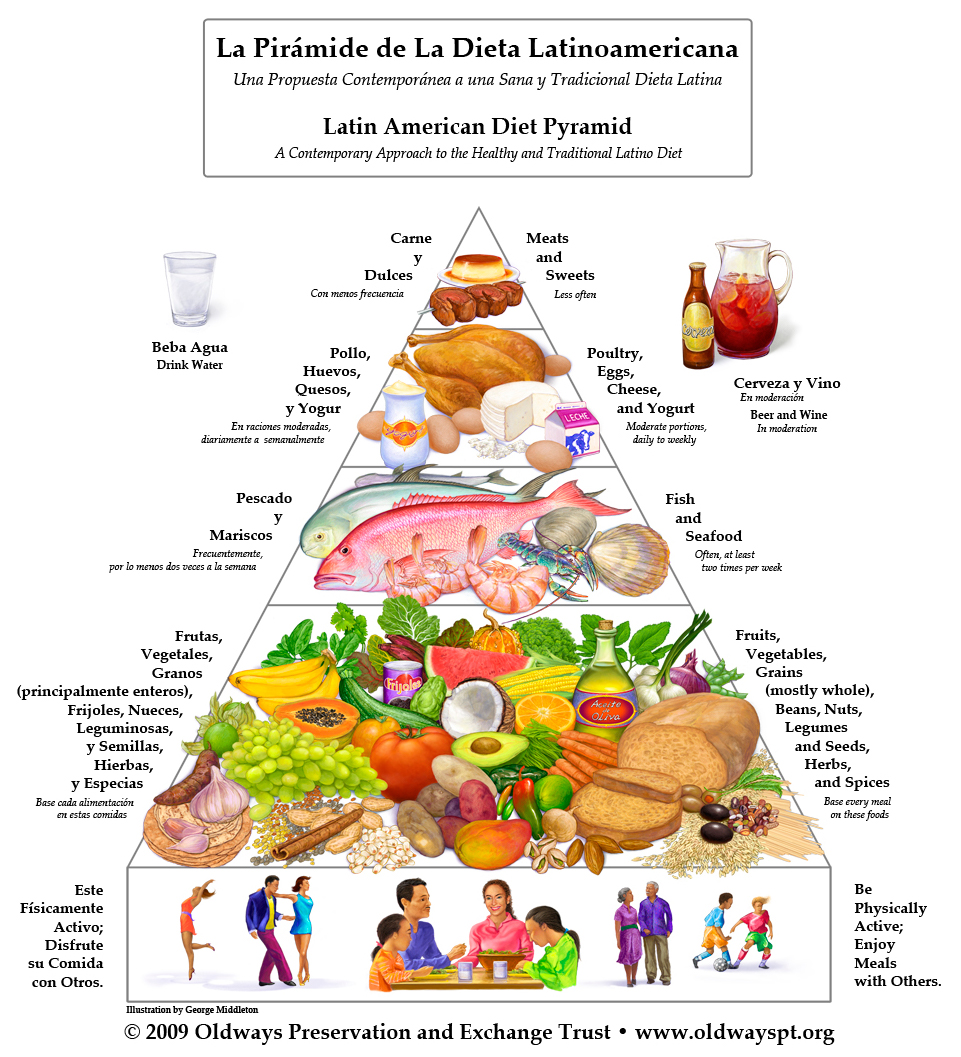 However, we knew that one size doesn’t ﬁt all; Mediterranean cultures don’t hold a monopoly on eating well.

Oldways recognized that healthy, sustainable, culturally-valuable, and delicious ways of eating existed around the globe — from the Far East to Africa and the Americas. Since the mid-90s, we have explored these traditional diets of diﬀerent cultures with experts from around the world — scientists, chefs, culinary historians, and food writers — and created four additional Cultural Models for Healthy Eating.

While it is true one size doesn’t ﬁt all, and that there are wonderful diﬀerences — regional identities — among the many Cultural Models for Healthy Eating, it is also true that there are many similarities. It only takes a look at the ﬁve Pyramids to see their striking similarities. 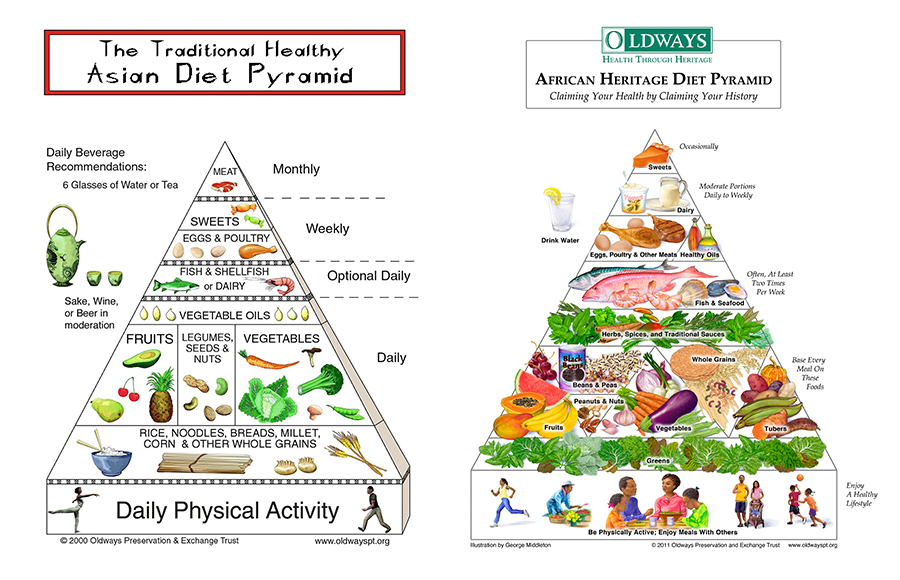 Traditional diets — the old ways — are nearly always plant-based diets. The traditional way of eating around the world, in almost every country or region, puts plants at the center of the plate: vegetables, fruits, whole grains, beans and other pulses, tubers, herbs and spices, nuts and seeds, and healthy oils or fats. Foods from animals — ﬁsh and seafood, cheese, yogurt and other dairy, poultry, and red meat — are still part of an overall healthy traditional diet, just in smaller quantities (of course with the exception of vegan and vegetarian diets). 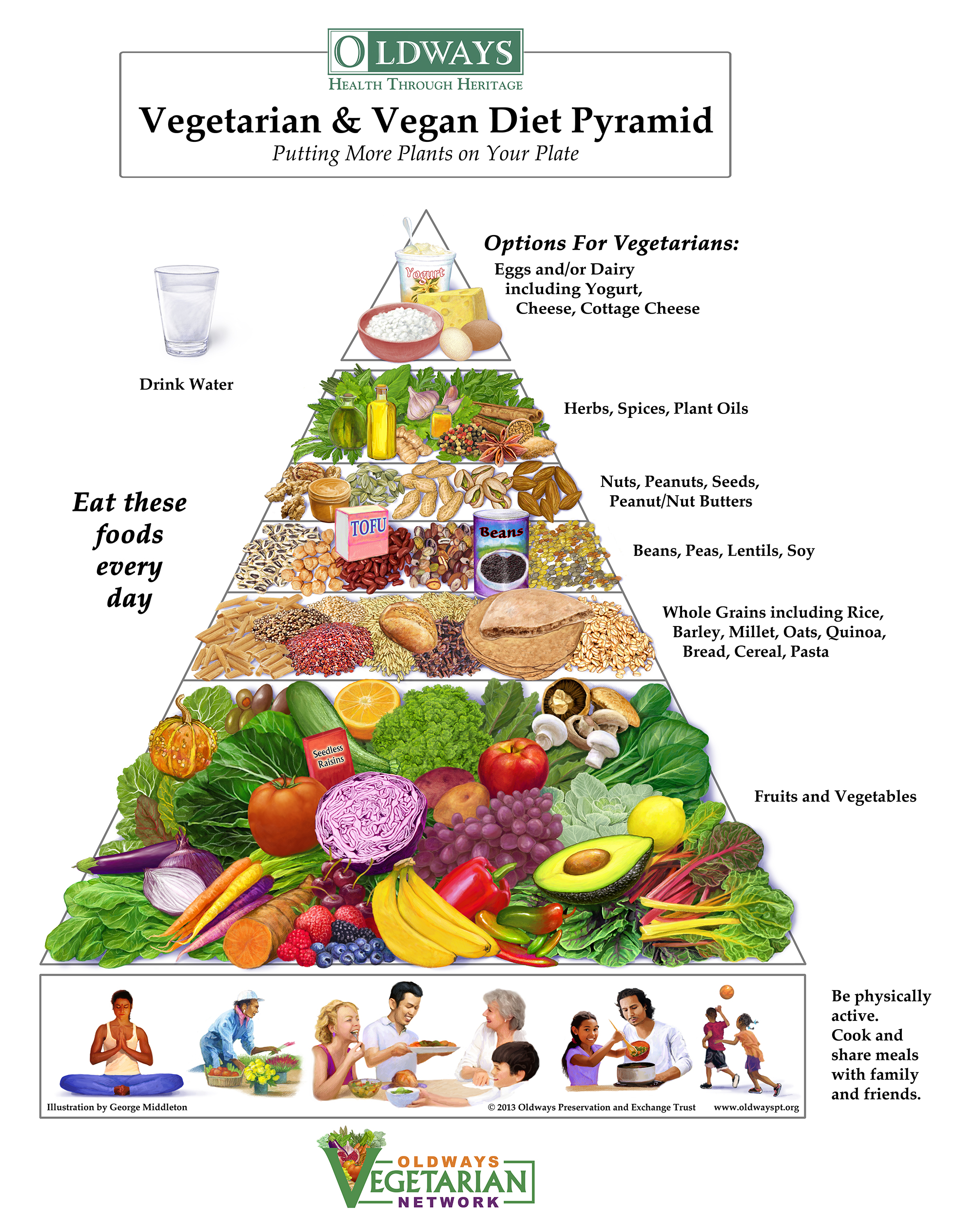 A perfect example of the similarities among diﬀerent Cultural Models for Healthy Eating is rice and beans. Cultures around the world enjoy rice and beans as standard fare. Pasta fagioli or minestrone in the Mediterranean. Dal with rice in India. Jollof rice with black-eyed peas in West Africa. Black beans and rice in Brazil. Brown rice and red beans in the Caribbean. Chinese rice with mung beans in China. Hoppin’ John — black-eyed peas and rice — in the Carolinas and other southern states.

While these global similarities in food choices are what support good health, the diﬀerences among traditional diets are what make each region or country special: the preparations, the herbs and spices, the ingredients/accompaniments. The similarities are simple: traditional ways of eating call for real foods, real whole foods, mostly from plants. Another Michael Pollan quote — his most famous — says it all: “Eat food. Not too much. Mostly plants.”

Susan b johnson
What about the newer American plate?
Katherine-Oldways
Hi Susan, that too emphasizes the importance of fruits, vegetables and whole grains! Here is why we promote traditional diets: https://oldwayspt.org/traditional-diets.