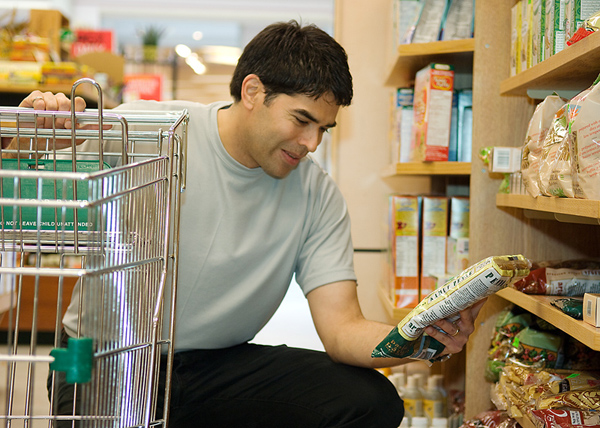 Do food companies need to choose between healthy foods and healthy proﬁts? New evidence from the Hudson Institute, a public policy research organization, says the answer is a resounding NO. In the last ﬁve years, companies who increased their “Better For You” (BFY*) products saw more growth and higher proﬁts than companies peddling less healthy foods. Over the past two decades, Oldways has dedicated much of its eﬀort to creating a climate in which companies selling BFY products can thrive, and we’re tickled pink to see solid evidence that our eﬀorts have made a diﬀerence. We’ve helped companies promote healthy Mediterranean foods, like hummus, olive oil, and Greek yogurt through our Mediterranean Foods Alliance program, and we’ve seen our Whole Grain Stamp create a race to the top among companies trying to outdo their competitors in whole grain content of key products. On the one hand we work closely with companies to encourage them to create better products, while on the other hand we develop education campaigns for consumers, health professionals, and the media, to promote demand for these BFY products. At the end of the day though, every company has to turn a proﬁt, or they’ll have to close their doors and put their workers out of a job. Sometimes it’s been a hard sell to convince companies that their bottom lines will do well if they focus on well-being. But now we have the numbers to show our approach works. The Hudson Institute studied sales and other ﬁnancial data from 15 of the largest US and international food companies, including General Mills, Kellogg’s, Nestle, and Campbell Soup, and found that most of these companies increased the percentage of sales coming from BFY products. In fact, from 2007 to 2011 BFY foods made up about 40% of sales, but more than 70% of the growth in sales. Companies with greater than average share of BFY foods: • grew operating proﬁts by more than 50%, compared to just 21% growth for companies with below-average BFY portfolios • returned 15% more to shareholders than the not-so-BFY companies (49.9% vs. 34.2%) • were rated more favorably by consumers We heartily agree with the Implications for Action at the end of the report, which conclude: “Proof that bottom lines can beneﬁt when companies have a greater percentage of sales from BFY foods could accelerate progress toward the development and marketing of more nutritious foods.” Oldways extends a challenge to the food industry: Take this message to heart. Don’t be timid about expanding the proportion of your foods that are Better For You. You’ll enjoy the satisfaction of knowing you’re improving the health of consumers everywhere, while improving your bottom line. * Deﬁnition of Better For You (BFY) for this report: “Lite” foods (no, low, or reduced calories, or 100-calorie packs) combined with “Good” foods (products generally considered wholesome, for example whole grain products, along with traditional products that have been made healthier but don’t qualify as “lite.”) —Cindy