Oldways and the Cheese of Choice Coalition recently had the opportunity to attend the Winter Fancy Food Show in San Francisco. Although the name of the event sounds somewhat tongue-in-cheek, the Fancy Food Show is the largest specialty food show in the country and brings thousands of buyers, retailers, and other food industry professionals together for several days of networking and product promotion. 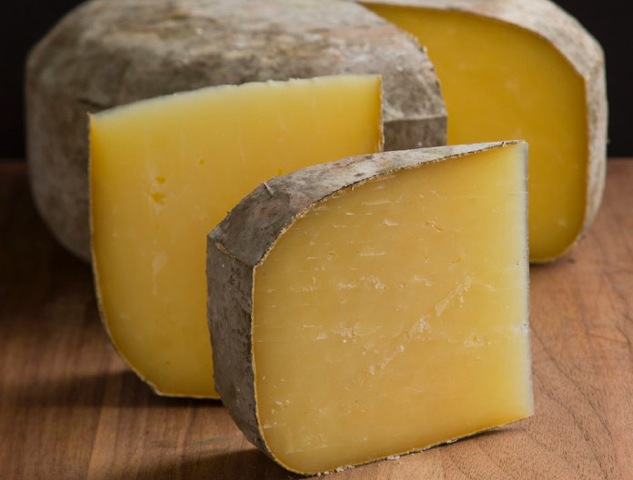 Oldways and the Cheese of Choice Coalition recently had the opportunity to attend the Winter Fancy Food Show in San Francisco. Although the name of the event sounds somewhat tongue-in-cheek, the Fancy Food Show is the largest specialty food show in the country and brings thousands of buyers, retailers, and other food industry professionals together for several days of networking and product promotion.

Oldways and the CCC were at the show spreading the word about our upcoming Raw-Milk Cheese Appreciation Day—a celebration of raw-milk cheese taking place at producers, retailers, and restaurants worldwide this Spring—as well as exploring market and diet trends anticipated in the specialty food industry for the new year. (Oldways President Sara Baer-Sinnott has her own predictions, What’s Old Will Become New Again in 2015)

These products do, certainly, have a time and a place and some even a designated spot in my fridge or freezer. But, for those of us that are a little more discerning, you could ﬁnd amid the advertising glitter, the fancy packaging, and the appeals to innovation, cheese that was decidedly its opposite—good, old-fashioned, traditional cheese made to the highest standard of quality and sold on merit rather than marketing.

Grafton Village makes just this sort of cheese. Grafton Village is a mission-driven company, nestled into the verdant hills of the Green Mountain State and dedicated to making not only delicious cheese but to promoting Vermont’s rural communities. For more than a century, Grafton Village has captured the old-style cheddaring process that has long been forgotten by many of today’s larger cheddar companies. The result is a line of award-wining, raw-milk cheddars that have unique ﬂavor proﬁles evocative of the “slow and savor” pace of Vermont family farms.

A few years ago Grafton Village expanded its roots to include several cave-aged specialty cheeses that have quickly earned worldwide notoriety. This form of innovation looks backwards for guidance and turns to traditional husbandry and production practices rather than the latest and greatest form of eﬃciency, processing, or standardization. Of this stellar line-up my favorite is arguably the Shepsog. Shepsog is a cave-aged tomme with a natural rind. Made seasonally from the mixed raw milk of both Vermont sheep and cows, this gorgeous wheel develops complex and earthy ﬂavors as it ages for at least ﬁve months. No surprise, Shepsog had a banner year in 2014 taking home Super Gold at the World Cheese Awards, Gold at the International Cheese Awards, and a First Place ribbon at the American Cheese Society competition. It’s a cheese very much worth seeking out.

Another cheese producer that stood out amongst the lot was Rogue Creamery. Drawing from the beauty and ﬂavors of Southern Oregon’s Rogue River Valley, Rogue Creamery has been inspired by a sense of place for nearly a century. Rogue produces over a dozen diﬀerent artisan cheeses and their portfolio of handcrafted blue cheeses has received international acclaim including recognition as the World’s Best at the World Cheese Awards in London and Best in Show at the ACS conference. All Rogue cheeses are handmade using only sustainable and natural grass-based milk— ﬂavors are inﬂuenced by new world terroir and innovation of traditional techniques. Owners David Gremmels and Cary Bryant honor the spirit of the creamery’s founders, the acclaimed Vella family, in their extraordinary dedication to sustainability, service, and the art of traditional cheesemaking.

To say that Rogue Creamery stood out amongst the lot is actually quite an understatement at this particular Fancy Food Show: co-owner David Gremmels was awarded the prestigious Business Leadership Award by the Specialty Food Association. The honor recognizes individuals who have gone above and beyond in advancing food production standards; individuals who through innovation and vision are creating social, economic and environmental impact. Rogue Creamery stands as a beacon in the specialty food industry, pointing the way forward to a more traditional food system embedded in seasonality and place and respectful of cultural and culinary heritage.

As if that wasn’t enough, Rogue Creamery make exceptional cheese to boot. Rogue River Blue is my personal favorite. This unique artisan blue cheese takes its cue from centuries old Basque techniques and reﬂects a deep connection to artisanship and the land. Rogue River Blue is wrapped in local Carpenter Hill Vineyard Syrah leaves that have been soaked in the Pear Brandy of Clear Creek Distillery just up the road. The collaboration with other local artisans is not only a prime example of the ways the creamery is inspiring a thriving local food economy, it also creates a synergy of ﬂavors that come together to make a truly delightful cheese.  With notes of berry fruit and burnt cream, complimented by the oak and spice of the brandy, Rogue River Blue is a cheese lover’s dream.

You can learn more about both Grafton Village and Rogue Creamery by exploring the Cheese of Choice Coalition’s new Cheese Database. The Database features detailed accounts of the exceptional artisan cheeses produced by our members. Unlike at the Fancy Food Show, the cheese producers featured here are already curated for their exceptional commitment to tradition and for their unrivaled reputation for quality. The innovation that does occur takes its cue from time-tested production methods. Its serves to create not only terriﬁc cheese, but to inspire a new food economy that is respectful of the old. As we like to say around here, “the old ways are the new ways.” And these cheese producers prove it.