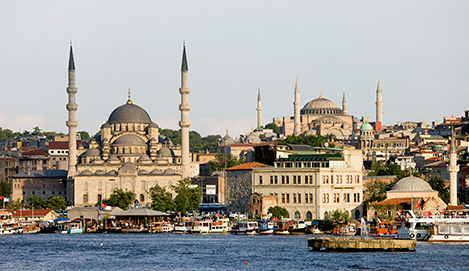 Ana Sortun and Oldways traveled to Turkey, March 15-22, 2015, for another spectacular week-long journey in this most captivating of countries. We visited the Aegean coast—from Bodrum to Izmir, where artichokes, fava beans, and all wild green edible things are in season. We found amazing landscapes with stunning historic sites to visit. While we were on the coast, we also toured the ruins of Ephesus, the ancient Greek city built in the 10th century BC. And, since a trip to Turkey isn’t complete without a stop in Istanbul, we explored the classic, historic, and cultural sites, as well as Ana’s new food discoveries in this mesmerizing city.

Itinerary at a Glance

Day 1: Welcome to Turkey
Welcome session at Hotel Kalehan in Selçuk, south of Izmir, near the ancient city of Ephesus. Introduction given by Ana Sortun, Sara Baer-Sinnott, and guides Tuba Satana (Turkish food expert) and Oguz Göncü (oﬃcial guide). Followed by a tasting of wines from Suvla, an organic family winery on the Aegean Sea, and a dinner, featuring local specialties.

Day 2: Ancient Cities
Kicked oﬀ the day with a wonderful, traditional breakfast buﬀet at Hotel Kalehan. Toured Ephesus, the legendary ancient city, for half the day. Famous inhabitants and visitors of Ephesus include Cleopatra, Mark Anthony, Augustus, St. Paul, the Virgin Mary, and John the Apostle. Wine tasting and lunch at Restaurant Artemis in Sirince, a small, enchanting village nearby. Then, back to Hotel Kalehan for Ana Sortun’s ﬁrst cooking demonstration and dinner.

Day 3: Local Specialties
Stopped at the daily ﬁsh auction in Urla, on the way to Izmir. Each day the ﬁsh supply is diﬀerent, depending on what the local ﬁshermen caught the previous night. Walked along the dock to Unal Kardesler Katmer Salonu (katmer restaurant), where we watched katmer (pastry dough, cooked on a griddle, ﬁlled with meat or cheese) being made and had a taste ourselves. Next, stopped at Urlice Winery, a family owned and operated boutique winery, for a light lunch and wine tasting. Arrived at Izmir’s Swissotel, a ﬁve star hotel surrounded by landscaped gardens and overlooking the Kordon (waterfront promenade) in the afternoon. Dinner at the Aquarium Restaurant, named for its views into the hotel pool and out to sea, in the hotel.

Day 4: Road Trip
Drove west to the village of Ildırı, where we toured Erythrai, one of the 12 cities of Asia Minor with amazing views of the Greek island of Chios. It was famous for producing millstone, wine and timber. Continued to the coast, where we had a local lunch at Asma Yapragı in Alaçati, followed by time to explore the city on our own. Returned to Izmir for a free evening to relax and enjoy room service or enjoy a night on the town.

Day 5: Food and Culture
Caught an early ﬂight from Izmir to Istanbul. Visited both the Florence Nightingale Museum, where she was a nurse during the Crimean War and the market district of Kadıköy, an un-touristy section of Istanbul on the Asian side. Ate lunch at Çiya, one of Ana Sortun’s favorite restaurants in the world, with Chef Musa Dagdeviren. Took a cruise to cross the Bosphorus to the European side of Istanbul and checked into the Hagia Sophia Old City Istanbul Hotel in Sultanahmet (Old Istanbul or Stamboul).

Day 6: A Day in the City
Enjoyed breakfast at the Hagia Sophia Old City before setting oﬀ for our ﬁrst full day in Istanbul. Visited Topkapi for a guided tour of the Ottoman Sultan’s palace with Oguz, followed by another guided tour of the world class Hagia Sophia. Option to continue to the Blue Mosque. Met at the Istanbul Culinary Institute for our second cooking class and dinner with Ana in the evening. The Istanbul Culinary Institute provides professional culinary education and also aims to support international information exchange and sharing.

Day 7: Spices, Stores and Fatih
Started the morning with a visit to the Spice Market, then walked to the nearby Fatih district with a market for shopping. Ate lunch at Seref Büryan Salonu, a traditional kebap restaurant, in Fatih. Gala farewell dinner at Surplus, a new restaurant owned by Vedat Basaran, a friend of Oldways and Oleana. The glass-surrounded restaurant has views of the Bosphorus and the Golden Horn. 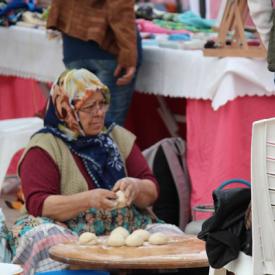 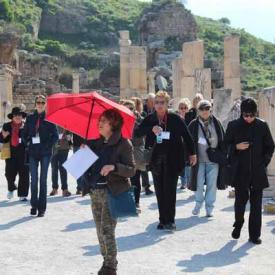 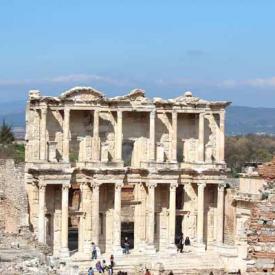 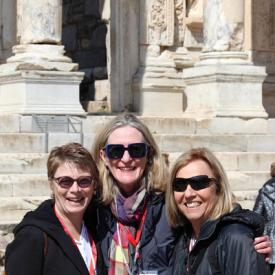 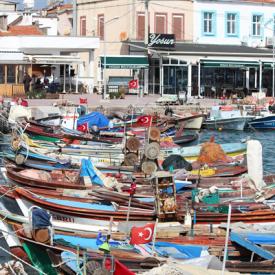 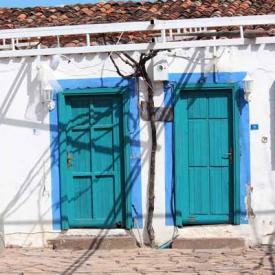 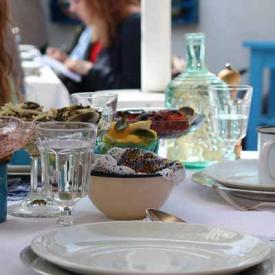 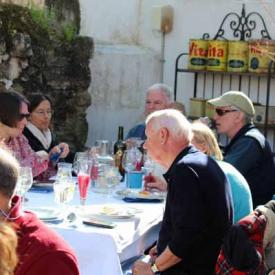 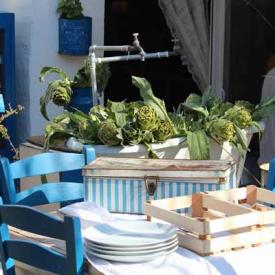 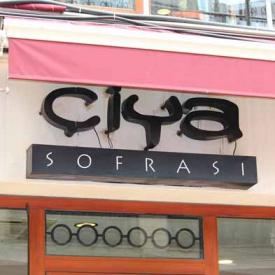 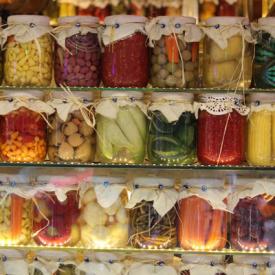 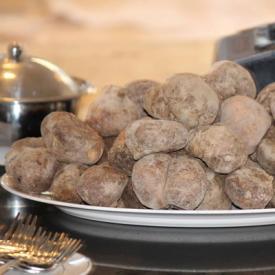 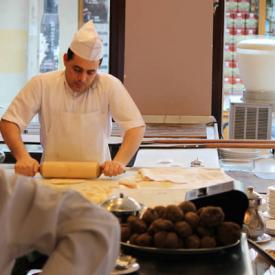 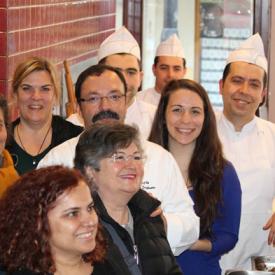 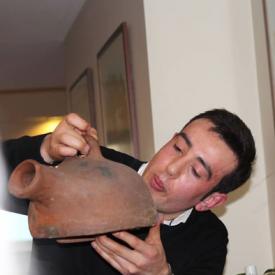 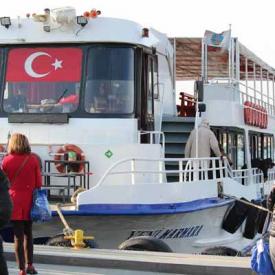 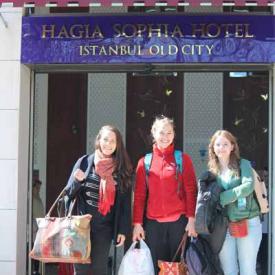 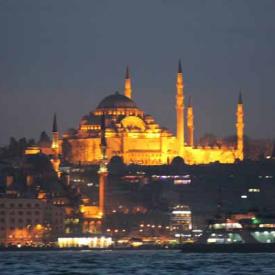