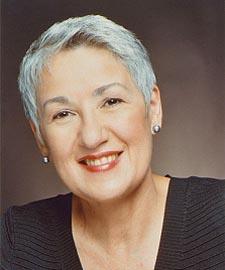 Michele Scicolone is a cookbook author and writer who specializes in food, wine and travel. She is the author of 16 cookbooks, the latest being The BLT Cookbook co-authored with chef Laurent Tourondel, and Essentials of Italian Cooking (Williams-Sonoma). Entertaining with the Sopranos was published by Warner Books in 2006. Her previous book, The Sopranos Family Cookbook, co-authored with Allen Rucker, was a number one New York Times bestseller published in 9 languages. She was also one of the editors of the 75th Anniversary edition of the classic Joy of Cooking.

Her book 1,000 Italian Recipes, was nominated for a 2004 James Beard Award and was a main selection of The Good Cook book club. Italian Holiday Cooking (Morrow) was chosen as one of the Top Ten Cookbooks of the year 2001 by Food & Wine magazine. Michele is also the author of Savoring Italy, published in 1999 by Williams Sonoma and Time Life. Pizza—Anyway You Slice It! was co-authored with her husband Charles and published in 1998 by Broadway Books. The book received high praise in a New York Times review. A Fresh Taste of Italy was nominated for a Julia Child Award as the Best Italian Cookbook of 1997 by the International Association of Culinary Professionals and was chosen as one of the ten best cookbooks of the year by Amazon Books. La Dolce Vita, a collection of recipes for “life’s sweet pleasures” Italian desserts, has been released in a paperback edition from Harper Perennial. It was nominated as the Best Dessert Book of 1994 by the International Association of Culinary Professionals. Her previous book, The Antipasto Table, was nominated by the James Beard Foundation as Best Italian Cookbook of 1991. Michele is also the author of two books on ﬁsh cookery published by Harmony Books. Michele’s articles have appeared in Bon Appetit, The Wine Spectator, The Los Angeles Times, The Washington Post, The Wine Spectator, The New York Times, Gourmet, Food Arts, and many other publications.

Television appearances include Emeril Live, The CBS Morning Show, Good Morning America, and Cooking Live, as well as many local television and radio programs. She has served as a judge for both the Julia Child and James Beard Foundation Book Awards. She teaches cooking at schools around the country including De Gustibus at Macy’s, Sur La Table, The Institute for Culinary Education, and Ramekins. Michele has been a spokesperson for Williams Sonoma and the Italian Trade Commission and has lectured on Italian culture and cuisine at The Smithsonian Institute, Hofstra, and Henderson State Universities. Learn more about Michele Scicolone.