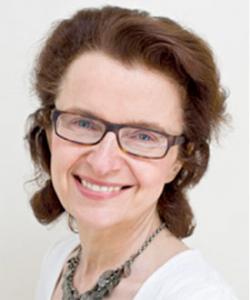 Simply Ancient Grains was selected as a top cookbook for 2015 by the Washington Post, the Huﬃngton Post, and Sweet Paul, as well as on NPR’s Here & Now. It also won an M.F.K. Fisher award, ﬁrst prize in the book category.

Maria’s ﬁrst cookbook, Ancient Grains for Modern Meals, received multiple awards, among them the coveted Julia Child Award. Both the New York Times and the Washington Post named Ancient Grains a top cookbook, and Cooking Light included it as one of 100 best cookbooks of the past 25 years.

Raised in Greece and Germany, Maria has a lifelong passion for whole grains. She is a veteran journalist and food writer and has contributed to numerous publications in both the US and Germany. For more, visit www.MariaSpeck.com