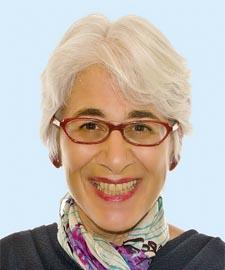 In 2005, William Morrow published Lorna’s Pressure Perfect, her deﬁnitive work on pressure cooking. This latest volume contains over 200 recipes and divulges all of the cooking secrets Lorna has developed over almost two decades of cooking under pressue. For many years, Lorna was a vegan. During this time she wrote many vegan cookbooks, including Recipes From an Ecological Kitchen (now called Lorna Sass’ Complete Vegetarian Kitchen in the paperback edition), Lorna Sass’ Short-Cut Vegetarian, The New Soy Cookbook, and The New Vegan Cookbook. Her fourteenth cookbook, Whole Grains Every Day, Every Way, was published by Clarkson Potter in November 2006 and was awarded the prestigious James Beard Award in the “healthy focus” category, reﬂecting her passion for an organic, health-promoting, sustainable way of eating.  For further information, visit lornasass.com.