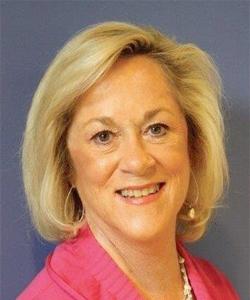 Connie earned her master’s degree in education/counseling from the University of Missouri-St. Louis and a bachelor’s degree in food and nutrition from Fontbonne College in Saint Louis. She is a former president of the American Dietetic Association, and served as a delegate from the state of Missouri to the ADA’s House of Delegates. Prior to her appointment at Washington University, Connie worked in a private practice with physicians, corporations, and as an instructor at Fontbonne. She is a former television nutrition reporter with St. Louis’ NBC and FOX aﬃliates. She is the co-author of The Everything Mediterranean Diet Book: All You Need to Lose Weight and Stay Healthy!, which was published in December 2010.