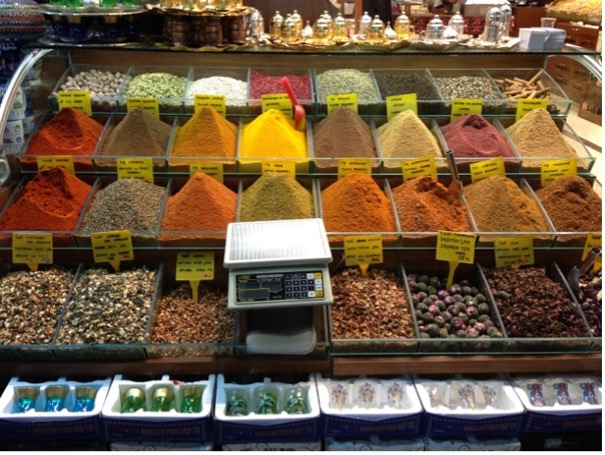 You probably didn’t think twice before reaching for the pepper mill in preparing last night’s dinner. Yet, the contents of that pepper mill, what you hold in your hands, is the culmination of a long and complicated history—of lands discovered, wars waged, deception, ﬂavor, and mystery. Spices such as cinnamon, cardamom, clove, ginger, nutmeg, and turmeric were central in the creation of vast empires. In the Old World, spices created great wealth for those who controlled them. The Spice Routes (aka Maritime Silk Roads) were a network of sea routes linking the East to the West, from the west coast of Japan, through the islands of Indonesia, around India to the Middle East, and from there, across the Mediterranean to Europe.

Thanks to those long-forgotten, intrepid sailors and entrepreneurial traders, nowadays spices are readily accessible. This is a good thing of course, as spices intensify the ﬂavor and aroma of food. Today, diﬀerent spices are being studied for their role in ﬁghting inﬂammation, reducing pain, improving blood sugar control, and helping support memory and cognitive function. Spices also allow you to be creative and adventurous with your cooking. No more boring weeknight meals. You just need to add a bit of spice to your life. 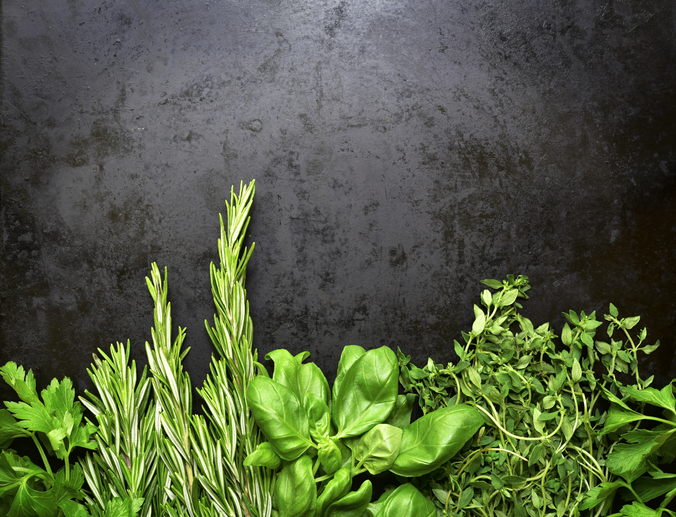 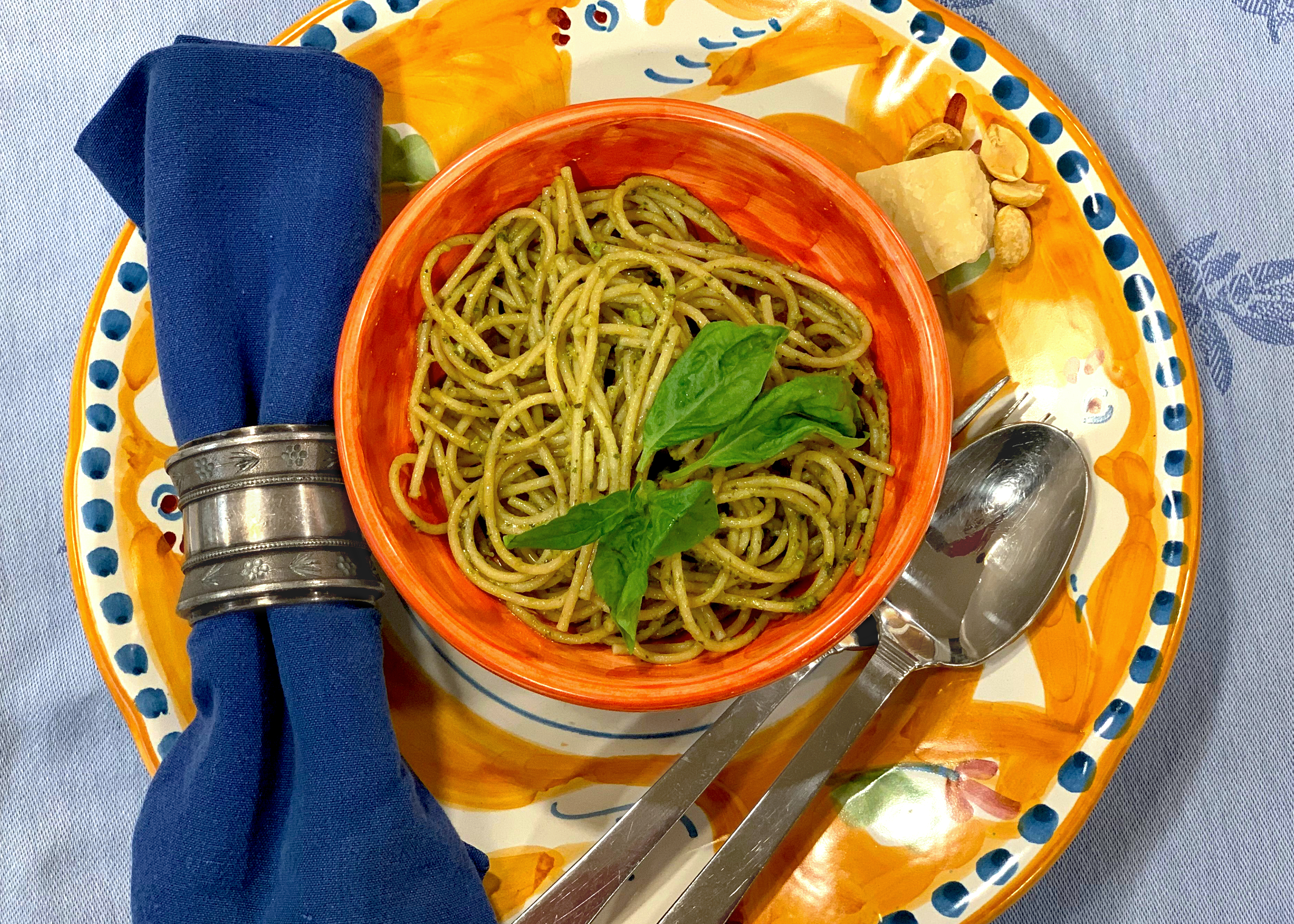 Basil is an annual herb in the mint family. It’s well known as the classic herb for making pesto and can be used fresh or dried to ﬂavor meat, ﬁsh, sauces and salads. 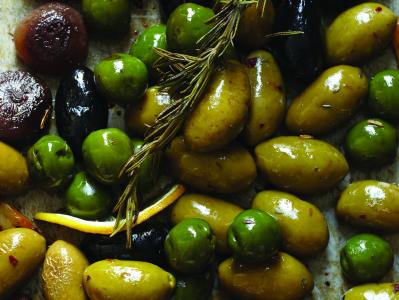 Rosemary is actually an evergreen shrub, a perennial native to the Mediterranean. Very aromatic and sweet, it is used in Mediterranean cooking as a ﬂavoring in meat and vegetable dishes.

Mint is a perennial, fragrant and with many varieties. The plant is hardy, and spreads easily, so be careful where you plant it. Used frequently in Eastern Mediterranean cooking, mint adds wonderful ﬂavor to salads, vegetables, sauces, spreads, beverages and desserts. Fresh mint is usually added after a dish is cooked; dried mint can be used when cooking soups and stews. 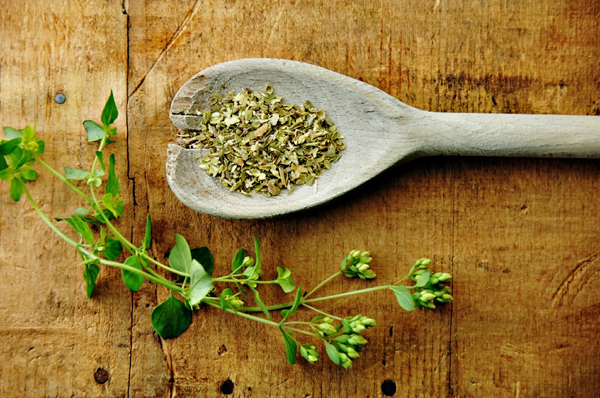 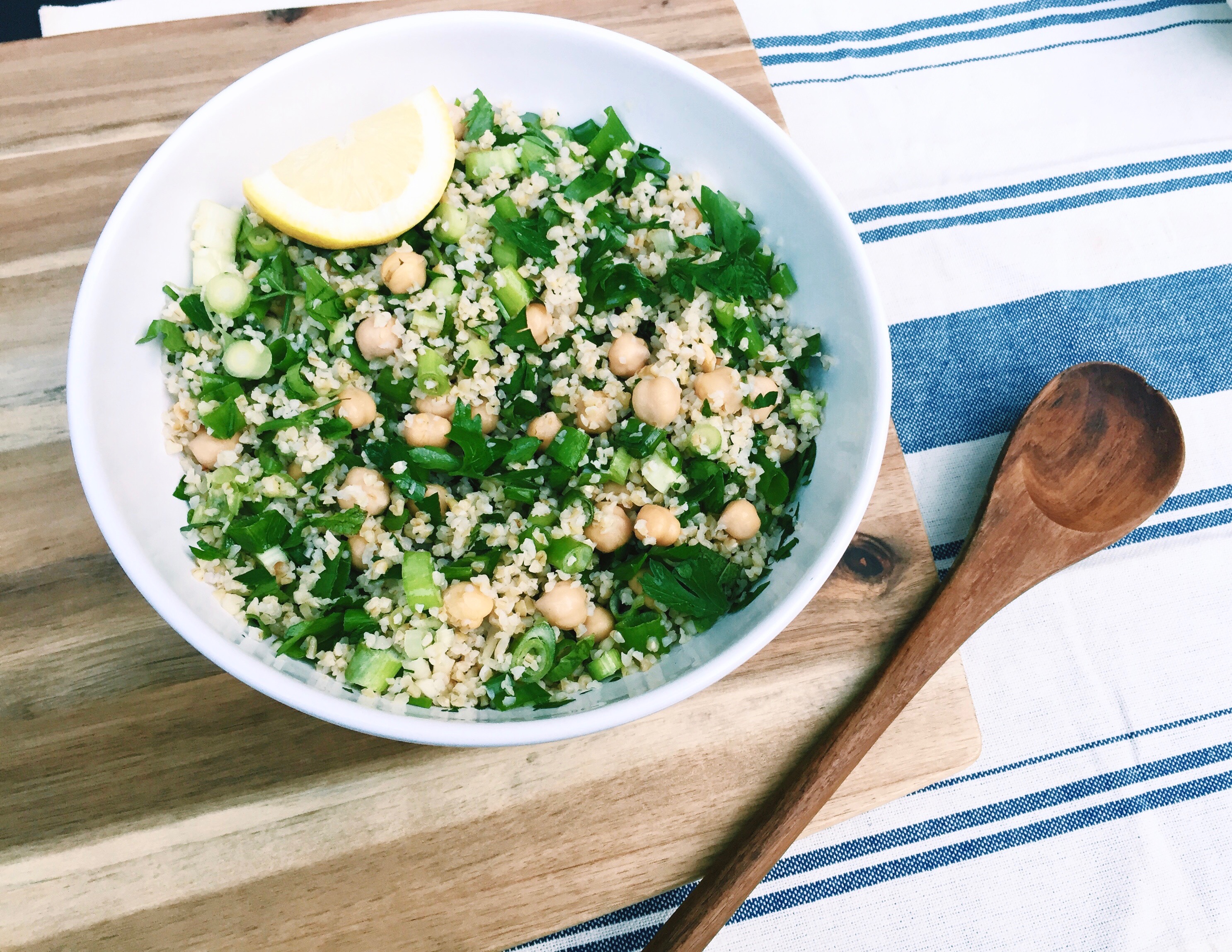 Parsley is and herb most often used as a garnish, a condiment, or a ﬂavoring. It’s also used in sauces and salads, and comes with ﬂat or curly leaves, as well as dried.

Thyme is a woody perennial Mediterranean herb that can be used fresh or dried as a garnish or ﬂavor for soups, meat dishes, salads, and mixtures such as Herbes de Provence (see above). Thyme diﬀers from Wild Thyme, which is also a perennial, but it is thicker. 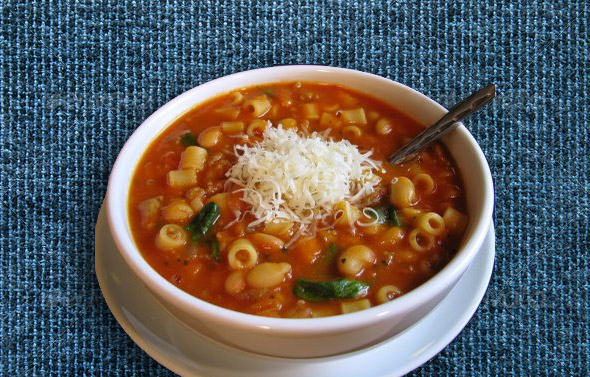 Sometimes spices are used alone, though when used in combination spices have the ability to create complex ﬂavor proﬁles. Let’s explore some of the more common spice blends used in Mediterranean cooking:

Advieh is a Persian mix of dried rose petals and spices, including cinnamon, cardamom, cloves, nutmeg, and cumin, and is often added to rice dishes and stews.

Baharat means ‘spices’ in Arabic and is a typical blend utilized in Eastern Mediterranean cooking. There are variations depending on the region, but expect to ﬁnd black pepper, coriander, cumin, cinnamon, cloves, cardamom, and paprika. Baharat is a warming spice that lends a pleasing savory, slightly sweet and subtle heat to rice pilafs and couscous, soups and stews, or as a dry rub for meat and vegetables. Lebanese seven-spice is a type of baharat.

Italian Herb Seasoning is a blend of dried Italian herbs such as basil, marjoram, oregano, rosemary, and thyme that will add a punch of ﬂavor to pasta sauces, marinades, dressings, soups, and sauces. 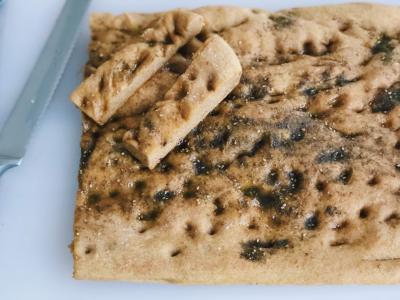 Quatre épices is a French blend of four spices, typically ground black and/or white pepper, cloves, nutmeg, and ginger. In French cuisine, it’s typically used to season anything from soups and stews, grilled chicken, and vegetables, and is added to charcuterie such as pâtés, sausage, and terrines.

Ras el Hanout translates to “head of the shop” in Arabic or ‘top shelf’, referring to the best spices a store has to oﬀer. The blends vary from region to region, from town to town, and even from family to family. Sometimes, ras el hanout is comprised of as many as 50 to 100+ individual spices. In Morocco, it’s used in everything and anything – dry rubs for grilled meats, ﬁsh, spreads, and soups and stews, namely tagines. 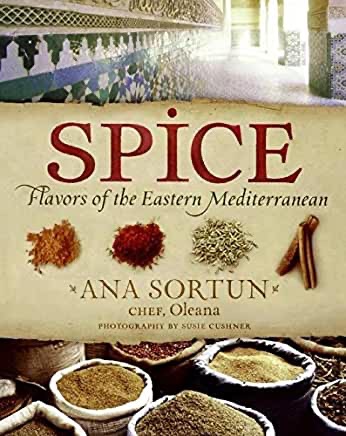 Za’atar Spice is a mixture of sesame seeds, sumac, and herbs (often dried thyme and/or oregano). This combination is traditionally mixed with olive oil and spread on ﬂatbread and baked in the oven. Za’atar is also a ﬂavorful seasoning for roasted meats or vegetables, salads, and any number of dips from hummus to yogurt, or even sprinkled over popcorn.

Are you looking for more information?  Try these recipes or take a look at Chef Ana Sortun’s book, Spice  – a great source of information and recipes.

Want biweekly Heritage Diet information and recipes in your Inbox? Sign up for our Fresh Fridays newsletter by clicking the Subscribe button at the bottom of this page!

louisemerrill@c...
Thsnk you
Janet Diehl
The way you describe the spices and herbs, I can almost smell them. I'd like to learn more about spices & herbs, rather than adding more sugar, salt or fat to add flavor.