The Best of the Eastern Mediterranean

The Eastern Mediterranean—commonly known for its rich culture and traditions, its breathtaking, bright blue beaches and its historic, ancient ruins—encompasses the countries in the east of the Mediterranean Sea, namely Cyprus, Greece, Albania, Lebanon, Syria, Israel, Palestine, Jordan, Turkey, and Egypt. 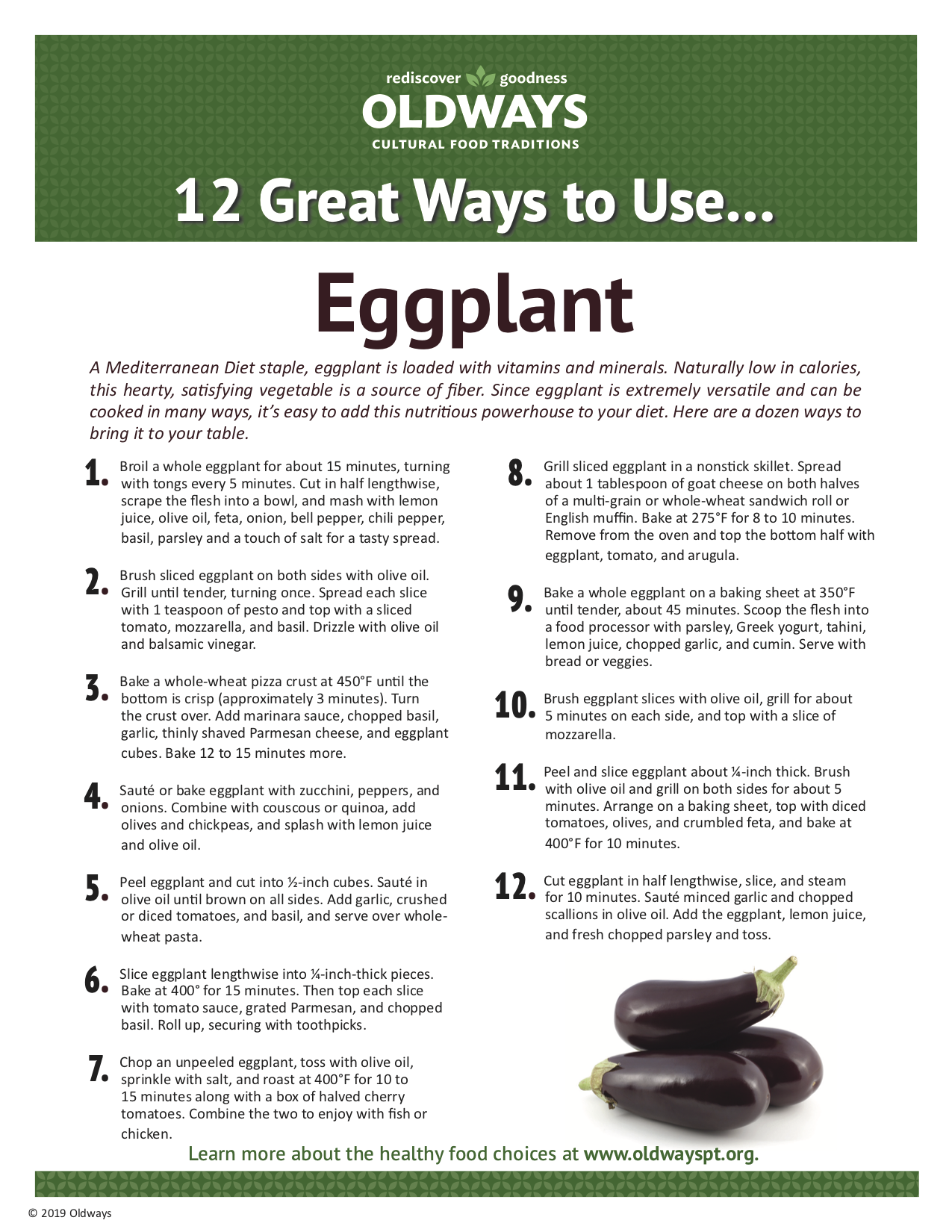 While the understanding of this region’s cuisine is often limited to staples such as hummus, ﬂatbreads, and kebabs, the countries that make up the Eastern Mediterranean each boast unique, yet uniﬁed culinary traditions. Mediterranean cooking is characterized by the shared culinary customs of those who live around the Mediterranean Sea, and while these countries certainly share a common reliance on the consumption of whole grains, vegetables, fruits, nuts, legumes, seafood, olive oil, and herbs, there are distinct diﬀerences between each country’s culinary habits.

The Mediterranean includes a vast array of cultures with diverse cuisines, including the Maghrebi, Egyptian, Levantine, Ottoman, Greek, Italian, Provençal, and Spanish. The Eastern Mediterranean focuses primarily on Egyptian, Levantine, Ottoman, and Greek ﬂavors. However, as a result of the Mediterranean Sea’s inﬂuence on the region’s climate, as well as long-standing connections between these countries, the region shares an abundance of culinary traditions beyond the popularized trio of olive oil, bread, and wine, which is often called the Mediterranean Trinity. Roasted, skewered lamb or mutton, lavash or pita ﬂatbreads, fresh cheeses, and hearty vegetables are all culinary staples of Eastern Mediterranean countries. However, each country has a nuanced way of presenting these culinary gems: for example, meat cooked vertically on a rotisserie is called a shawarma in the Levant, a gyro in Greece, and a doner kebab in Turkey, and each country puts its own unique spin on the dish.

Levantine cuisine, which is typically found in Israel, Palestine, Syria, Cyprus, Lebanon, and Jordan, embraces the ﬂavors of various cultures and relies most heavily on ingredients such as chickpeas, eggplant, zucchini, pomegranates, mint, tahini, feta, halloumi, and lemon. This region is perhaps best known for its traditional small mezze dishes such as hummus, baba ghanoush, and tabbouleh, as well as labeneh (a simple yogurt dip made with olive oil and topped with za’atar) and muhamarra (a spread from Aleppo, Syria with red bell peppers, walnuts, chile paste, tahini, lemon juice, paprika, and pomegranate molasses. It often appears in Levantine and Turkish cuisines). Served with pita and made for sharing, these mezze dishes allow friends and family to come together and celebrate the diverse ﬂavors of the Levant. Levantine dips and spreads are not only nutritious in their own right, but are also a great way to dress up vegetable sides. 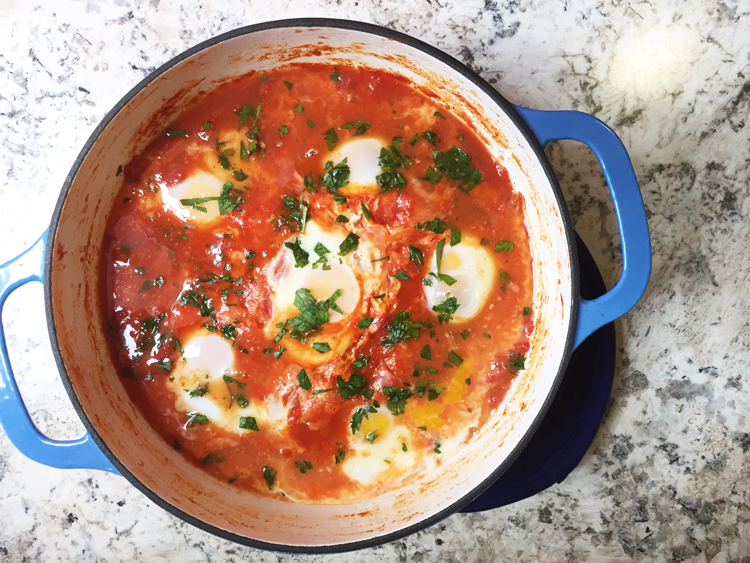 Shakshuka has North African origins, and is a wildly popular breakfast in Israel and the U.S.

Shakshuka is a medley of tomatoes, eggs, and spices. This dish has North African origins, but became wildly popular when it arrived in Israel, where it is enjoyed as a savory breakfast. The splendid mixture of harissa, fresh tomatoes, tomato paste, peppers, garlic, and cumin with fresh eggs makes for a perfect way to start the day. It is quickly becoming a staple on American brunch menus!

Ottoman cuisine is found in Turkey, the Balkans, Cyprus, and Greece. Though Turkey’s cuisine is greatly inﬂuenced by its Ottoman heritage, it is also shaped by signiﬁcant Central Asian, Middle Eastern, and Balkan inﬂuences. In this region, one of the most popular and commonplace dishes is the doner kebab—marinated meat (typically lamb) that has been either stewed or grilled and is served either on pide bread or wrapped in lavash with yogurt or tzatziki, tomato sauce, and butter. Another traditional, hearty dish originating from the Ottoman region is fodula: a carved loaf of fresh rye bread ﬁlled to the brim with calf meat and assorted vegetables and topped with butter. Finally, perhaps the most ubiquitous classic in this region is baklava, a sweet and delectable treat made of layered pastry, ﬁlled with nuts, and covered in ground pistachios and honey or syrup.

The origins of falafel, found at nearly every street vendor throughout many Eastern Mediterranean countries, are unkown and somewhat controversial. Though we don’t know exactly where falafel originated, many consider Egypt a likely candidate. These fried, crispy croquettes of bean or chickpea ﬂour are served either on their own or in a pita with tahini and fresh vegetables. Ful medames, a traditional breakfast made of dried fava beans is likewise a ubiquitous classic in Egyptian cuisine: it typically appears in restaurant menus as a mezze and in street vendors as a mid-day snack. In this dish, creamy fava beans are seasoned with cumin, pepper ﬂakes, chopped parsley, extra virgin olive oil, a lemon garlic sauce and served with warm pita bread. The Dietary Guidelines for Americans recommend that adults eat at least 1-2 cups of beans and legumes each week, because of their ﬁber, plant protein, and essential vitamins and minerals. To get closer to this goal, take a cue from Egyptian cuisine by ordering a falafel wrap, instead of a meat-based sandwich, or by buying some fresh fava beans at the farmers market.

Though the Eastern Mediterranean certainly shares an abundance of culinary customs and practices, each individual cuisine—Levantine, Ottoman, and Egyptian—boasts its own unique spin on traditional Mediterranean cooking. From shareable, delectable mezze dishes to hearty meat dishes such as kebabs or fodula, there is a world of opportunity to try each region’s take on Mediterranean classics.