Dairy in the Mediterranean Diet

For centuries, thrifty Mediterranean cooks have kept fermented dairy products in their kitchens (think of Greek yogurt, and traditional cheeses like Parmigiano-Reggiano!) Our ingenious ancestors discovered fermentation as a way to preserve food. Before refrigerators and grocery stores, fermentation extended shelf-life and retained nutrients in food during long, cold winters. Today, we can use this as inspiration as we stock our own kitchens.

Before refrigeration and pasteurization became widespread, milk spoiled quickly and had to be enjoyed in other ways. Although a glass of milk is not a typical beverage in a traditional Mediterranean Diet, dairy shows up in all sorts of creative and delicious dishes, many of which feature techniques like fermentation to retain nutrition. 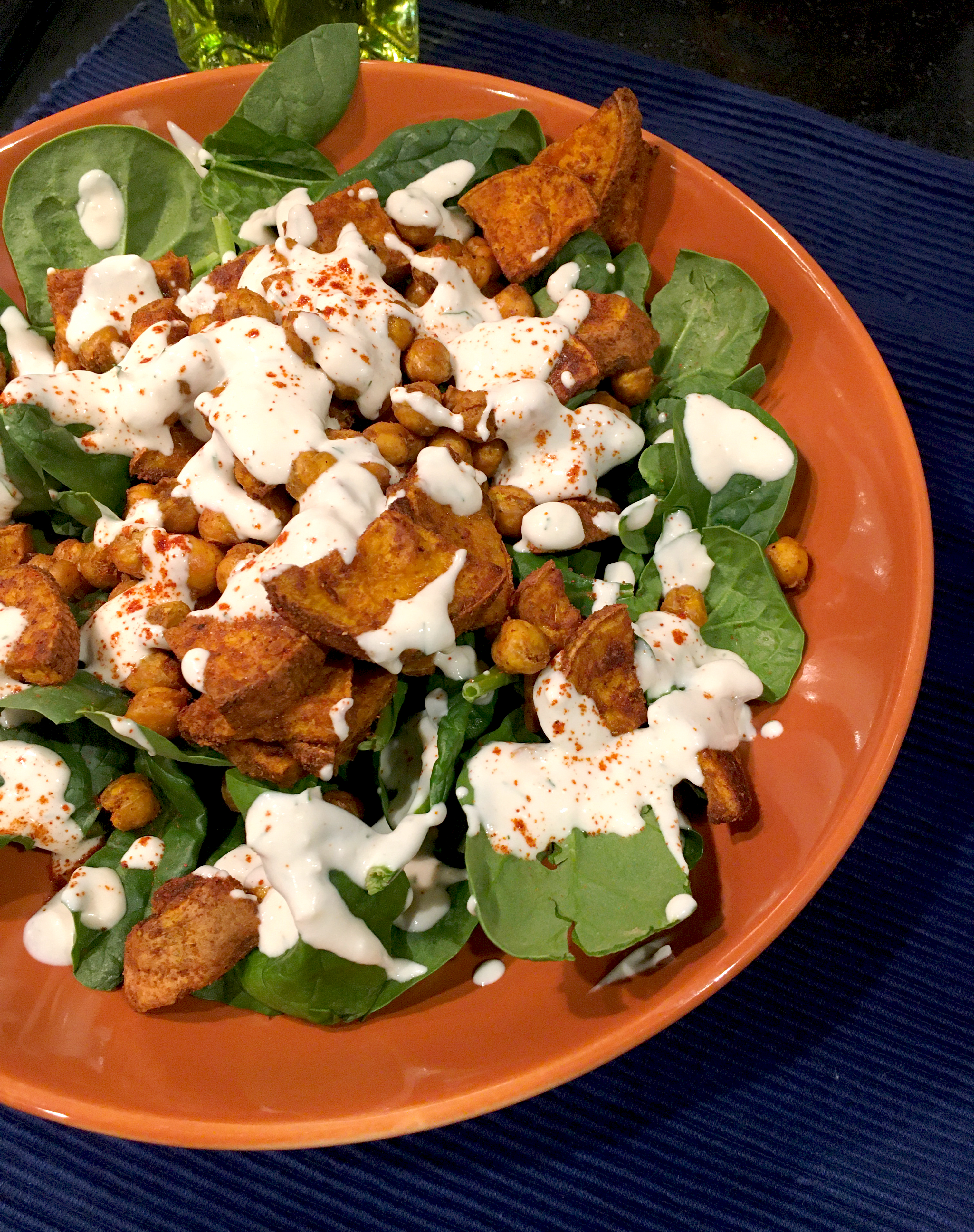 Keﬁr is one of the world’s oldest fermented dairy products. The word “keﬁr” is derived from the Turkish word “keif,” which means “good health” or “feeling good.” It’s ﬁtting as keﬁr is highly touted for its health beneﬁts. Keﬁr is produced with starter grains, known as keﬁr grains, which contain active microorganisms consisting of 83 to 90 percent lactic acid bacteria and 10 to 17 percent yeast. Interesting tidbit: the origin of keﬁr grains remains a mystery to this day.

Labneh is a creamy, tangy soft cheese, similar in texture to cream cheese, made from strained yogurt and very popular in Middle Eastern cuisine. It’s often served as a dip, drizzled with extra virgin olive oil, dusted with spices (e.g., za’atar), and served with warm, grilled triangles of fresh pita. You can easily make your own labneh at home by straining Greek yogurt (with perhaps a squeeze of lemon juice and salt) in a cheese-cloth lined strainer until all the whey is strained out—and what you’re left with a thick and creamy cheese spread.

Crème fraiche is France’s version of fermented dairy. The fermenting agent is due to naturally occurring lactic acid bacteria in cream. You can also make your own crème fraiche by combining cultured buttermilk and heavy cream (not ultra-pasteurized) and heating to tepid (no more than 85 degrees). From there, pour into a clean glass jar and let stand at room temperature for 8 to 24 hours until thickened. Then stir and refrigerate for at least 24 hours before using. Crème fraiche can be used in cold and hot preparations. For instance, crème fraiche pairs exceptionally well with fresh fruit. As well, it can be added to pan sauces (with a fat content greater than 30 percent, it doesn’t risk curdling).

Mascarpone is an Italian cream cheese-like dairy product coagulated by the addition of certain acidic substances such as lemon juice, vinegar or citric acid. Like crème fraiche, mascarpone can be used in hot and cold preparations, with perhaps its most famous use in the decadent Italian dessert tiramisu.

Artisan cheeses are abundant throughout the Mediterranean. Many small producers in this region helped develop (and still use) time-tested techniques, such as using raw milk or allowing for the development of native bacterial cultures and fungi, making cheese in copper vats, or aging on wood boards and even in underground caves. From Parmigiano-Reggiano in Italy, to Manchego in Spain, to Halloumi in Cyprus, there is no shortage of delicious Mediterranean cheeses. When cheese is enjoyed in a traditional Mediterranean diet, a little bit goes a long way. 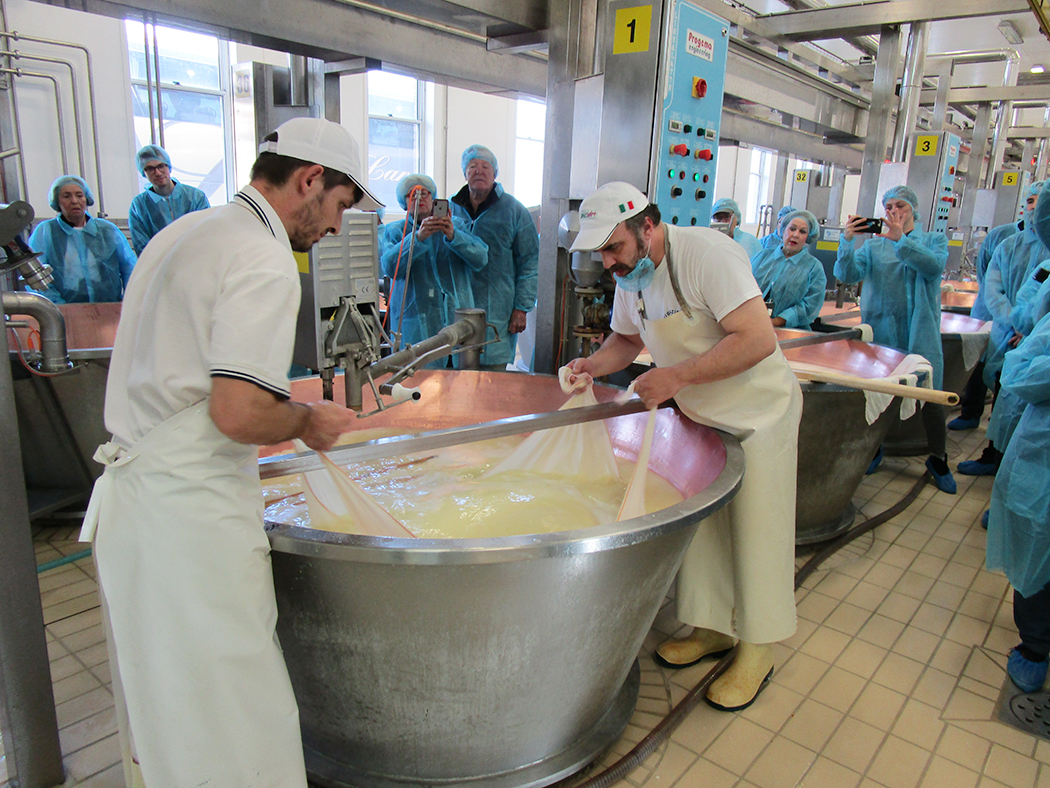 Production of Parmigiano-Reggiano, an artisan cheese, during an Oldways culinary travel tour

Kashk, kishk, jameed, qurt, tarhana…a range of dairy products found primarily throughout the Eastern Mediterranean (e.g., Iran, Turkey, Lebanon, Cyprus). Kashk is traditionally made from drained fermented yogurt, sour milk or whey. It comes in liquid form, a thick whitish liquid, and may also be dried and formed into balls (you reconstitute it with water). Kashk has been described as having a depth of umami ﬂavor similar to that you might ﬁnd in a mature cheese such as Parmigiano-Reggiano. Typical dishes containing kashk include kashk-e Bademjan (a dish of grilled eggplant mixed with kashk), halim bademjan (similar to kashk-e bademjan, but with minced meat), aash-e reshteh (a noodle and legume soup ﬁnished with a drizzle of khask) and mansaf (lamb cooked in a sauce of dried goat yogurt—known as jameed in Jordan—and served over rice or bulgur).

Kashk also comes in the form of preserved discs of fermented milk, buttermilk, or yogurt combined with wheat. At the end of summer, just after the wheat harvest, bulgur is made by boiling, drying and crushing the wheat groats. This is then mixed with the yogurt, spread on trays, and left until the grain has absorbed all of the liquid. The grains are then spread on cloths and left to dry in the sun. In Greece, this fermented grain-yogurt mixture is known as trahanas and is added to soups, porridges, and stews as a thickening agent and for its deep ﬂavor.

Take the Mediterranean approach to dairy by shaving some Parmigiano-Reggiano, feta, or pecorino-style cheeses over a green salad, spooning a dollop of labneh over a dish of chickpeas and vegetables, or enjoying a small piece of Gruyére AOP with fresh fruit for dessert.

Gordon Subject
Awesome info. I love all Mediterranean foods especially cheeses. I try to buy them here in Texas, USA when I can feed them. I believe that those in Europe and surrounding areas come from a long life of many 1000’s years of food traditions. Thank you!!!
Prof Stan Kailis
Dear Editor I very much enjoyed your article in fermented food. My Greek Grandmother's favourite was yoghurt that she nmade herself that she added salt and pepper then strained the free liquid through muslim cloth. She at the end product with dried bread dipped in water. She had no teeth - so the meal was very nutricius for her. Of course she always partook the classic Greek Island Mediterranean diet. Regards Stan
Prof Stan KailisAu
She passed away in 1949 at the age of 84y Regards Stan
Carolyn
Can or how do used powered milk in Mediterranean recipes ?
Katherine-Oldways
Hi Carolyn, to our knowledge, we don't have any recipes that explicitly include powdered milk. However, powdered milk can be rehydrated and used in place of milk wherever milk is called for.