We Traveled to Greece to Return to the Old Ways. Here's What We Learned

Oldways’ very ﬁrst culinary and cultural symposium in the Mediterranean was held in 1991 in Porto Carras, Greece, not too far from the northern Greek city of Thessaloniki. It started our long campaign to bring the Mediterranean Diet — and foods and preparations of the Mediterranean — to American consumers. It’s hard to remember that only 25 years ago the US government was promoting a low-fat dietary policy; companies were manufacturing scads of low fat foods (that turned out to be high calorie and not so healthy); olive oil was mostly an ethnic product; and the only way to easily ﬁnd Greek yogurt and hummus was by traveling to Mediterranean countries like Greece.

“Until recently, and before the Oldways era, the value of olive oil was mostly appreciated in the countries where it is produced, the countries of the Mediterranean basin. We believed in it, and we honored it in our mythology and our traditions.” 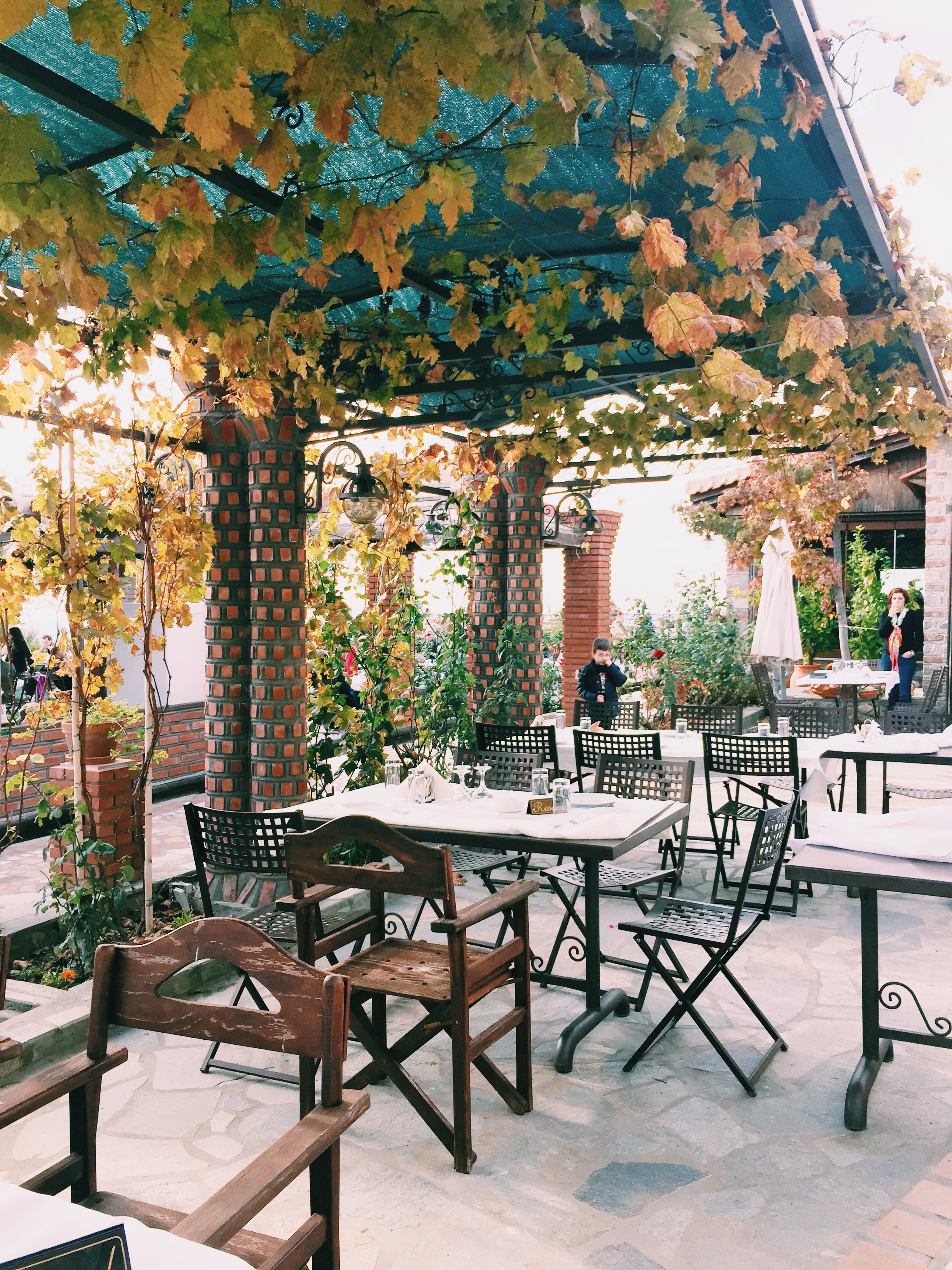 While olive oil is now commonplace here at home, Greece oﬀers many other food traditions and cultural delights not widely known in America. This is in part what we focused on all during the November weeklong culinary journey in Greece with Chef Ana Sortun of Oleana, Sofra and Sarma Restaurants in Cambridge and Somerville, Massachusetts and European Art Curator Ronni Baer.

The program highlighted many facets of Greek life: the cultural and historical attractions; the agriculture and viticulture that produce incredibly delicious, quality products like wine and spirits, olive oil, fruits, vegetables, grains, legumes and more; and the traditional preparation techniques that take these ingredients from the farm to the kitchen.

To take these ingredients from the farm to the kitchen we included cooking demonstrations by Ana Sortun and Greek cookbook author, cooking teacher and journalist, Aglaia Kremezi. Two of the recipes below are from these cooking demonstrations. With these demonstrations we aimed for participants to take home more than memories; our goal is always that participants leave with the knowledge of how to reproduce the tastes of Greece in their own kitchens. As Corby Kummer wrote in The Atlantic about Aglaia Kremezi and Costas Moraitis’ cooking school, Kea Artisanal:

“Cooking classes change the way you look at the world — or certainly the way you look at what’s on supermarket shelves and in your refrigerator. Thus the logic of cooking vacations, which put you in literal touch with another culture and make you want to try things, once you see up close how easy and sensible they are.”

Participants also learned to savor a new rhythm to meals and to life. In Greece and throughout the Mediterranean, eating is more than food. Meals are valued experiences — shared and savored — with friends, family and conversation, often lasting for many hours.

In the end, we organize culinary tours like this Greece Culinaria to give an added appreciation for the old ways and for new discoveries — and an interest in bringing them home, sharing them with friends and family, and making them a part of daily life. The old ways of Greece and the Mediterranean can be the new ways. Join us on our next adventure — Liguria!