There are hundreds, perhaps thousands, of recipes for polenta, and they come from around the globe.  The many diﬀerent recipes for polenta often represent regional traditions. In addition, depending upon the place, the polenta is garnished with local condiments to make a tasty main or side dish.

Polenta today is often considered a comfort food, but in ancient times, it was probably one food that helped entire populations survive.  The ﬁrst polenta was likely made 30,000 years ago, when man learned how to grind roots and cereals, cook them slowly with water and then eat them to survive. That preparation didn’t have exactly the same taste as our modern polenta, but it was made with the same concept: cook cereals, roots or legumes with water to make them edible!

Around the world, especially in Europe, corn ﬂour is the main star of polenta: yellow and shiny corn cooked in a copper pot for hours, constantly stirred to reach a silky, velvety texture.  Sometimes it is extra yellow in color, with just corn ﬂour inside. Sometimes a little bit of buckwheat ﬂour is added to make it even tastier and darker—called Polenta Taragna. Sometimes chestnut ﬂour or beans are added to give the polenta a very special ﬂavor! 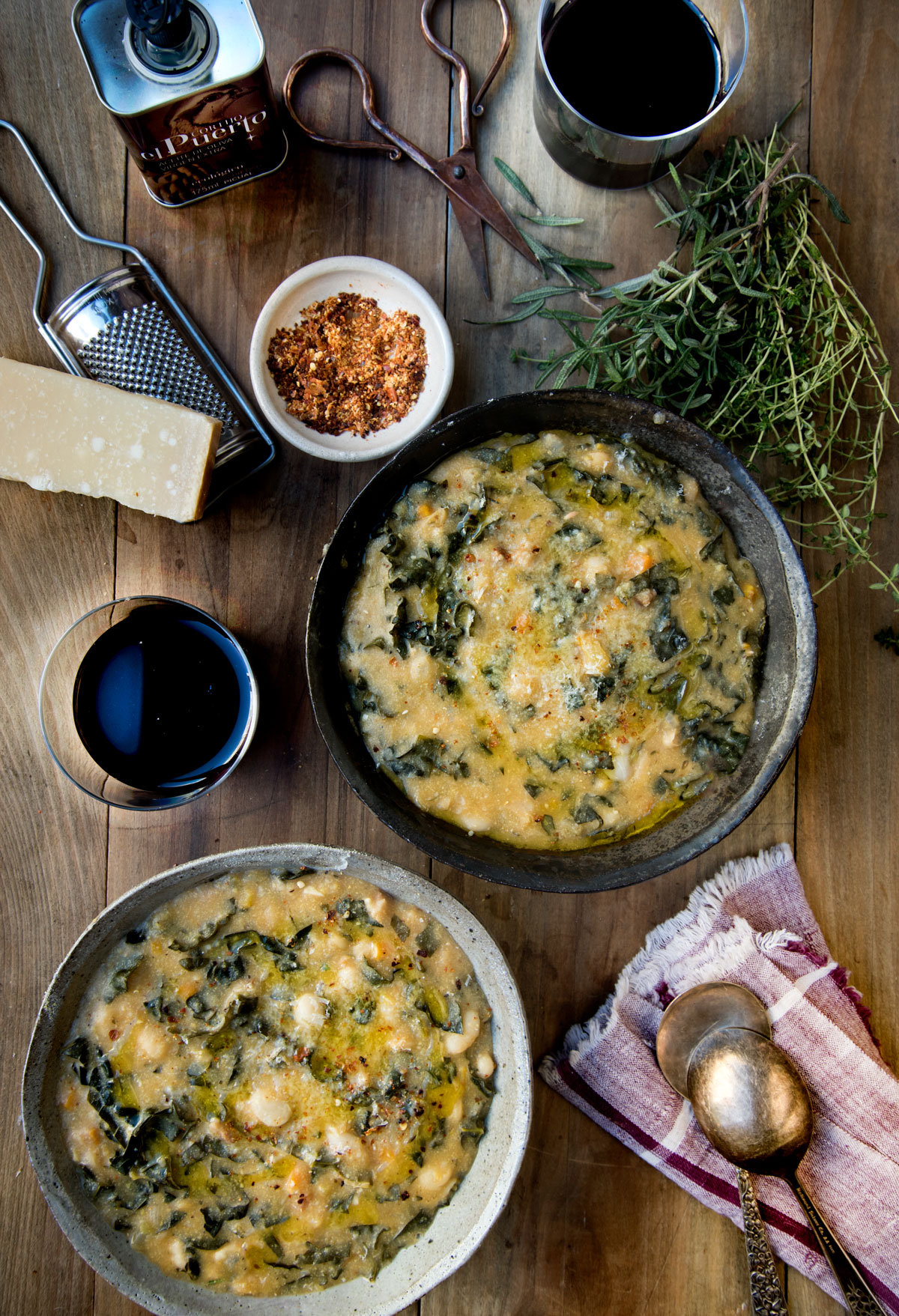 In Italy, polenta is mainly a dish of the north, but there are some examples also in other parts of Italy.

Polenta is so important for Italian culinary traditions that it has obtained the designation of PAT, which means traditional Italian regional food products.  Some particular varieties are also protected by the Slow Food Movement, because some varieties are almost lost, such as a white polenta made from a special white and shiny variety of corn in the northern Italian region of Friuli Venezia Giulia region.

As corn didn’t arrive in Europe until after the Columbian Food Exchange, polenta was made in earlier days using several kind of cereals or legumes according to the availability. In Greece, polenta was often made with barley; in the north of Europe, it was more common to use rye, and then farro, beans, durum wheat in Italy. In Sicily, a special polenta—called Frasculata—using fava beans is still made.  And in the north of Italy, along the Apennine mountains, they are still using chestnut ﬂour to make polenta.

When corn landed on European coasts, as is true for many other products that came from the unknown Continent, it was not immediately welcomed. But by the 17th century, corn was present everywhere in the middle of Europe: Spain, France, Italy and Caucasian regions more than anywhere else, thanks to the perfect temperate climate. The corn production was very eﬃcient, two or three times more than other cereals used at that time, so it quickly became a very important friend of poor people! Easy and fast to grow, easy to store and with long shelf life, as well as cheap to cook (it just needs water), very ﬁlling and really versatile in the preparations. It was absolutely a King to ﬁght hunger in the 17th century! This is the reason why polenta was mainly prepared with corn rather than other cereals during this time period.

Nutritionally the only big issue of corn is the lack of some essential amino acids and that some vitamins usually abundant in cereals are not absorbable. This last aspect, plus an overall poor diet,  were the reasons why Pellagra disease devasted a huge portion of European population during the 18th century, especially aﬄicting poor people and farmers whose diet was almost entirely based on exclusive consumption of corn.

How to Prepare Polenta 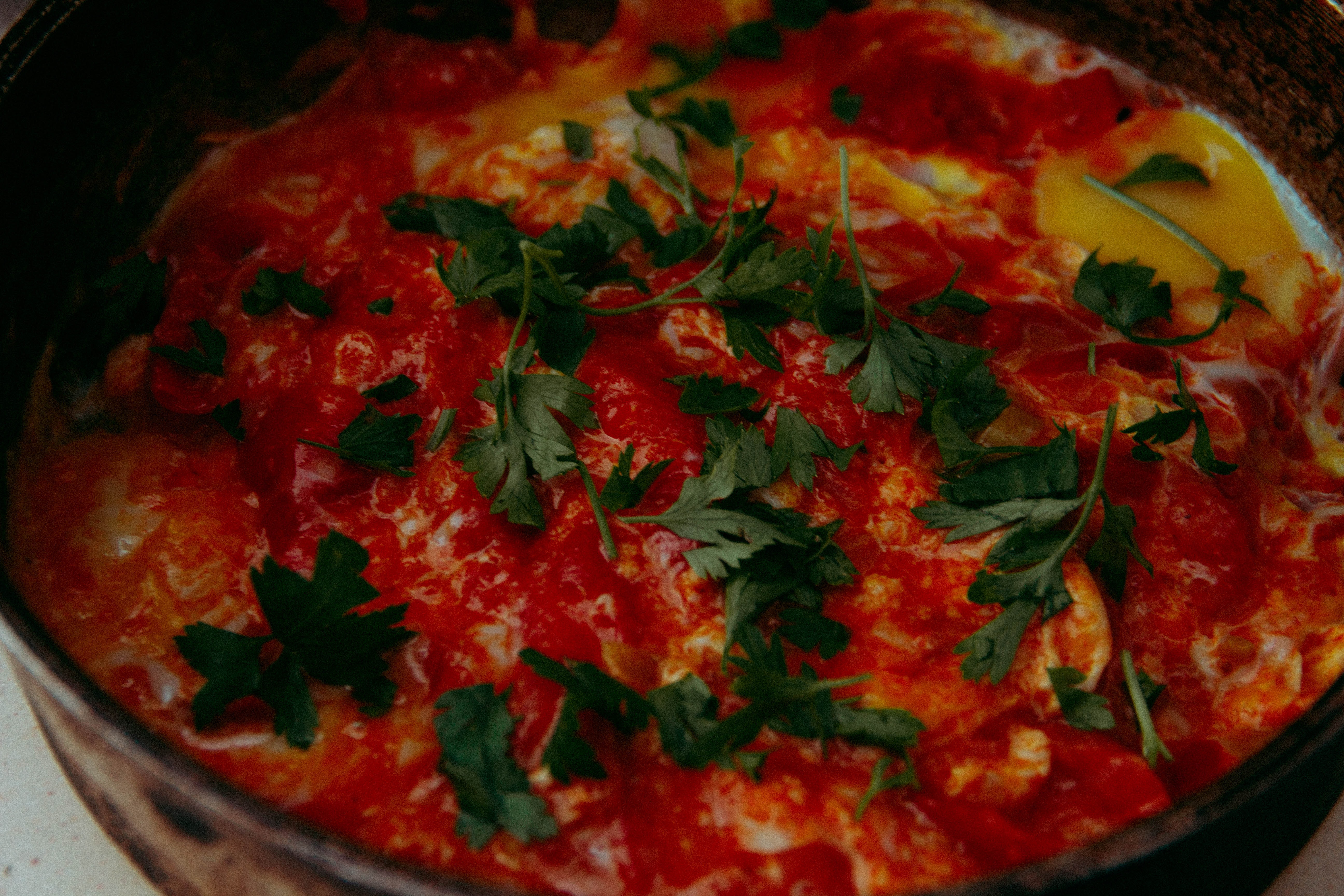 Tomato sauces are often paired with polenta. Photo by Ulvi Safari on Unsplash

Today, polenta is a very versatile comfort food; there are so many sauces and condiments to accompany polenta, creating perfect recipes for all – omnivores, pescatarians, vegetarians, vegans, or those who are celiac or gluten intolerant!

Here are some favorite polenta creations from my home, the north of Italy. It is very common to add tasty cheese, like Fontina or Asiago or Gorgonzola to it, but my most favorite combination (and very typical) is polenta with butter, sage and Parmigiano Reggiano. During fall season, I like to take wonderful fresh Porcini mushrooms and make a ragù (with or without tomato sauce) and then irrigate the polenta plate with this!  Another winter favorite is topping beef stew with polenta.  In Venice, people love to cook squid with tomato sauce and herbs and then serve it with polenta.

A ﬁnal special characteristic: polenta is a perfect leftover food.  It is easy to transform polenta into other amazing preparations: put it on the grill, roast it in the oven like a meat or veggie pie, or even fry it, which is something very special.  In any case, polenta is a simple and really delicious, versatile main course.  Experiment!  Try diﬀerent combinations!

An anecdote: in more recent years, because polenta is mainly a food of Northern Italy, people from the South used to call northern people “polentoni,” or polenta eaters. Although this was a bit of a light insult so common between people from the North and South of Italy, I think that Northern Italians were and are really happy to have that nickname!