One of our current projects at the Oldways Cheese Coalition is a series of surveys on cheese-producing states. Each state’s survey includes four major sections. The ﬁrst section is the number of cheese producers in the state, which is then broken down into producers using raw milk, pasteurized milk, or a combination of the two in their production. This section is followed by a speciﬁc regional breakdown of the producers’ geographical distribution within the state. The third portion of each survey is a dissection of the government and regulatory agencies that have jurisdiction over dairy and cheese production in each of these states. The ﬁnal piece is a measurement of the impact that each state’s dairy industries have on the local economies.

Because the Oldways Cheese Coalition is based in Boston, we decided to begin this project with Massachusetts. Guided by the Massachusetts’s Cheese Guild membership list, we compiled an initial list of producers in the Bay State. This list was completed with the assistance of Ellen Fitzgibbons, the MA Department of Public Health Food Protection Program’s dairy supervisor. The economic impact portion of the survey was completed with the help of Catherine DeRonde, an agricultural economist with the MA Department of Agricultural Resources.

Based on our research, we have compiled a broad proﬁle of the presence of the cheese and dairy industry in Massachusetts. See the statistics below the map. 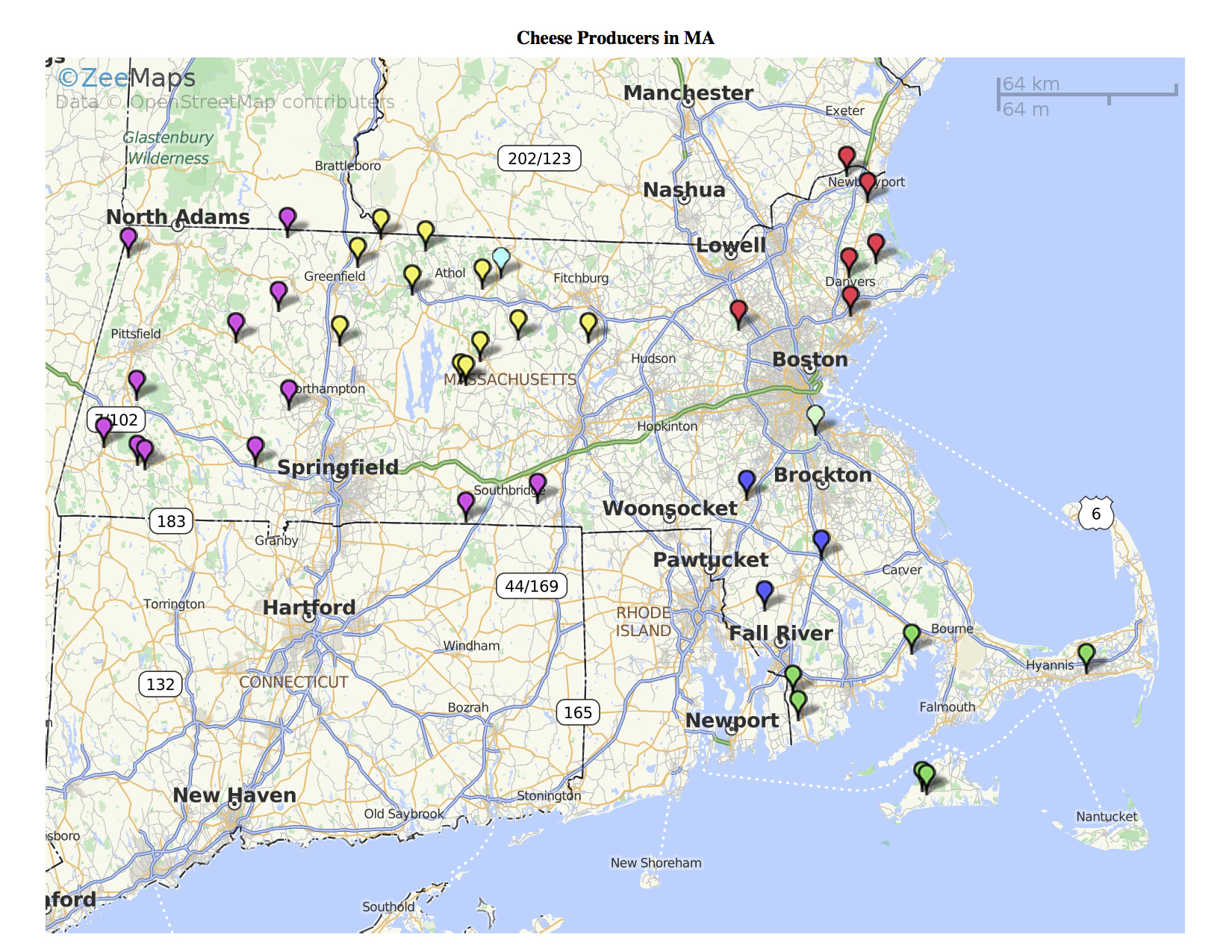 How Cheese Contributes to the Local Economy:

These farmers also provide ascertainable charitable contributions and volunteer hours each year. Their farms also aﬀect the natural environment of Massachusetts, with approximately 87 percent of farms allotting land for recreational activity and 46 percent designating portions of their land for wildlife habitats.

Stay tuned for further updates as we continue to compile state-by-state surveys on the cheese industry across the United States.