Ed Blonz Remembers Cooking, Conferences, and Cultural Connections I consider myself privileged to have been able to participate at Oldways meetings in the U.S. and around the world.  These symposia were unique as they brought together scientists, journalists and culinary professionals. 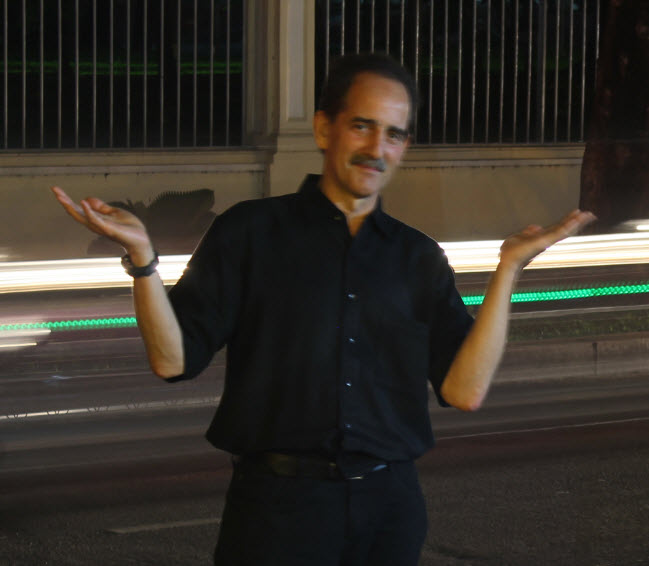 I consider myself privileged to have been able to participate at Oldways meetings in the U.S. and around the world.  These symposia were unique as they brought together scientists, journalists, and culinary professionals.  My training is as a nutrition scientist, but I am also a journalist, having written eight books on food and nutrition, as well as a syndicated newspaper columnist.  This background had provided a unique perspective to participate and contribute with Oldways.  All sessions were beautifully organized by Dun, Sara, and their select staﬀ, all working to provide the ﬂavors of a speciﬁc food element or culture along with a discussion of topical food and science issues.

Meetings included a day where the chefs in attendance created a sumptuous feast, and one element I treasured was the opportunity to spend a day working in the kitchen with these culinary stars as they prepared the evening meal for the conference attendees. I would chop, stir, or do whatever as a willing kitchen slave, and it was hectic work at times, but it was wondrous to participate with all the talent working together to set out that sumptuous meal.  A cooking class — or should I say class cooking — par excellence.

I was drawn to Oldways because of its uniqueness; it was the only organization speaking about the scientiﬁc basis of healthful traditions and the regional foods around which they are based. The development of the pyramids created a visual tool to facilitate understanding, one that focused on whole foods rather than component nutrients. Their practical appeal broadened when various lifestyle factors were appended.  I speciﬁcally recall working with Dun towards adding of physical activity as the “foundation of health” base of the vegetarian pyramid at a conference in Austin, Texas in 1997.

The 2001 conference in China was notable as one of the issues discussed was the health implications of the slow but steady westernization of restaurant and fast food in China.  The health infrastructure in China would be seriously challenged if they began to experience chronic diseases such as obesity and type 2 diabetes as we have in the U.S.  This conference was in a “framework for solutions” format, and it was attended by many in the Chinese scientiﬁc and medical establishment.  Translations were provided, but of note was that rather than taking notes to pass on to their superiors, they respectfully asked for our information to give to their bosses.  Upon discussion with a local friend it was conveyed to me that these were professionals who trained during the Cultural Revolution, and one does not challenge the course set by one’s superiors.  Information coming from an “expert” through a prestigious international organization, such as Oldways, however, would be persuasive and make its point.  It served to highlight the importance of Oldways’ eﬀorts around the world.

I have nothing but praise for Sara and the entire Oldways team, oﬀer my congratulations on their anniversary, and wish them good health and continued success with all their eﬀorts.