High on the Hog: A Reflection on the Netflix Series and the African Heritage Diet

The highly anticipated 4-part docuseries High on the Hog: How African American Cuisine Transformed America is based on the book of the same name by Dr. Jessica B. Harris, an esteemed Oldways African Heritage and Health Advisory board member. It was an honor to see Dr. Harris recognized for her groundbreaking research in African Diasporic cuisines. Episode by episode, we reﬂected on the connections between the stories, history, and food, and the African Heritage Diet.

The ﬁrst episode of the series begins with chef and writer Stephen Satterﬁeld and Dr. Harris venturing through an open market in the West African country of Benin. The market overﬂowed with huge piles and stands full of nothing but yams. It was the main crop sold at the market (which called to mind the lessons we learned during Michael Twitty’s Shared Soul lecture series!) During the antebellum period in America, yams were not commonly, if at all, grown on American soil, but black resilience went forward in search of the next best crop, which we recognize today as sweet potatoes. While explaining yams and sweet potatoes, Dr. Harris corrects a common misconception: many dishes labeled with “yam” in the United States were most likely cooked with sweet potatoes (i.e. candied yams, yam pie, yam casserole). 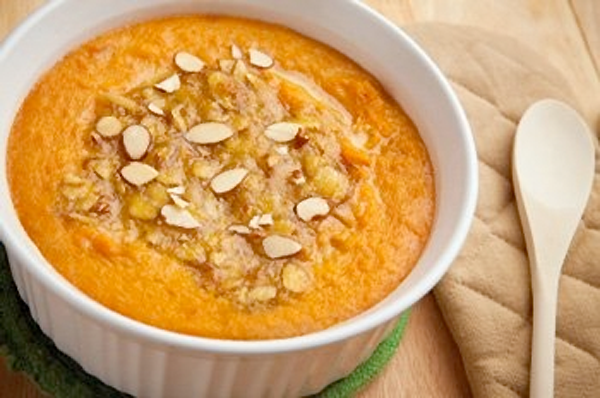 Next, Dr. Harris brings Satterﬁeld to the okra stand, and our hearts sang: okra is a signiﬁcant component of African diasporic cuisine. Early African American ancestors brought okra seeds straight from Africa to the United States, and it would not have arrived on the American continent had they chosen not to transport those seeds.

It was important to watch the docuseries begin in West Africa, since the connections made there helped build the foundation of the African Heritage Diet: jambalaya, Jollof rice, gumbo, pilaf, beans and rice, red/orange-colored sauces, salted ﬁsh, peanuts, sweet potatoes, and yams.

Later in the episode, a traditional meal is hosted by artist Romuald Hazoume in the city of Porto Novo. Hazoume shares the quote, “tell me what you eat and I’ll tell you where you’re from,” a common saying within the community that connects with all of us. It’s profound how much information one can obtain from another’s traditional diet. 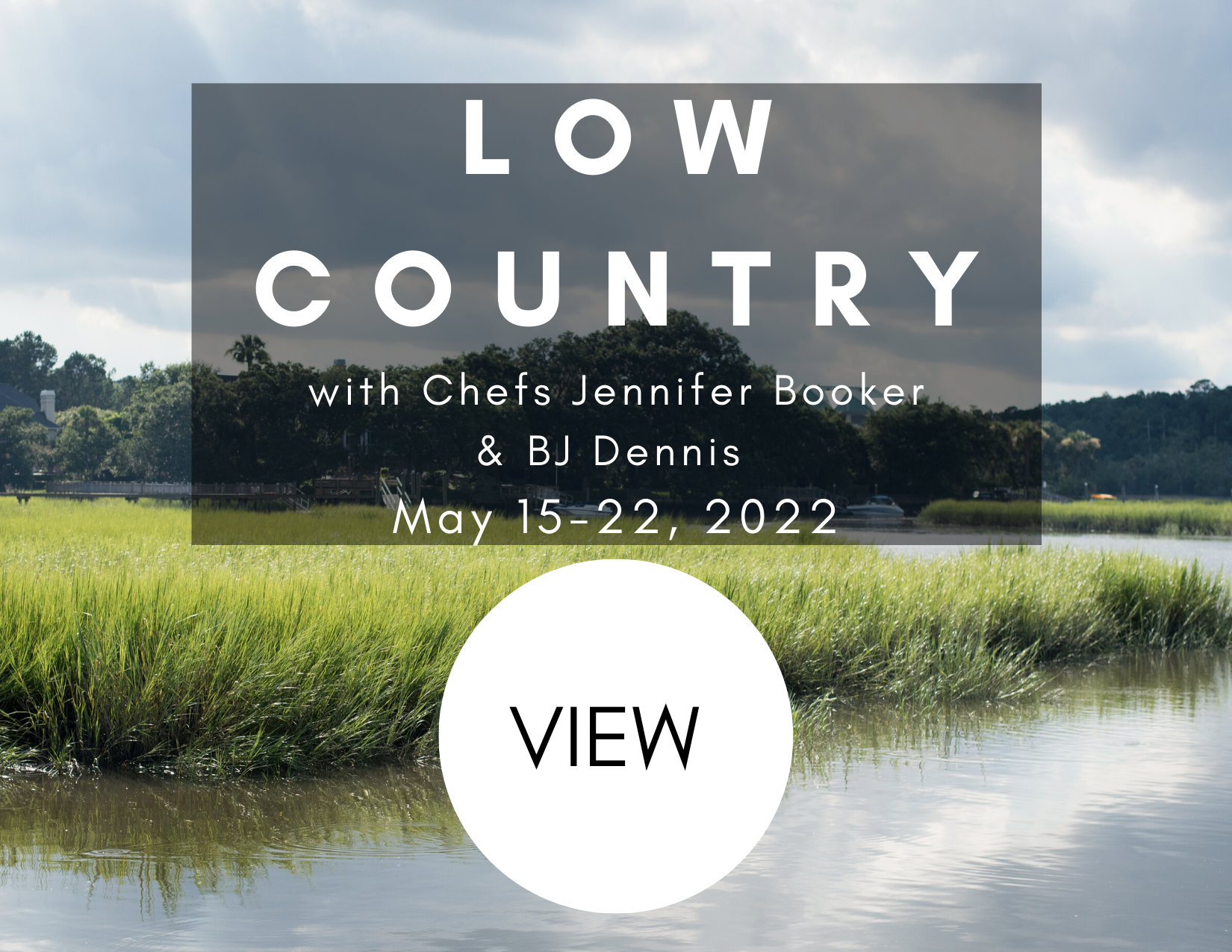 You can experience a historical culinary tour of the Low Country with Chefs Jennifer Booker and BJ Dennis!

Then, Satterﬁeld cooks with Twitty outside over an open ﬁre. The visuals were surreal and as a viewer, one could almost smell the aroma of the okra dish they were preparing. Twitty mentions that it’s important for people of African heritage to “pass food traditions on so they, like the soul (soul food), can never die,” and the notion adds another level of complexity to the meaning of “soul food.” All cuisines reﬂect the past, present, and future, but what about the missing bits of African American history? Soul food has a spiritual element since it gives credit to African American ancestors.

Traveling through the sea islands of Lowcountry, Satterﬁeld accompanies Chef BJ Dennis through the same channel where many enslaved Africans resided, and where some descendants remain.The dishes prepared included mullet ﬁsh, gumbo, string beans, crab soup, and cornbread. The Gullah Grub restaurant the hosts visited will be featured on Oldways’ upcoming culinary travel trip in the Low Country with Chefs Jennifer Booker and BJ Dennis.

This episode focuses on two famous African American chefs: James Hemings and Hercules Pose. Their journey was harrowing as they had to ﬁght for their freedom while serving two former U.S. presidents. Chef James Hemings created one of America’s most beloved dishes: mac and cheese. The pasta dish was a favorite of former president Thomas Jeﬀerson. 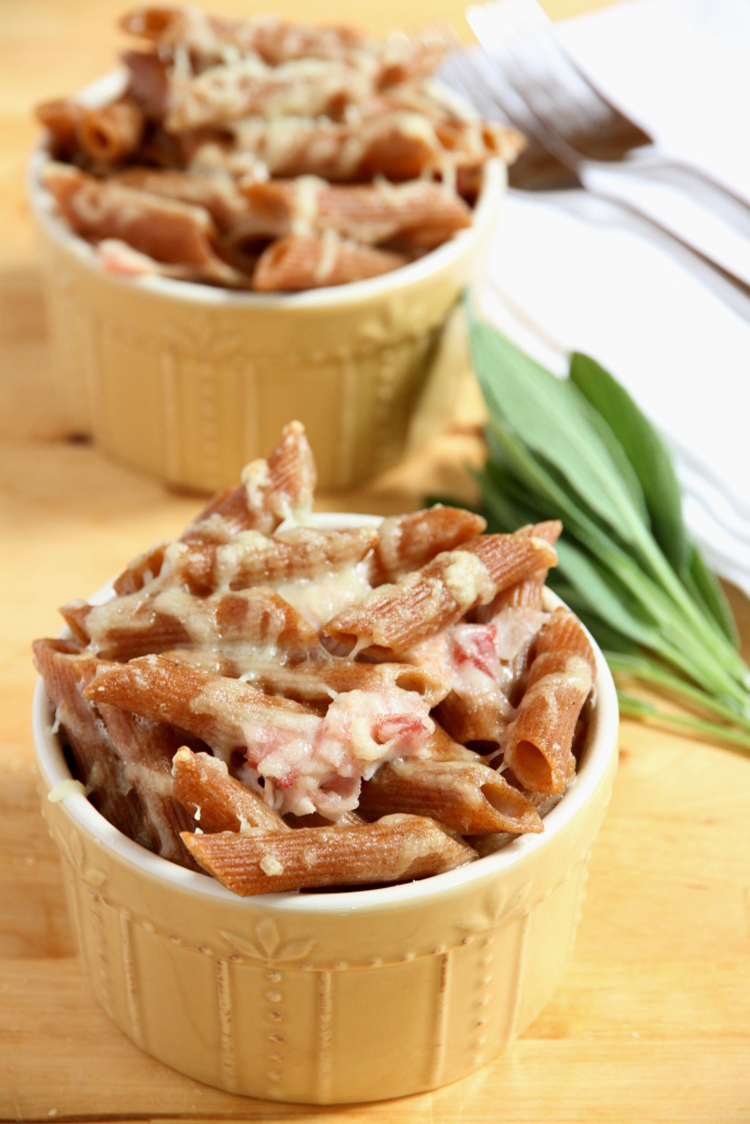 As Satterﬁeld travels throughout the east coast, we learn that the dish Pepper Pot was once very popular in Philadelphia during the late 18-19th century. If that sounds familiar, this dish is also a favorite of African Heritage and Health Advisory Board member Dr. Allan Johnson, who happens to be from Guyana. The country’s oﬃcial national dish is Pepper Pot, typically served around the Christmas holiday.

The last episode takes place in Texas, one of the last states in the U.S. to abolish slavery, besides Mississippi (last to ratify the 13th amendment). The visuals from the episode show “homecoming” bands playing at sporting events, BBQs, black cowboys, churches, and Juneteenth celebrations.

Satterﬁeld visits the restaurant Lucille along with Oldways African Heritage Advisory Board member, and author ofJubliee, Toni Tipton Martin. They were able to truly indulge in the lovely meal prepared by Chris Williams and his team. The meal featured lamb shanks, and most importantly Carolina Gold Rice (which will be a treat in store for those who join us on our Oldways Low Country Culinaria trip!)