Vote with Your Fork, and Ballot, for Farm Animals

As we near the end of Vegtoberfest, and as we prepare to put this long and tortuous political election season out to pasture, now is the perfect time to think about voting with your fork and your ballot to prevent cruel treatment of farm animals.

Massachusetts is one of four states with a ballot initiative to prevent animal cruelty, along with Oregon, Montana and Oklahoma. This comes eight years after California‘s landmark passage of Proposition 2, which has been fully implemented for more than a year now. According to the Humane Society, “the passage of this proposition to ban the extreme conﬁnement of veal calves, breeding sows, and laying hens has helped reshape the debate on farm animal protection in the United States.”

The Massachusetts initiative, YES! ON 3, is supported by a number of well known national and local organizations including The Humane Society, the Massachusetts and American Societies for the Prevention of Cruelty to Animals, the Humane Society Veterinary Medical Association, Animal Rescue League of Boston, the New England Zoo, among other organizations (including Oldways) and individuals.

A YES! vote on Question 3 will prevent farm animals from being crammed into cages so small they can’t even turn around or extend their limbs, and will improve food safety. A YES! vote on Question 3 will also ensure that certain food items sold in Massachusetts are compliant with modest standards. Citizens for Farm Animal Protection tells us that major companies like Walmart and McDonald’s are already making similar improvements — it’s time the rest of us caught up.

The argument against animal cruelty is basic. No animal should suﬀer from cruel treatment for any reason. Imagine a calf not being able to walk toward slaughter because a constant lack of movement prevented natural muscle development.

If that argument isn’t enough to move you, a YES! vote on Question 3 can also improve human health and food safety. Cramming thousands of animals into tiny cages can promote the spread of disease, such as salmonella. Animals kept in extreme conﬁnement often live in their own waste and are then given antibiotics. There is evidence that antibiotics for agricultural purposes, particularly for growth enhancement, have been shown to contribute to the increased prevalence of antibiotic-resistant bacteria of human signiﬁcance. Taking good care of animals, including those in our food supply, makes common sense — it is good for animals and for people.

A YES! vote on Question 3 isn’t about turning Massachusetts residents into vegetarians; rather, it is about raising the bar for the food produced in our state, and holding producers accountable to healthier, more humane standards. To us at Oldways, this makes a lot of sense: Vote with your fork and your ballot to prevent animal cruelty. Putting more plants on your plate is good for your health, and the health of the planet. So, while you’re voting with your ballot, take time at the end of October to vote with your fork and celebrate Vegtoberfest by putting one additional plant-based meal on your plate! 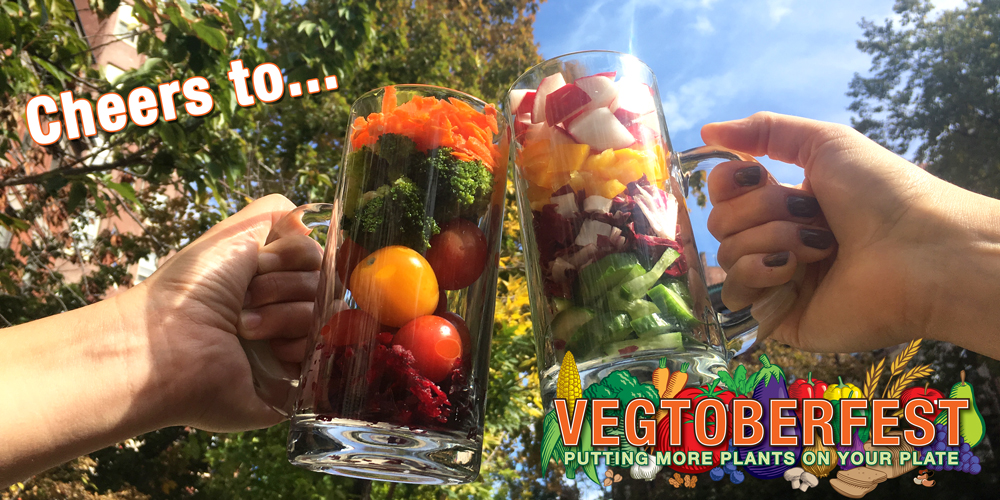