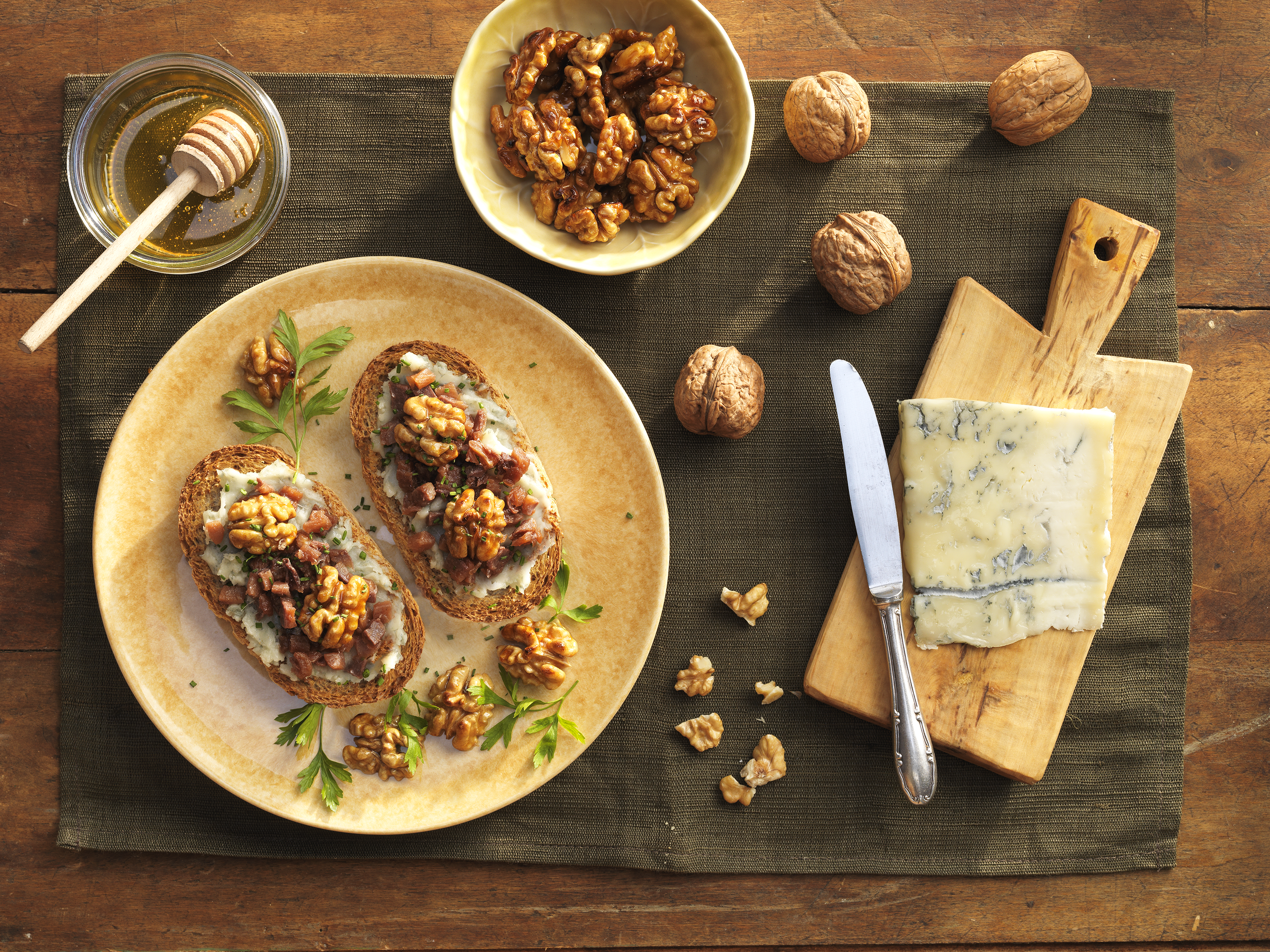 When a panel of nutrition scientists updated the original Mediterranean Diet Pyramid in 2008, one of the major changes they made was to make ﬁsh and seafood more prominent.  In other words, they moved ﬁsh and seafood closer to the base of the pyramid. They did this because in the ﬁfteen years since the Mediterranean Diet Pyramid was ﬁrst introduced in 1993, nutrition science research concluded that the health beneﬁts of eating ﬁsh and seafood were so great that they recommended eating it at least twice a week. 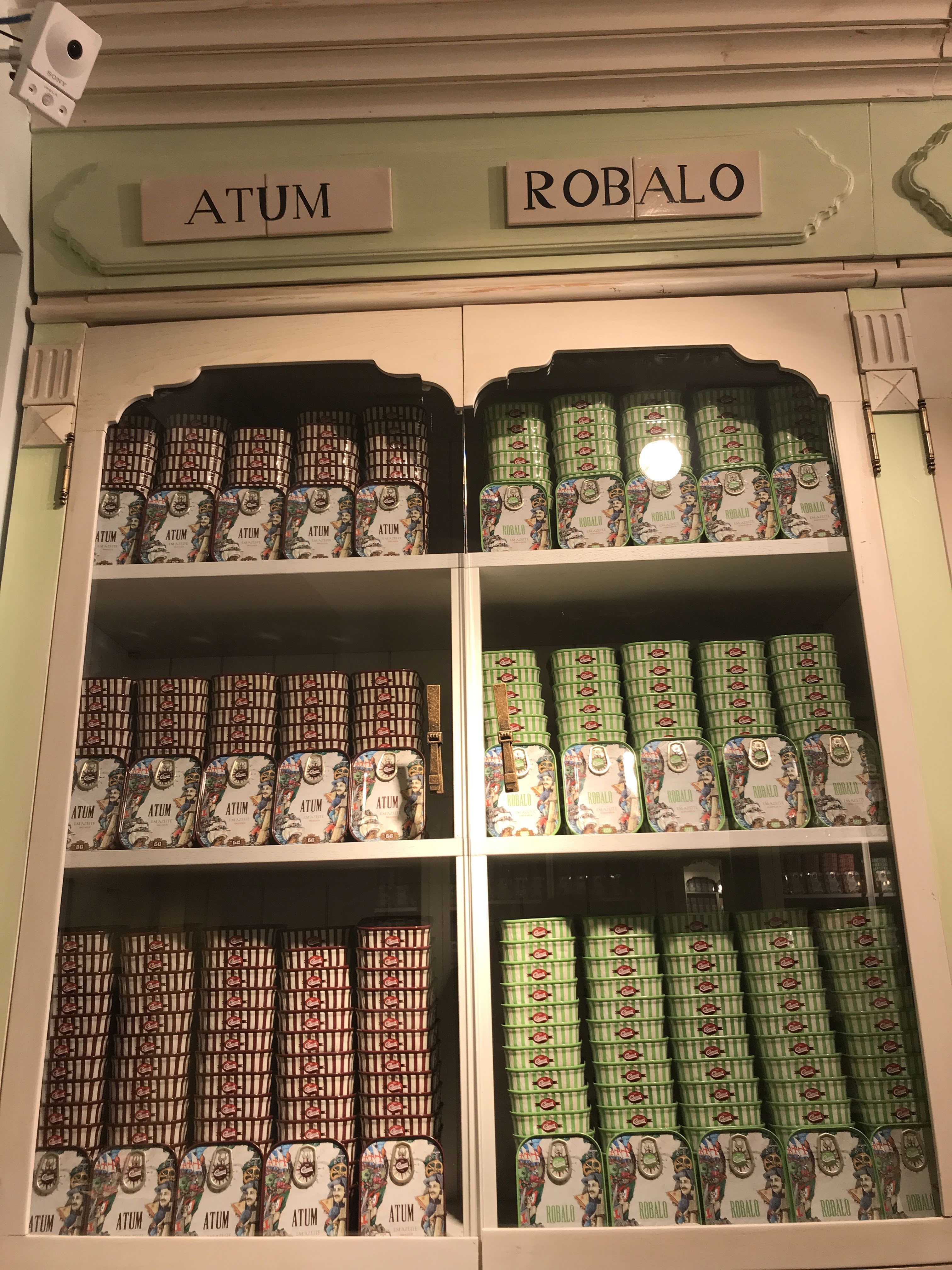 A display of canned ﬁsh in Porto, Portugal.

In addition to providing a high-quality source of protein and vitamins D and B12, some ﬁsh provide signiﬁcant amounts of omega-3 fatty acids, an essential fat with anti-inﬂammatory properties that have been shown to lower the incidence of heart disease. Diets high in omega-3 fatty acids are also associated with helping the brain age healthfully, with a lower risk of cognitive decline.

The ﬁsh that tend to be highest in these omega-3 fatty acids are small, oily ﬁsh such as anchovies, sardines, herring, and mackerel. Despite their small size, they pack considerable ﬂavor.

One of the most simple, traditional, and ﬂavorful ways to enjoy these small oily ﬁsh, like sardines or mackerel, is to grill them and ﬁnish with a squeeze of lemon, a dash of coarse sea salt, and a drizzle of extra virgin olive oil. Simplicity at its best.

While freshly-caught ﬁsh is often considered best, this is not always the case. Commonly thought of as depression-era food, canned/tinned ﬁsh or conservas, the latter as they are referred to in Spain, are widely considered to be some of the best ﬁsh in the world. An interesting tidbit, canned goods were actually invented by a Frenchman in the early 1800s as a way to preserve food for war. The ﬁrst conservas didn’t arrive to Spain until 1840, when a French sailboat shipwrecked in Spain and the Spaniards discovered the ingenuity of their neighbors to the east. Shortly thereafter, the ﬁrst cannery was built in Spain and thus the Spanish canned ﬁsh industry was born. Today, many traditional, family-owned canneries still thrive, sustainably sourcing their ﬁsh, largely from the Galician region of Spain’s Northwest coast, hand-packing them at the peak of freshness, and canning them immediately (on-site), resulting in pristine, top-notch ﬂavor and texture. 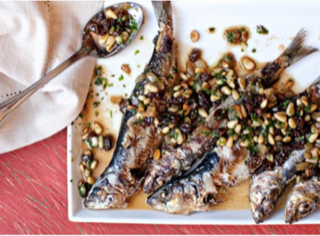 So, next time you head down the canned ﬁsh aisle at your local grocery store, consider tossing a few cans of sardines, mackerel, and/or anchovies into your cart. Inexpensive, highly versatile, and shelf-stable, they make for an easy meal or snack any time of the day. Add canned sardines or mackerel to a green salad, top avocado toast with a sardine or two, or add sardines to eggs (AKA ﬁsherman’s eggs, or sardines mixed with a tasty array of herbs and aromatics, and then baked with a few eggs cracked on top).

When it comes to anchovies, most of what you’ll ﬁnd on grocery store shelves are anchovies that have been ﬁlleted, salt-cured, and packed in oil. It’s the curing process that lends the anchovies their salty and pungent ﬂavor and aroma. While quite strong tasting on their own, salt-cured anchovies are your secret weapon for livening up a pot of tomato sauce. When sautéed with garlic in olive oil, anchovies will dissolve into the oil, infusing umami richness into your sauce. The classic Spanish presentation pan con tomate y anchoa features toasted bread topped with grated tomatoes and anchovies, ﬁnished with a generous dash of extra virgin olive oil.

Then there are white anchovies, known as boquerones in Spain and gavros in Greece. They are prepared by ﬁrst salting the anchovies and subsequently curing them with lemon juice or vinegar. The salting process draws out some of the moisture from the ﬁsh and ﬁrms up their texture, while the acid essentially ‘cooks’ the anchovies. White anchovies possess a decidedly more delicate texture and ﬂavor as compared to salt-cured, and can be enjoyed on their own–without embellishment, save for a splash of extra virgin olive oil–or as a tapa (also known as a pintxo in some parts of Spain), for example, atop a piece of crusty bread.

So, no matter the country or the preparation, do yourself a favor and embrace the great taste and good health of the small ﬁsh of the sea.

Susan Piercy
I have purchased a lot of canned sardines, etc. I always think I'm saving them for a picnic spread. And I love them in that outdoor setting, wherever the road widens onto a beautiful spot, with or without a picnic table. Always have family or good friends. I will try some of these ideas and report back.
Sandra Savell
I love all of these fish! I eat sardines at least once a week but I try for me. I discovered canned mackeral in olive oil in Wal-Mart of all places and it is delicious. If white anchovies weren't so expensive - I'd probably eat them daily but I'm happy I have a good store to buy them at. People who won't eat them don't know what they are missing.
jean adkins
i don't like strong tasting fish, so i have been afraid to try the canned fish. i have even bought them, put them in the pantry, and then thrown them away! besides the white anchovies, what other canned fish have a delicate taste?
Hannah-Oldways
Hi Jean, have you tried mackerel? The best way to find out is to try!
Kathy Horner
Do they come with head on bones in and insides in or are they cleaned-do you eat the whole thing? I would love to get in habit of eating them but what is best way?
Sandy-Oldways
Hi Kathy, You can eat sardines straight from the can. They have been cleaned, though they do have bones (which can be eaten). For ideas on how to use them, take a look at 12 Great Ways to Use Canned Sardines: https://oldwayspt.org/system/files/atoms/files/12ways_sardines.pdf
Sue
I eat canned sardines in olive oil, delicious. I make a sandwich on french bread, sardines, and red onion. Anchovies we put on our pizza!!