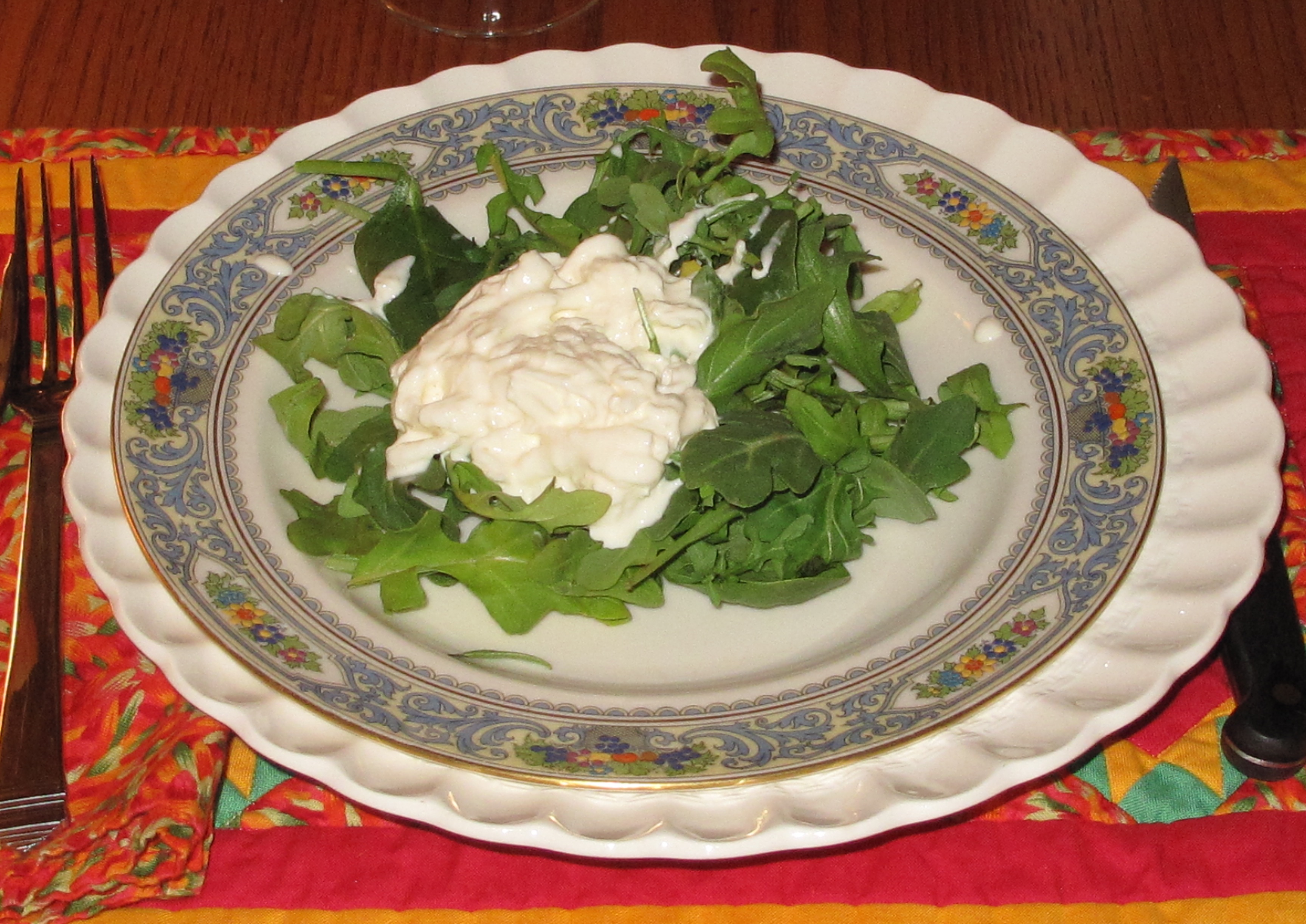 Italy produces a vast abundance of unique, deliziosa foods, which is why food aﬁcionados regularly swarm to local restaurantsserving Italian cucina and rarely turn down an overseas trip to Italy’s home-country pantheons.

Many of the most sought after Italian gastro-star foods are only sold fresh, which is why they are little-known in the U.S.: their freshness (often the very soul of their desirability) gives food safety inspectors from US Customs and the US Agriculture Department the heebie-jeebies, so these foods often don’t make the trans-Atlantic crossing.

Among these gastro-stars are Mozzarella di Bufala and Stracciatella di Bufala, cheeses made from the very rich milk of water buﬀaloes. These huge buﬀaloes (twice the size of your average American cow) are native to India, and were wallowing around in water holes in southern Italy by the time of the Roman Empire. No one is sure exactly sure how they got to the Mediterranean (or even when), but everyone is glad they did.

Water buﬀaloes are farmed today in Italy’s southwest, in Lazio and Campania, where the lush Mozzarella di Bufala is traditionally made from their milk. They are also farmed in Puglia in Italy’s southeast, where the equally-lush Burrata and Stracciatella di Bufala are made.

Milk from water buﬀaloes has a diﬀerent protein structure than that from cow’s milk, which gives the cheeses made from it a signature chewy-ness, while its high butterfat gives it unusual sweetness.

Mozzarella di  Bufala of Campania is made by kneading and stretching the curds in hot water, and shaping chunks of the cheese into balls the size of a tennis ball, or a bit bigger. 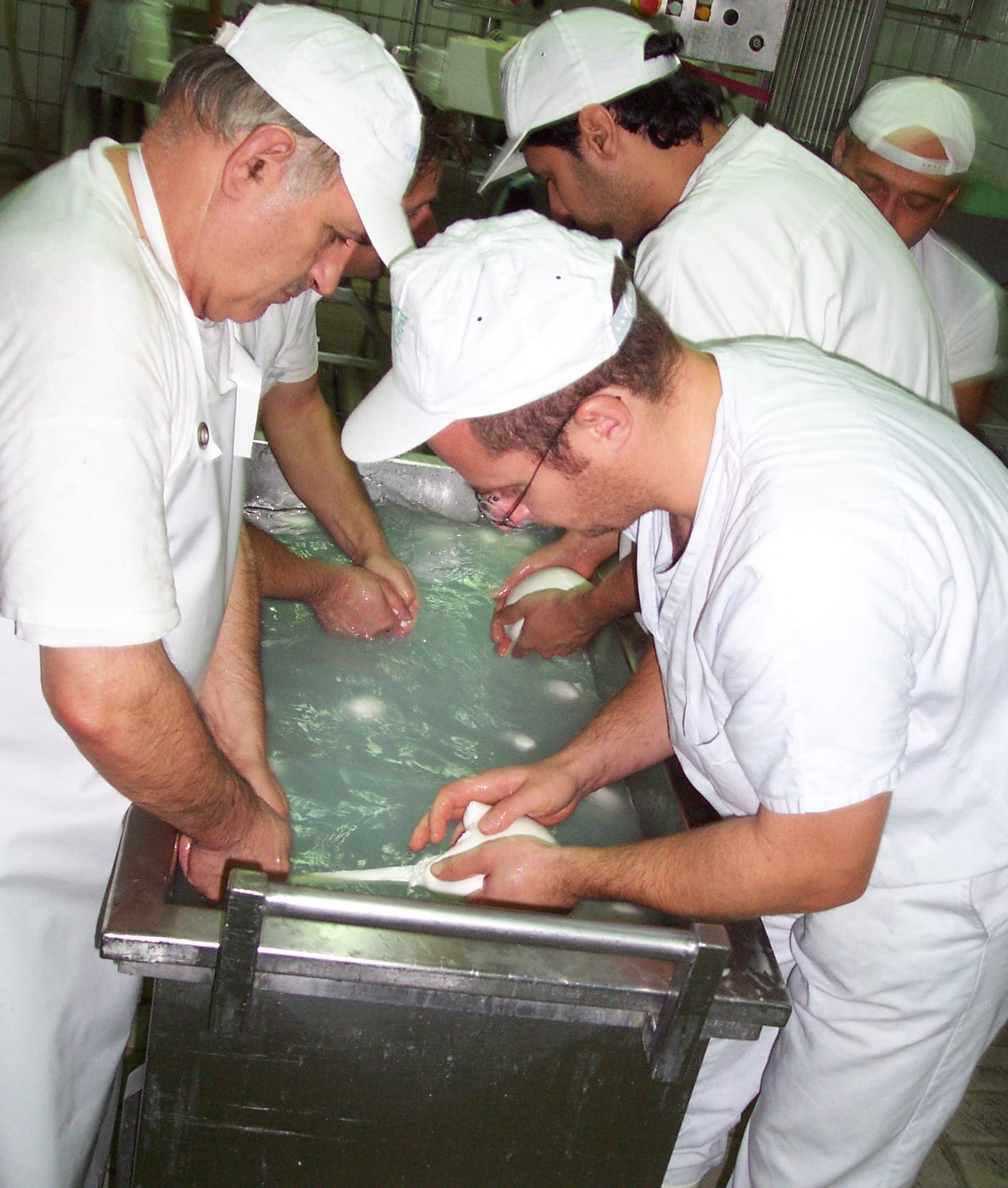 The Burrata of Puglia is a hollow ball of fresh mozzarella cheese, a bit larger than a tennis ball, ﬁlled with stracciatella (stracciare in Italian means “to shred”.) Mozzarella cheese is shredded and frayed into thin threads, making stracciatella. This is then mixed with fresh cream, and stuﬀed inside a mozzarella, making a burrata.

The deliciousness of both versions – Campania and Puglia – is beyond thesaurus-land.

The other day we learned that Gran Gusto (a favorite Cambridge, Mass. neighborhood restaurant) had managed to get their hands on some stracciatella and burrata, so we rushed over for dinner. We had a wonderful ﬁsh entrée, and one of our favorite wines, Donafugata from Sicily. But the real highlight was the stracciatella, served with speck (for Dun) and with arugula (for Sara).

We also persuaded our Gran Gusto friends to part with a bit of their stracciatella – and the next night had this simple, memorable, transporting salad – Stracciatella a la Gran Gusto!