Millet: A Grain for All Ages (and Meals!)

This has been an eventful summer for the African Heritage & Health Program. For me, the highlight has been drafting the forthcoming A Taste of African Heritage (ATOAH) children’s curriculum. We’re extremely excited to be oﬀering a version of ATOAH that is suitable for children between the ages of 8 to 12 — we’ve certainly gotten inquiries over the years about adapting the series materials for younger audiences. 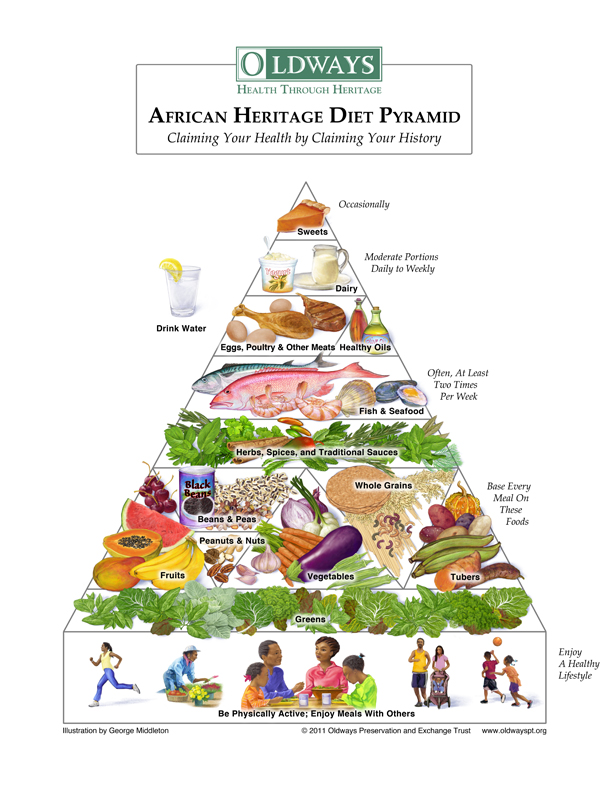 While the heart of the curriculum is similar to the version that we all know and love — modeled on the six existing lessons and the African Heritage Diet Pyramid — we’ve optimized it for a younger audience. First, we’ve added an introductory lesson to give students more cultural and historical context for the six-week journey on which they are about to embark. We’re also incorporating more sensory experiences and activities, new recipes, and some historical proﬁles about notable chefs, inventors, culinary historians, and food activists. Some of our nutritional concepts are necessarily simpliﬁed, and we try to give students more of a sense of how certain dishes are similar across the Diaspora.

While ATOAH is not ATOAH without a teacher demonstration of Sweet Potato Mafe (it is just that good!), we also needed to take a diﬀerent approach with regard to recipes. Recipes for children need to be more straightforward without a lot of chopping and prepping. And we also wanted to include some recipes that feature less familiar ingredients in familiar ways. Enter millet.

Millet is a whole grain popular in West Africa that can be eaten at every meal:  breakfast, lunch, dinner, and even dessert (in the form of thiakry, which is millet mixed with yogurt and sometimes condensed milk). The original ATOAH curriculum introduces millet in a savory form. The ﬁrst version of our millet recipe had sweet potatoes and broccoli. Subsequently, it was reinvented, and the curriculum recipe now includes zucchini, raisins, and chickpeas.

But in the children’s curriculum, you’ll ﬁnd a breakfast millet porridge (recipe below) to start the day. We take some ﬂavors that are tried and true (banana, nuts, and cinnamon) and make a non-dairy breakfast cereal. The great thing is that you can let your creativity roam free — try a 100% fruit puree swirled in (pineapple, mango, or papaya), vary the spices (ras el hanout, cloves and/or nutmeg are nice) or the non-dairy milks (e.g., light coconut milk or cashew milk instead of almond), or swap the almond butter for cashew or peanut butter. Feel like a bit of cocoa? Mix in a teaspoon and half as the millet is simmering. You can also customize your toppings: toasted coconut and/or nuts and sliced or diced fruit are just a few ideas.

Note: You can make this recipe without pre-soaking the millet, but the texture will be coarser and you may need to add additional almond milk to loosen the grain. Also plan to add approximately 5 minutes of cooking time to the millet before adding the banana and other ingredients.

If you have about ⅓ cup of the millet porridge left over, chill it, and add to a cup of plain yogurt without added sugar. You can adjust the sweetness with additional honey or fruit puree to make a thiakry-inspired breakfast, snack or dessert. With so many permutations, who could get bored? Millet — it’s a grain for all ages (and meals)!