As Naomi Duguid and Jeﬀrey Alford wrote in their award-winning book, Flatbreads and Flavors, “Flatbreads are the world’s oldest breads.  People have been making them for well more than six thousand years. And over that time, the tradition of making ﬂatbreads has not been conﬁned to one or two regions of the world, but has developed simultaneously almost everywhere there is a perennial supply of grain, from Mesopotamia and Persia to southern India and Armenia from antique Rome and preconquest Mexico to modern-day China and Italy.”

Flatbread can be made from any number of grains, such as wheat, rye, corn, oats, millet, teﬀ, buckwheat, etc. or legumes, for example, chickpeas, beans, or lentils. Up until the late 19th century when industrial roller milling became common, most Mediterranean ﬂatbreads were traditionally made with whole grain ﬂours, containing all of the nutritious components of the grain. Flatbread can be prepared in numerous manners, such as oven-baked, skillet-baked, grilled, fried or even steamed. All that is to say that ﬂatbreads play an important role in culinary traditions and are enjoyed around the globe, including many parts of the Mediterranean. 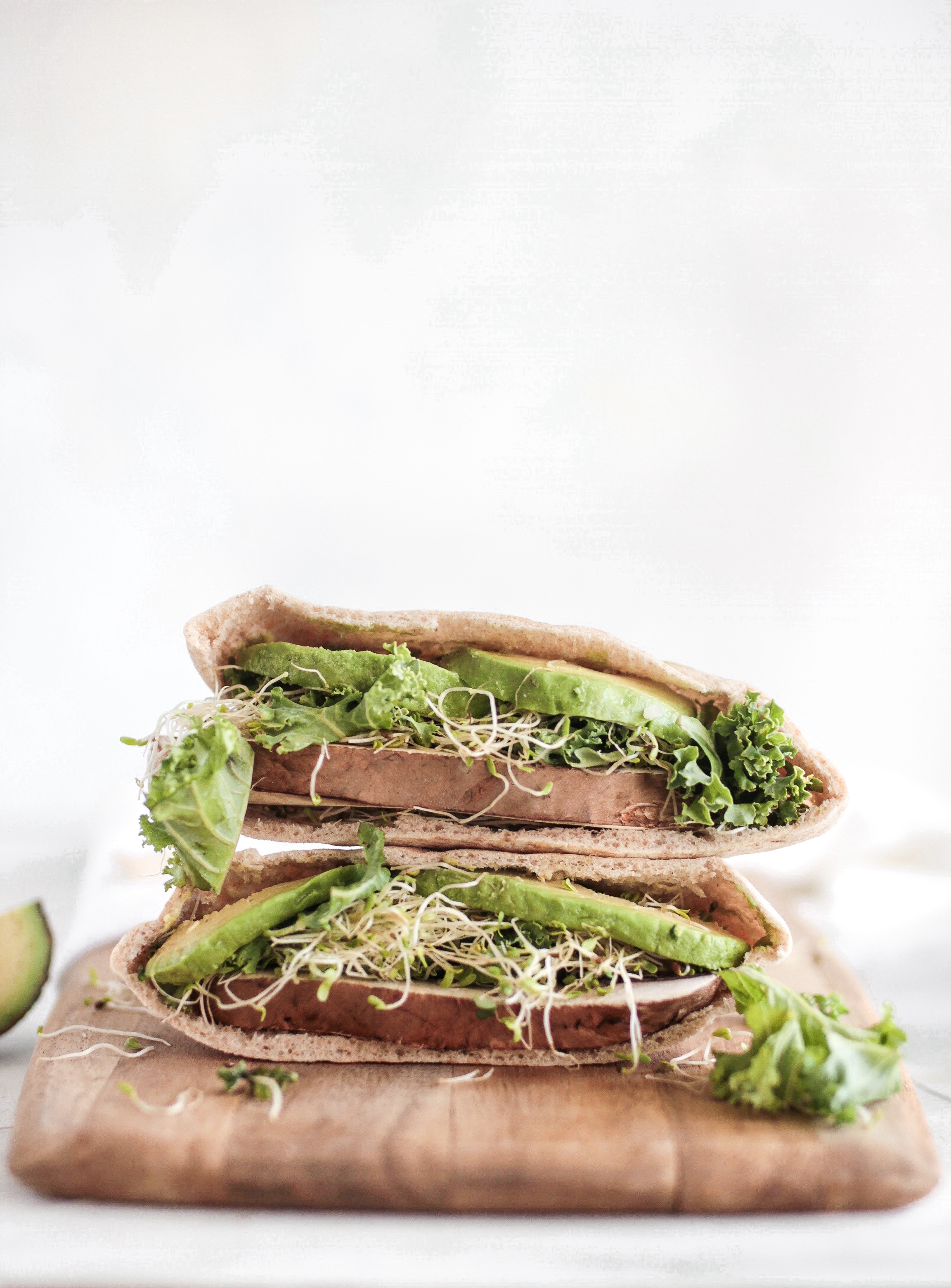 At its most basic, bread (including ﬂatbread) is nothing more than ﬂour and water. Yeast also plays an important role, magically transforming the dough by feeding on its sugars and converting them to carbon dioxide and small amounts of alcohol, a process better known as fermentation. Carbon dioxide causes dough to rise. As the bread bakes in the oven, the carbon dioxide expands in the heat, enlarging all the little air pockets by stretching the gluten, resulting in a light and airy dough.

Of course, we can’t talk about ﬂatbread without mentioning pizza, one of the world’s most beloved and popular foods. The birthplace of pizza can be traced back to Naples, Italy. The working people of Naples (Neapolitans) invented pizza as a quick, inexpensive meal sold by street vendors, who utilized ingredients that were native to the area, namely tomatoes, cheese, olive oil, anchovies, and garlic. Legend has it that in 1889, a local Neapolitan pizza maker created a pizza with tomatoes, mozzarella, and basil to represent the Italian ﬂag to impress King Umberto I and Queen Margherita. The queen liked it so much that the pizza was thereafter known as pizza Margherita – or so the story goes. Many regions of Italy developed their own style of pizza, from Roman to Sicilian, and as immigrants brought their food to the new world, many iterations of pizza came to be. Flatbreads like pizza are a great vessel for seasonal vegetables and other nutritious toppings.

A close cousin of pizza is focaccia, a ﬂatbread that is historically prepared on the hearth, often in a skillet covered with embers; although, today most focaccia is baked in the oven. The main diﬀerence between pizza and focaccia is that while pizza is all about the toppings, focaccia is all about developing the ﬂavor of the dough.

In the eastern Mediterranean, including Turkey, Syria, Lebanon and Israel, you’ll ﬁnd a tasty ﬂatbread known as Lahmacun. This is a thin, crispy yeasted ﬂatbread, typically topped with spiced lamb and tomatoes. Pide is an oval, boat-shaped Turkish ﬂatbread made with a leavened dough, similar to pizza and sometimes referred to as “Turkish pizza.” It can be stuﬀed with anything from meat, cheese, or vegetables (such as eggplant, tomatoes, and feta).

Spinach Lamejun with halloumi and labne

Pita is another familiar ﬂatbread found throughout the Mediterranean. In Egypt, the local pita called baladi is traditionally made with 100% whole wheat ﬂour. And in the US, it’s easy to ﬁnd whole grain pita bread (with the Whole Grain Stamp) in grocery stores. Pita is the bread of choice for the widely popular falafel sandwich. When dried-out and toasted, pita adds crunch to the Lebanese tomato-cucumber salad known as fattoush.

Laﬀa is pita’s pocketless cousin; it’s an Iraqi ﬂatbread, also popular in Israel, that’s cooked in a taboon, a tandoor-like clay oven, and sometimes referred to as taboon bread. It’s thicker and softer than pita bread. Then there’s man’oushe, a popular Lebanese ﬂatbread, slathered with a mixture of olive oil and za’atar, an herbaceous seasoning blend of dried thyme, tart sumac and nutty sesame seeds.

So, let’s gather around the table, break bread –or in this case, ﬂatbread – share a nourishing meal, and connect with one another.