Remember how eagerly you awaited your birthday, or Halloween, or perhaps Christmas, when you were a kid? At least each of those came around annually. For those of us in the nutrition world, a similar is-it-here-yet anticipation revolves around release of the Dietary Guidelines Advisory Committee Report – something that happens only once every five years. 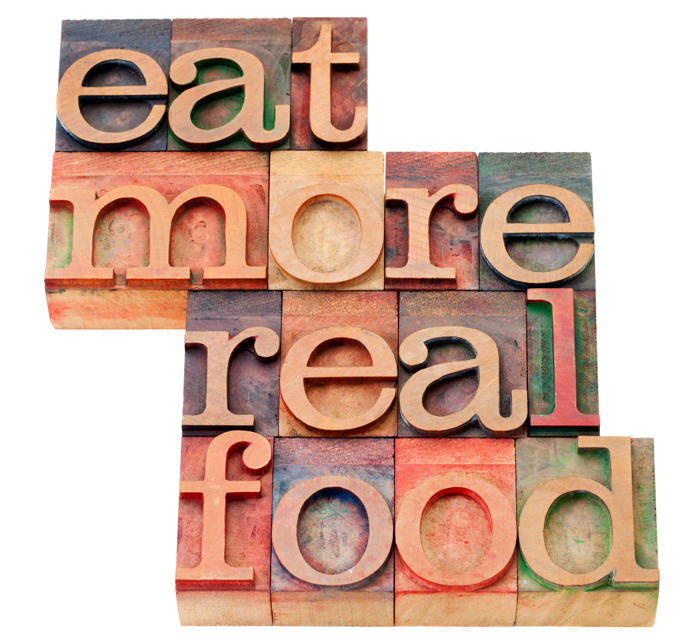 Remember how eagerly you awaited your birthday, or Halloween, or perhaps Christmas, when you were a kid? At least each of those came around annually. For those of us in the nutrition world, a similar is-it-here-yet anticipation revolves around release of the Dietary Guidelines Advisory Committee Report – something that happens only once every ﬁve years.

This report summarizes the ﬁndings of more than a dozen of the nation’s top nutrition experts who have been working together for two years; their recommendations are forwarded to USDA and HHS (Health & Human Services) to support updates to the Dietary Guidelines for Americans, expected later this year.

Yesterday afternoon the DGAC report became public, and we immediately dove into its 500+ pages to spotlight some of its most interesting points for you.

The DGAC report says – and we agree – that all three of these patterns have much in common:

Common characteristics of dietary patterns associated with positive health outcomes include higher intake of vegetables, fruits, whole grains, low- or non-fat dairy, seafood, legumes, and nuts; moderate intake of alcohol (among adults); lower consumption of red and processed meat, and low intake of sugar-sweetened foods and drinks, and reﬁned grains. Vegetables and fruits are the only characteristics of the diet that were consistently identiﬁed in every conclusion statement across the health outcomes. Whole grains were identiﬁed slightly less consistently compared to vegetables and fruits, but were identiﬁed in every conclusion with moderate to strong evidence.

We’re scratching our heads just a bit, however, at the way the report describes the components of both the Med and Vegetarian Diets. For the Med Diet, for instance, the DGAC model includes 12.5 ounces of poultry, 10.5 ounces of red/processed meat, and 15 ounces of ﬁsh per week, while also splitting grains between reﬁned and whole grains. The Oldways Mediterranean Diet Pyramid (and a commonly-used Mediterranean-Style Dietary Pattern Score developed in 2009 by leading researchers) features much less meat and poultry, more ﬁsh and seafood, and more whole grains.

Despite the fact that they’re not marching exactly in step with us, it’s gratifying to see the US government joining the parade Oldways has been leading for two decades. Our two 28-Day Menu Books, for the Mediterranean Diet and for Vegetarian/Vegan diets, can provide all the tips and recipes anyone needs to implement these two healthy, plant-based diets today.

The Value of Traditional Diets
Oldways has long championed traditional diets from around the world, as evidenced by our slogan, Health through Heritage. We’re glad to see that the report’s executive summary recognizes the importance of this, by calling for “food and nutrition assistance programs to take into account the risk that immigrants have of giving up their healthier dietary habits soon after arriving in the United States.” Oldways’ work helps people stay connected (or get re-connected!) with the healthier eating patterns of their ancestors, especially through our six-lesson cooking curriculum “A Taste of African Heritage” and its forthcoming cousin “A Taste of Latin American Heritage.”

Whole Grains Strongly Recommended
Since 2005, the Dietary Guidelines have recommended that we all make at least half our grains whole. The 2015 DGAC report makes it clear that this recommendation will continue, saying, “a major shift from reﬁned grains to whole grains is needed.”

In fact, the report reminds us that if everyone at the recommended three of more daily servings of whole grains, “whole grains would provide substantial percentages of several key nutrients, such as about 32 percent of dietary ﬁber, 42 percent of iron, 35 percent of folate, 29 percent of magnesium, and 16 percent of vitamin A.” And just think: if you made all of your grains whole grains, you’d get twice those levels of nutrients, before you even lifted a forkful of legumes, leafy greens, and other vegetables and fruits.

Whole Foods, not Empty Calories
We’re big proponents of thinking outside the (food) box, and creating great meals from minimally-processed foods, most of which don’t come in packages. For whole foods like these, empty calories aren’t a problem: when sugars occur in nature (in fruits and in milk, for instance), they occur at relatively low levels and bring along welcome “baggage” such as protein, ﬁber, vitamins, and minerals. A whole-foods diet, with sweets enjoyed only rarely, serves up very few empty calories.

The Standard American Diet (SAD), however, is full of empty calories. The DGAC report considers both added sugars and saturated fats as “empty calories” and suggests that the two together be kept under 20% of total calories, including limiting added sugar to 7-12 teaspoons. This translates to a largely plant-based diet, without sugar-heavy processed foods, an approach we certainly endorse. We wonder, though, whether it makes sense for even 20% of anyone’s diet to be given over to empty calories. Makes it so much harder to get the nutrients you need in the other 80%.

And Lots More to Like
We’ve only scratched the surface; there’s lots more we like in this report. For example, it says that in order to reduce sodium, “Emphasis should be placed on … helping consumers understand how to ﬂavor unsalted foods with spices and herbs.” Check; we do that in all our traditional diet programs. The report also emphasizes how largely plant-based diets can contribute to sustainability, stating that “adherence to a Mediterranean-style dietary pattern— compared to usual intake—reduced the environmental footprint, including improved GHG emissions, agricultural land use, and energy and water consumption.” Check; sustainability has been part of Oldways’ mission from the start. We’re also pleased to see that cholesterol in whole foods like seafood and eggs will no longer be demonized; the report recommends dropping the long-standing recommendation to limit cholesterol in food, since science shows little or no connection between cholesterol in foods and high cholesterol levels in people. Goodbye, pallid egg-white omelets! Welcome back, all the great egg dishes in so many traditional diets!

What do you think should be in the upcoming 2015 Dietary Guidelines? If you were writing the Guidelines, what are the three most important pieces of advice you would suggest? Add your comments below!