Every March is National Nutrition Month, a time to think about celebrating, developing or recommitting to healthy eating habits. This year, the Academy of Nutrition and Dietetics, the organization that created this annual celebration, has focused the campaign on the USDA’s MyPlate. Called Personalize Your Plate, it recognizes a philosophy that Oldways has long advocated—that is—one size doesn’t ﬁt all. 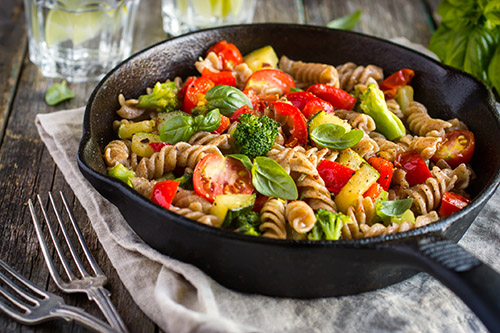 Pasta is a traditional Mediterranean product, enjoyed in many Mediterranean countries, not just Italy. Oldways has long focused on the healthy pasta meal, even developing Scientiﬁc Consensus Statements with help from nutrition scientists about it, and creating videos about reasons to love pasta.

To help consumers enjoy pasta even more, the National Pasta Association has a new program, Share the Pasta. To kick oﬀ this program, they conducted a consumer survey and discovered that “where once there was strong anti-carb sentiment, consumers are now embracing pasta, indulging in it, and ﬁnding all its many beneﬁts.”  Research shows that people who eat pasta have a better overall diet quality, getting signiﬁcantly more of several essential nutrients like ﬁber, iron, folate, magnesium, and vitamin E, and signiﬁcantly less saturated fat and added sugars. This is because pasta is a canvas for all of the nutritious components of a Mediterranean diet, such as vegetables, herbs, legumes, seafood, and traditional cheeses. And if you choose whole grain pasta, all the better! 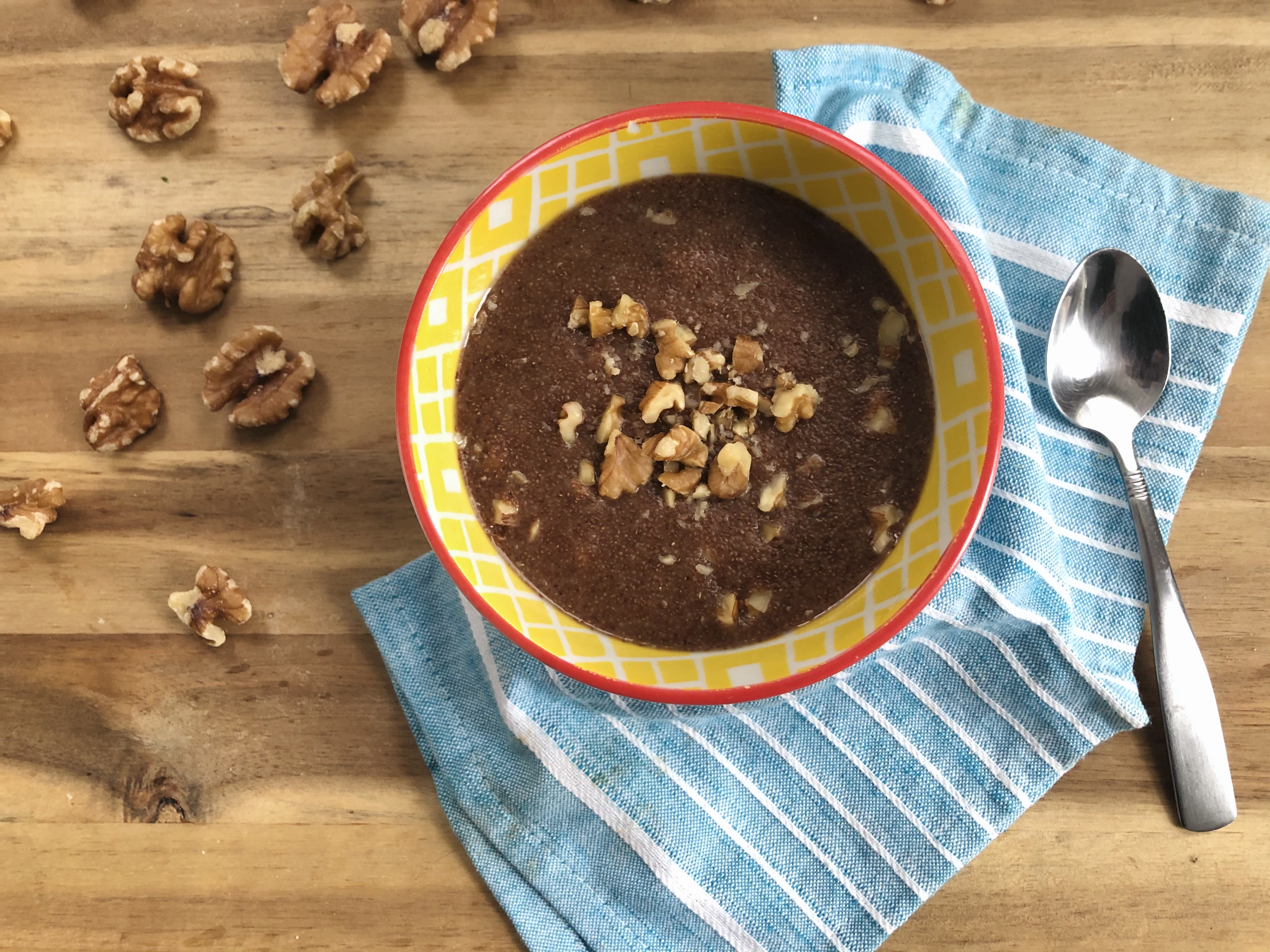 Walnuts are nutritious and complement a wide range of ﬂavors. They contain a signiﬁcant amount of alpha-linolenic acid (ALA), the plant-based source of omega-3 fatty acids, and provide protein, too. Plus, they’re easy to ﬁnd everywhere. Get into the habit of adding them to grain dishes, tossing them along with fresh herbs into salads, sprinkling them on pasta, grinding them to make delicious dips and spreads, and pairing them with vanilla, cloves, and cinnamon in desserts. It’s easy to transform not-so-healthy typical American meals into nutritious, great-tasting Mediterranean meals.

To give you more ideas about Mediterraneanizing with walnuts, the California Walnut Commission and Oldways collaborated on ideas for making ﬁve typical American meals more Mediterranean, using familiar foods and easy steps.  Move over steak and potatoes, make room for Shish kebobs on a bed of bulgur and walnut pilaf! 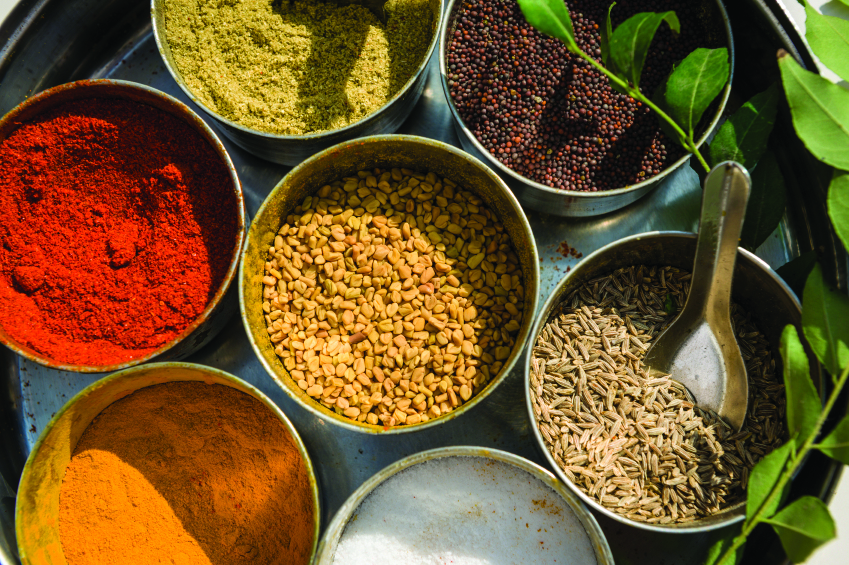 This list doesn’t include herbs and spices used in combination, such as 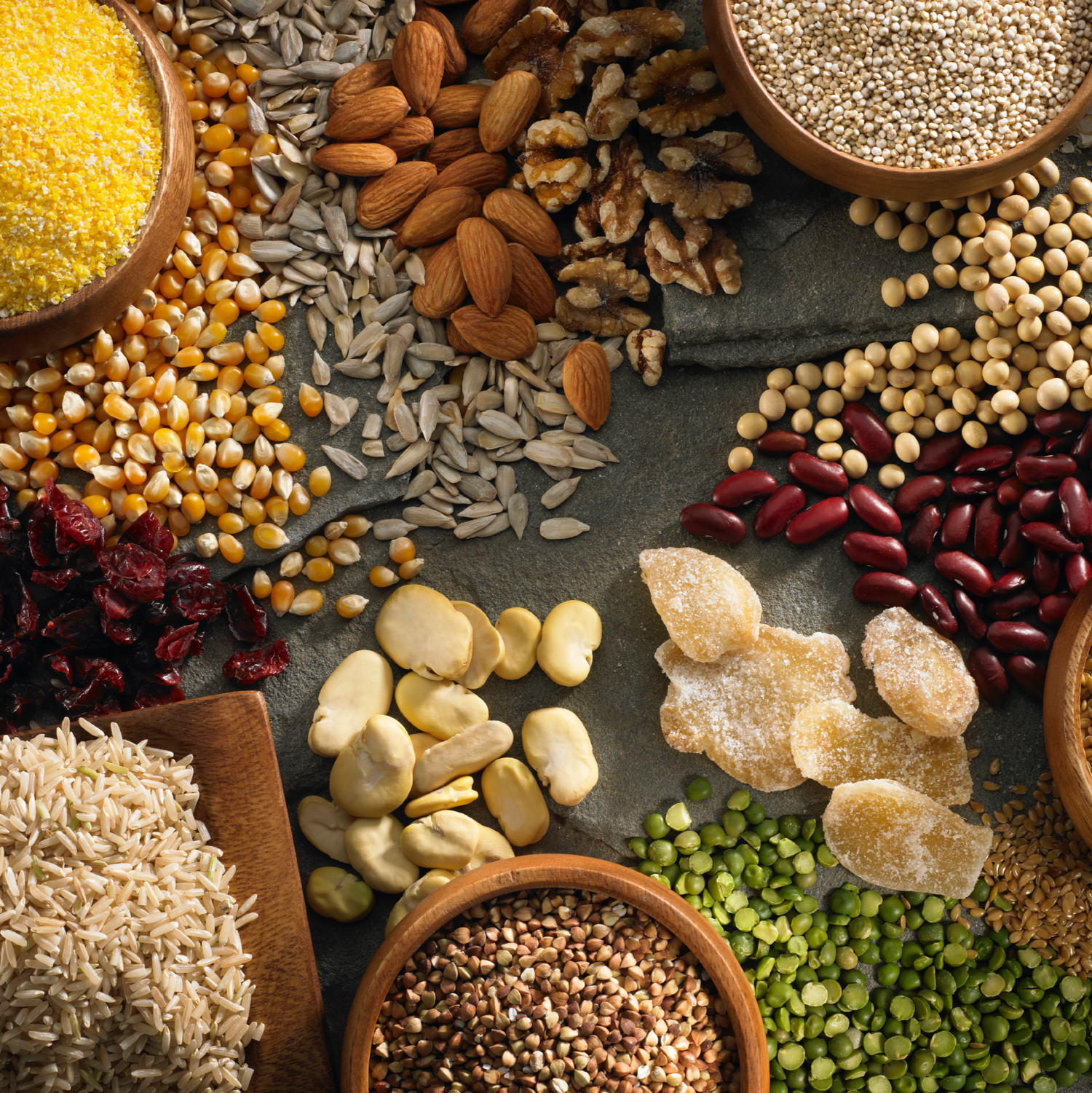 Personalizing with pulses brings together health, great taste and sustainability. Pulses are a food group that includes beans, peas, chickpeas and lentils. Naturally low in fat, pulses have among the highest protein content of all plant foods, and also contribute essential ﬁber, folate and antioxidants. As we learn more about the beneﬁts of ﬁber-ﬁlled plant foods, it is easy to see why pulses are a central component in some of the healthiest cuisines around the globe.  Due to their high nutrient content, pulses can hold their own on the center of the plate, or be showcases in a variety of sides, beverages or baked goods.

Pulses are a great choice for more sustainable, environmentally-friendly diets.  They take much less land and fewer resources to raise than livestock; in fact, growing pulses requires ten times less water per food calorie than beef.  Plus, there are no concerns with antibiotics or growth hormones as with animal protein.  Finally, unlike most crops, pulses are actually able to help build soil fertility, by returning nitrogen back to the land. 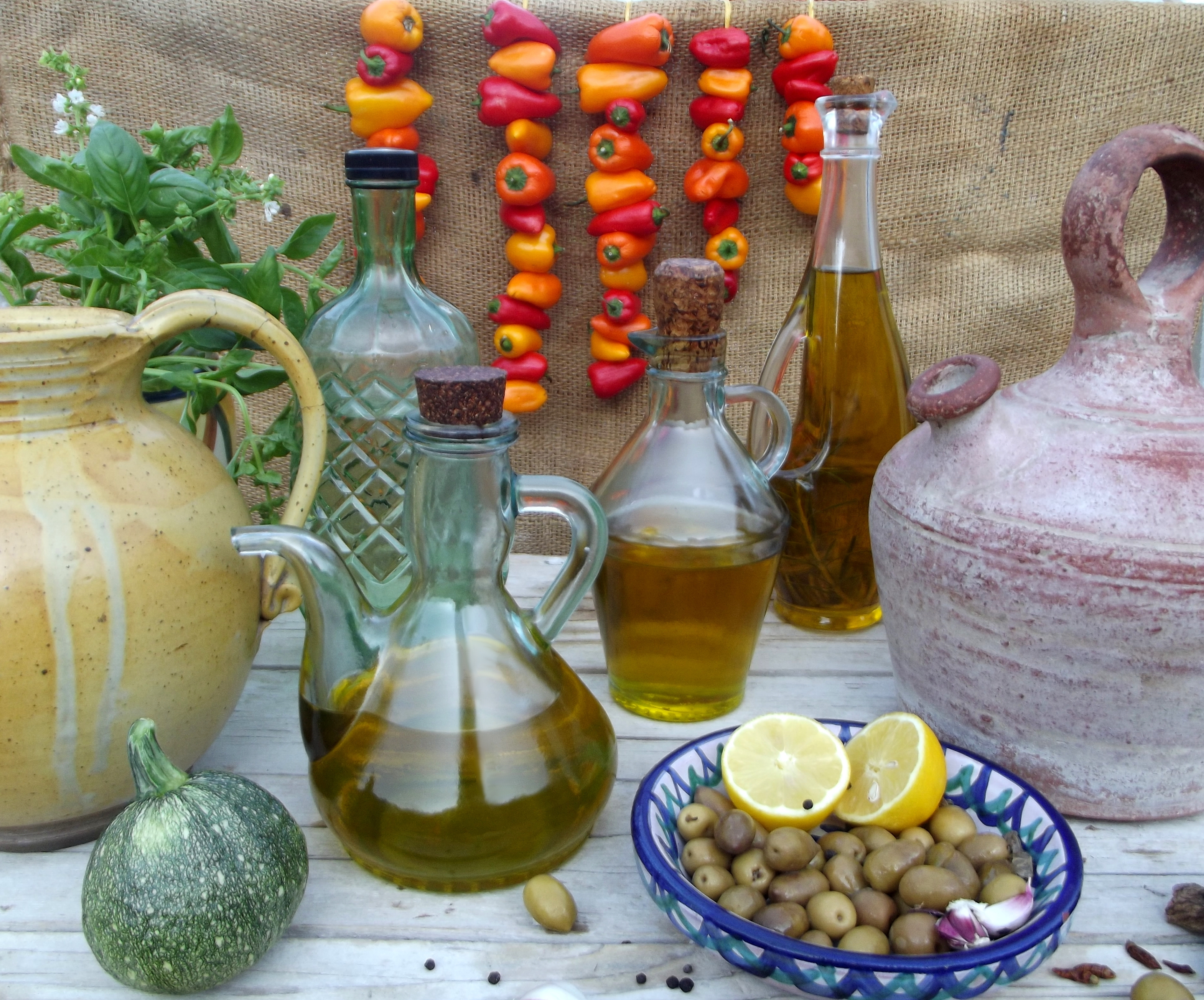 Since olive trees are members of the plant kingdom, and their olives are fruits, olive oils contribute to the healthfulness of Mediterranean-type diets for two distinct reasons.  The ﬁrst, their fatty acid proﬁle, which is monounsaturated, and the second, their numerous health-promoting micronutrients, such as phytonutrients and antioxidants are the reasons olive oil contribute to the healthfulness of the Mediterranean Diet.

In terms of practical matters, there are many and varied tastes and ﬂavors of olive oils from the Mediterranean and other olive oil growing regions.  The best tasting one for you is the one you like best.  If you’re confused about cooking temperatures and olive oil, or have questions about authenticity and other related issues, the North American Olive Oil Association’s website can answer these questions.  They’re also asking the FDA to establish a national standard for olive oil, and have a petition that consumers can sign, asking for clarity.  Finally, if you’re confused about which olive oil to buy, check out Oldways’ video on the topic.

These are just a few ideas to help you make your own Mediterranean Plate.  For more ideas, see this week’s Fresh Friday Recipes and take a look at our Mediterranean series of 12 Ways to Use a variety of wonderful Mediterranean foods.