A single generation ago, in a remote village in northern Liberia, there was only one thing that grew between the rainy and dry season: squash. The Lorma people indigenous to the northern region call it pumpkin, but these pumpkins are not the orange, Halloween pumpkins known in the United States. Rather, they are a speckled, green-colored variety called kiﬀy.

The Lorma people use all parts of the kiﬀy squash. The leaves can be sautéed or fried in palm oil and used to top rice dishes. The seeds are often roasted or mixed with rice ﬂour and sugar and caramelized. The caramelized seed candy is then ground up into dust and sprinkled as a topping or eaten as is. Additionally, kiﬀy squash is prepared in more familiar ways: delicious and creamy soups, cakes, stews, muﬃns, and more. 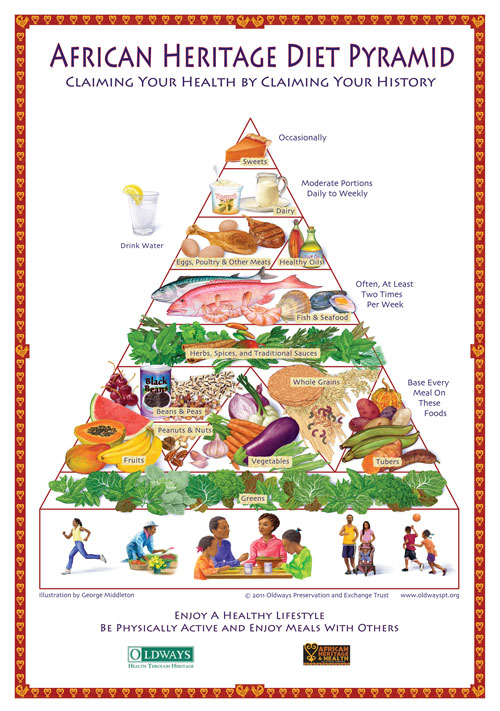 Pumpkins and squash are part of the Cucurbitaceous gourd plant family, which has over 700 diﬀerent varieties. The word gourd is usually used to refer to a squash or pumpkin’s hollowed, dried shell. Although many people don’t realize that members of the Cucurbitaceous gourd plant family are indigenous to Africa, hard-shell, bottled, and dipping gourds are just a few of the varieties that spread from Africa to tropical areas of Asia and the Americas as early as prehistoric times.

Across the continent of Africa, gourds have historically been used as various types of instruments. For instance, the Lorma people of Liberia play the sasa, a dried gourd covered in beads threaded onto string encasing and long pieces of string pulled into a closure and played with two hands, very similar to the well-known shekere popular throughout West Africa. Another popular African instrument utilizing gourds is the marimba, the original xylophone. The player of this instrument uses a mallet to strike wooden slats; under these slats, gourds amplify their sound. Gourds have also historically been used for storing foods and liquids, and as drinking bottles, ladles, and bowls.

Squash is as versatile as it is delicious. Winter squash in particular, such as butternut, acorn, and kobocha squash, have a vibrant, nutritious ﬂesh, and a buttery, sweet ﬂavor, providing ﬁber, vitamin C, and other essential nutrients. Given its rich history and vibrant nutrition proﬁle, squash is an important part of the African Heritage Diet Pyramid, along with other healthy plant foods like leafy greens, tubers, and whole grains.

As winter continues, explore the varieties of squash available to you. Be creative and resourceful just like indigenous people around the world and try as many parts of the squash as possible (the skin, the seeds, the ﬂesh). For some inspiration, check out our recipes for butternut squash soup with coconut milk and ginger, dandelion greens with pumpkin seeds, and spicy pumpkin soup.

Special thanks to Saigay Sheriﬀ (Liberian baker and chef) for providing information about the Lorma people and Liberian squash traditions.