During this tour, travelers got a taste of Italy exploring the Campania region, home to the stunning Amalﬁ coastline, historical cities and ancient ruins, and unforgettable food. We were based in Naples and Sorrento with Chef Michael of the acclaimed SRV restaurant as our guide. 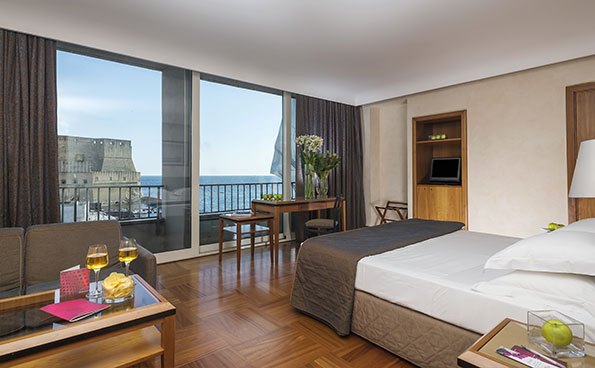 The Royal Continental Hotel is a 4-star hotel on the Naples’ seafront promenade, right in front of the marina and historic Castel dell’Ovo. The hotel is a 10-15 minute walk to the historical center, and features a rooftop pool and dining with a view of the sea.

Superior rooms are larger than the Standard rooms, and all Superior Rooms feature balconies overlooking the Gulf of Naples and overlooking the pedestrian promenade of the city, ideal for those who want to wake up in front of the sea. The supplement for a superior sea view room is €35,00 per room, per night.

The hotel also has 3 junior suites available to our group, for a supplement of €70,00 per room, per night. The Junior Suites are divided into sleeping and sitting areas, with a double balcony and large windows.

Over hundreds of years, the land of the Parco de Principi Hotel has been owned by many: the Order of the Jesuits; King of Naples, Ferdinand IV; the King’s cousin, the Count of Syracuse; the Cortchacow family, who attempted to create a dacha for their cousin, Tsar Nicholas II of Russia. In 1959 it was purchased by an engineer from Naples who commissioned the architect bio Ponti to transform the former palace-dacha into a hotel. Ponti’s design is rooted in the earth and characterized by the verticality of the ancient dacha and the Sorrento coast.

Meet the Chef and Guide

Our tour is led with Chef Michael Lombardi of SRV Restaurant in Boston.

Chef Michael Lombardi, a native of Connecticut, ﬁrst moved to Boston to attend Boston University. After discovering his passion was in the kitchen, he switched from his intent on the corporate life and attended the Culinary Institute of America.

Lombardi discovered his love for Italian cuisine while cooking in the Umbrian city of Orvieto. After six months, he returned to the States and took a position at the Michelin-starred Mario Batali restaurant, Del Posto, in New York City. He spent two years at Del Posto before heading back to Europe where he worked alongside chef Kevin O’Donnell in opening L’Oﬃce in Paris.

Upon his return to the States, Lombardi landed at Gwynnett St. in Brooklyn before coming to Boston in early 2013 to reunite with his former colleague and now Executive Chef, Kevin O’Donnell, as the Chef de Cuisine of The Salty Pig in the Back Bay.

When owners Michael Moxley and Jim Cochener set their sights on expanding their empire with SRV, Lombardi jumped at the chance. The pair signed on as Co-Executive Chef and Partner at the South End restaurant, which opened in early 2016. 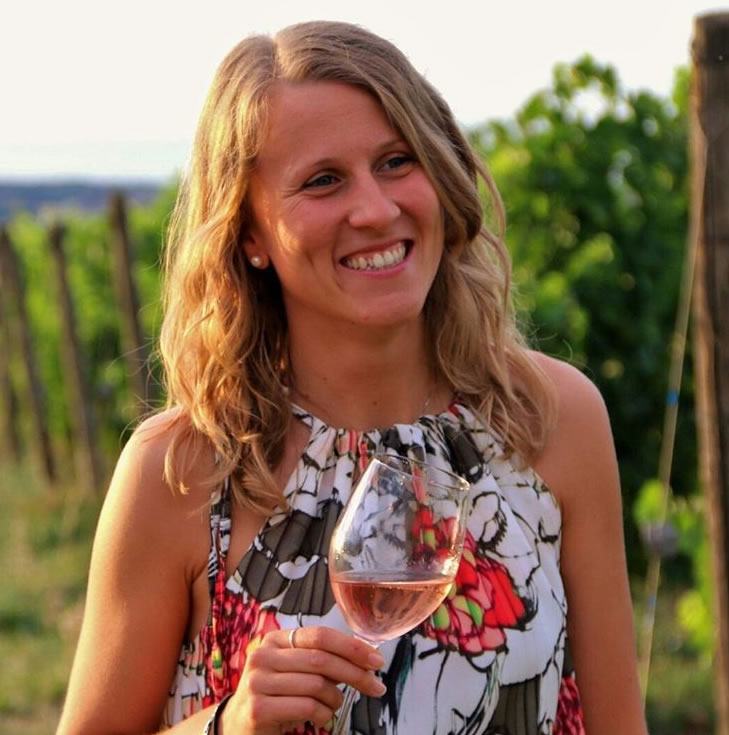