I’m writing today from Brazil, where Oldways (the parent organization of the Whole Grains Council) is running a Scientiﬁc Consensus Conference in conjunction with the IV World Pasta Congress. And, as always when I travel, I just can’t resist checking out the local whole grain scene. Our hotel is right on Copacabana Beach, so ﬁrst we walked down the beach – I may be into whole grains, but not to the point where I had to see a grocery store ﬁrst! – enjoying the surf, the sand castles, the “foot volleyball” (just picture playing no-hands volleyball!), the little drink stands where you can buy a glass of champagne or a coconut with a straw stuck in it. My wandering-companion, Oldways media manager Kyle Potvin, had never visited Brazil before and neither had I, so the beach was ﬁrst on the list. 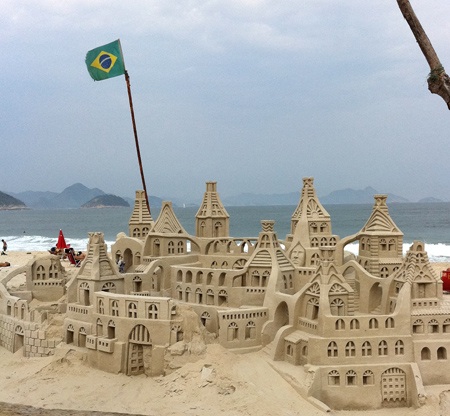 Eventually our explorations led us inland a few streets and we found a small urban supermarket. In the U.S supermarkets are almost invariably huge and suburban, with convenience stores too often the only option in urban areas. Here in Brazil, as in Europe and Asia, national chains shoe-horn small but fully-stocked grocery stores into suprisingly modest spaces, and this Portoﬁno store was typical of the genre. Right in front by the cashiers we immediately found a substantial display of just about every whole grain imaginable, from quinoa ﬂakes to wheatberries and everything in between, oﬀering very gratifying evidence that whole grains have a foothold in Brazil. 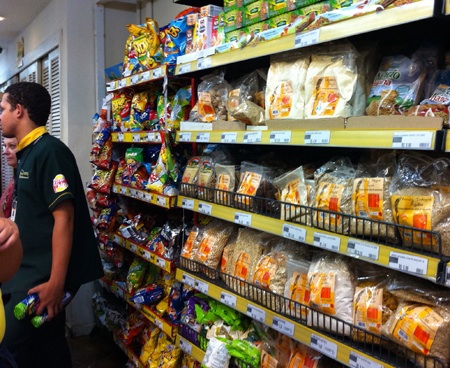 We pushed on, past displays of lush tropical fruits, many we’d never heard of before today, until we reached the bakery department. I knew intellectually that the Whole Grain Stamp is being used in Brazil. We approved the ﬁrst products to use the Stamp here more than a year ago, and created a Portuguese-language version of the Stamp speciﬁcally for Brazil. 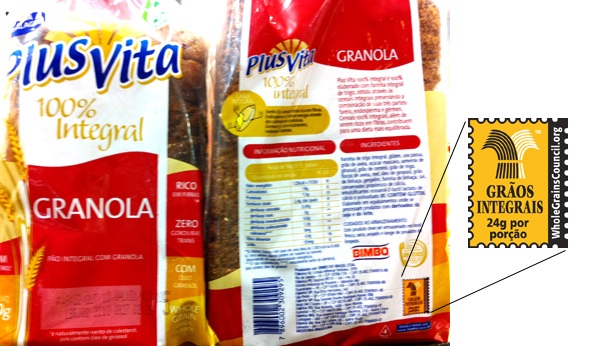 And yet… there’s still something seriously cool about walking into a store almost 5000 miles from home, and seeing that familiar black and gold Stamp. 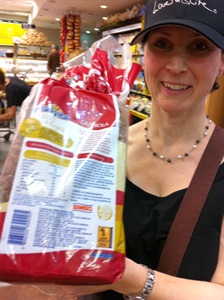 There it was, on Grupo Bimbo’s Nutrella brand Pão Ameixa con Iogurte and on their PlusVita Pão Granola (Granola Bread) – as you can see up close in the photo above, and in this one with Kyle.

Encouraged by our luck at the Portoﬁno store, we also stopped at a nearby Zona Sul store, and continued our search for whole grains. Among our ﬁnds: 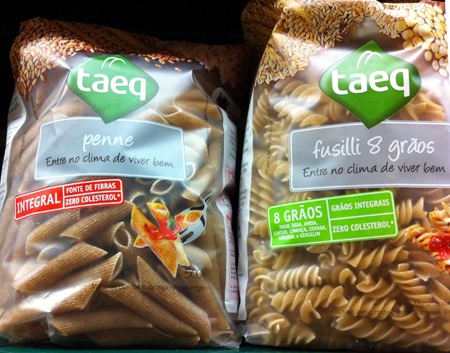 Whole grain pasta (just two types in this store, despite Brazil’s position as the third largest pasta producer in the world)… 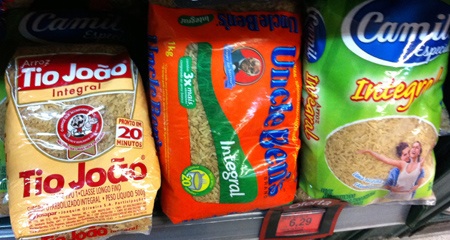 And whole red and black rice, that’s apparently now being cultivated in the Vale do Paraiba Rivera area of São Paolo state. Red rice, we’re told, was brought to Brazil originally in the 16th century by the Portuguese, and has since then been a staple of inhabitants of the interior northeast part of the country… 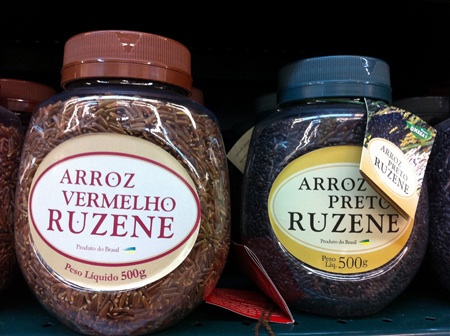 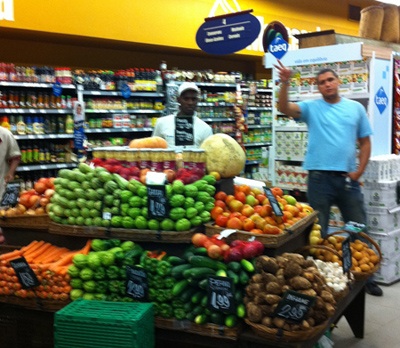 That’s the end of our grocery tour. There’s one of the store employees, in the light blue shirt. I don’t speak Portuguese, but it’s pretty clear he’s saying, “Hey! No photos in my store!” Can we get back to the beach, now, before the real work of running the conference begins?  — Cindy *All photos belong to Cindy