…Today is Bastille Day, so we’re opening with a few bars from the French national anthem, La Marseillaise, and then continuing by inviting you on an armchair photo tour of Normandy. Normandy may be best known to historians as the site of the D-Day Invasion in World War II, but to foodies it’s known as the land of calvados, cream, ﬁne cheeses, and so many other gourmet delights. I visited Normandy a few months ago on a scouting trip for next year’s Culinaria trip, and fell in love once again with this verdant and lovely area on the French coast. 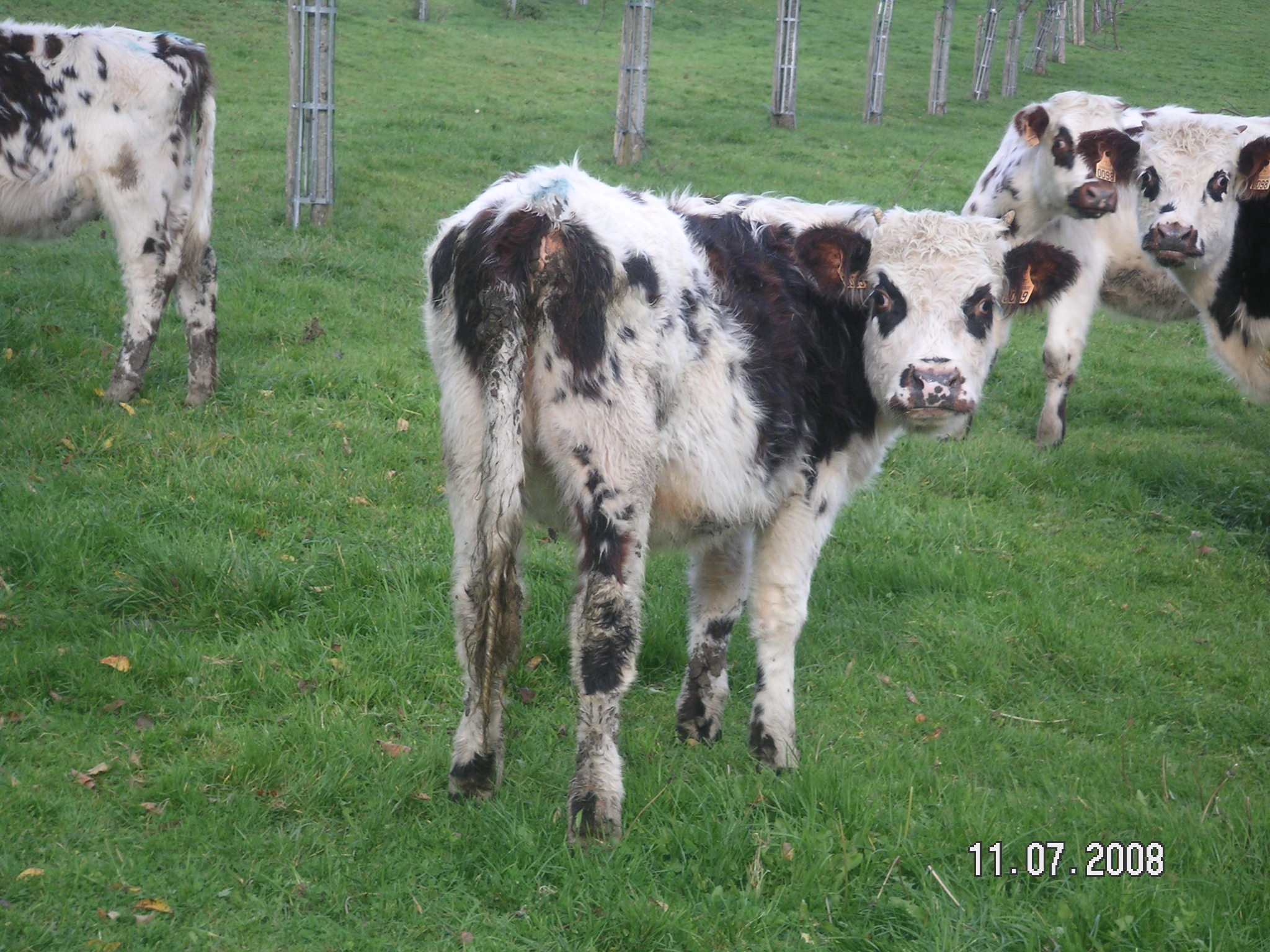 Normandy’s cream and its best cheeses start with a speciﬁc breed of cow, the Norman cow. This heirloom breed of cow almost died out in the last century, as farmers began switching to Holsteins, which give a greater volume of milk. But then there was a belated realization that quality is more important than quantity – and now many farmers have dedicated themselves to building up the Norman breed. It’s interesting to hear them talk about the great eﬀort they put into matchmaking between various cows and bulls, to move the line forward. 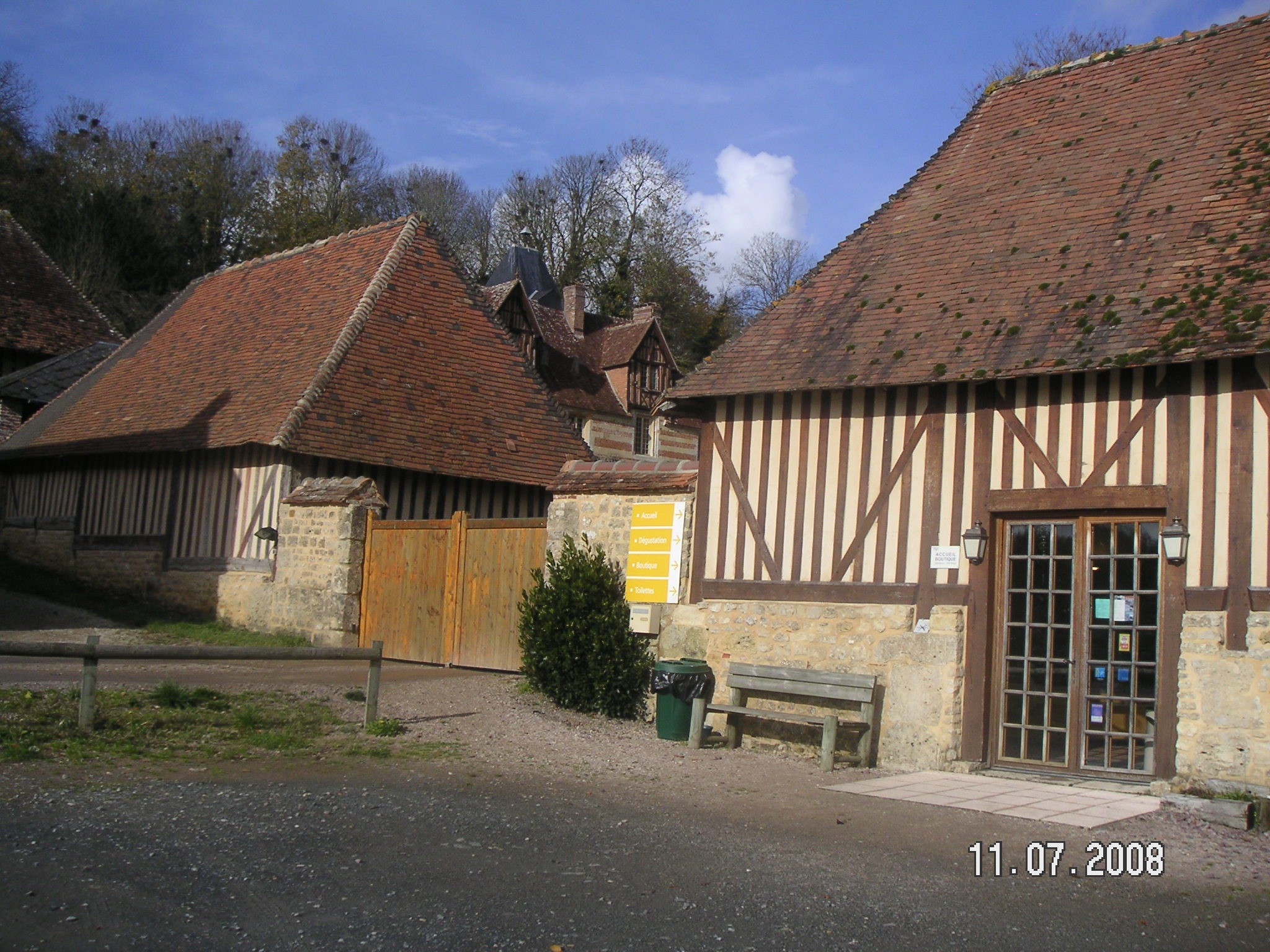 At the Domaine St. Hippolyte in Saint Martin de la Lieue, researchers are carrying on a creative and active program to help resurrect and strengthen the Norman breed, while providing demonstrations of cheese-making and other traditional crafts. Three AOC cheeses come from Normandy: Camembert, the best known, Livarot, shown on the left below, and Pont-l’Eveque, the square cheese shown on the right. 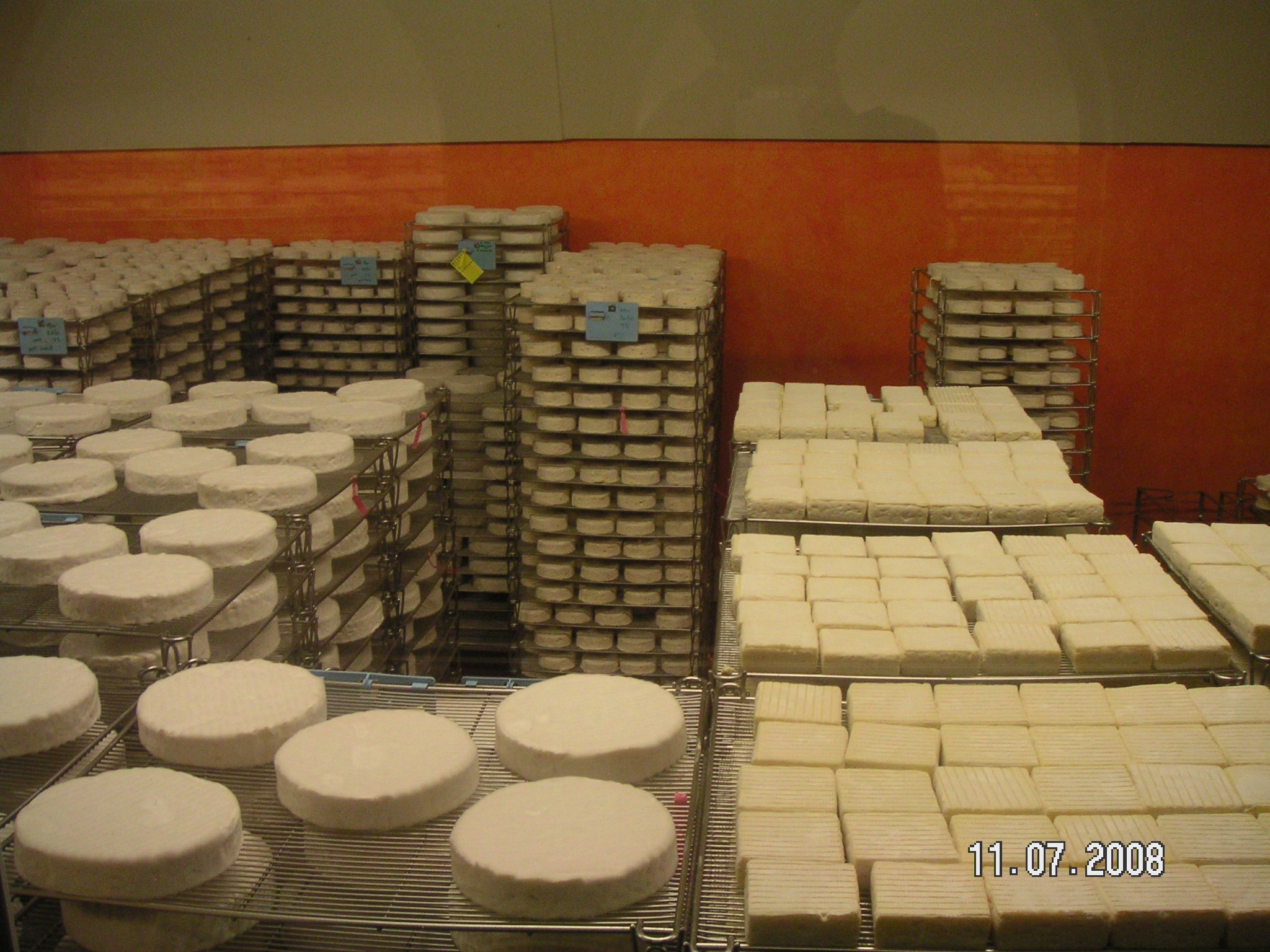 AOC — or Appellation d’Origine Controlée — denotes a special food or drink product that is deﬁned by its ties to a particular locality. As AOC products, these three cheese must be made in Normandy, from Norman-breed cows that have been eating local Norman grass. (AOP, or Appellation d’Origine Protégée, is the Europe-wide version of the French term AOC — and will now be used in France, too as of May 2009.) 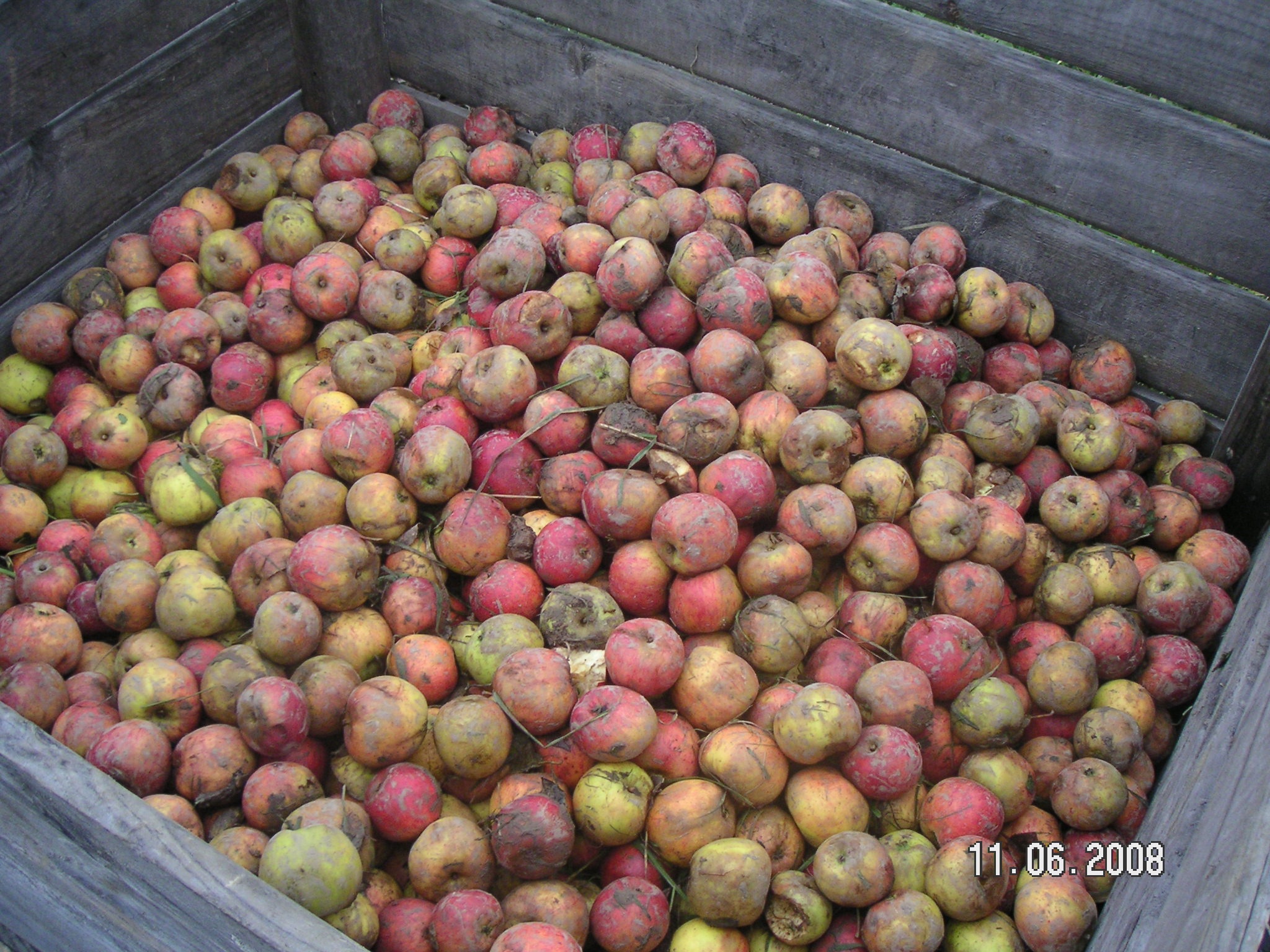 Apples vie with cream and cheese for a place at the center of the Norman table. Not only are the fruits incorporated into many local dishes, but — more importantly, if you ask a Norman! — they’re also used to make calvados, the famous apple brandy, and pommeau, another apple-based spirit. 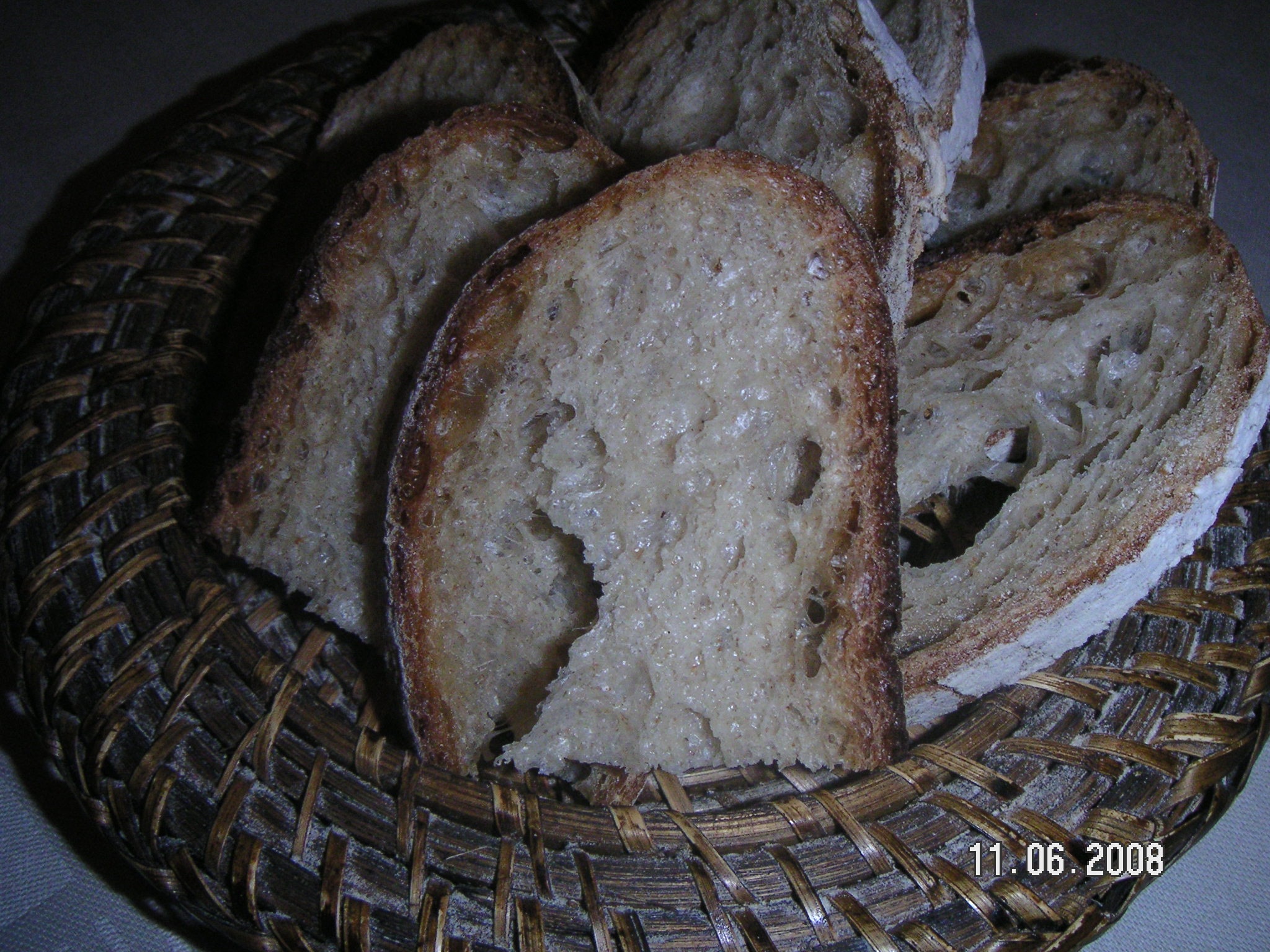 Traditional breads are making a comeback in Normandy too. As someone who spends much of her life promoting whole grains, I was thrilled to ﬁnd Norman restaurants serving “pain semi-complet” — partially whole grain bread — instead of the usual lily-white French baguette. Even in France, it turns out, the fuller, nuttier taste of foods made partly or totally with whole grains is becoming more popular. 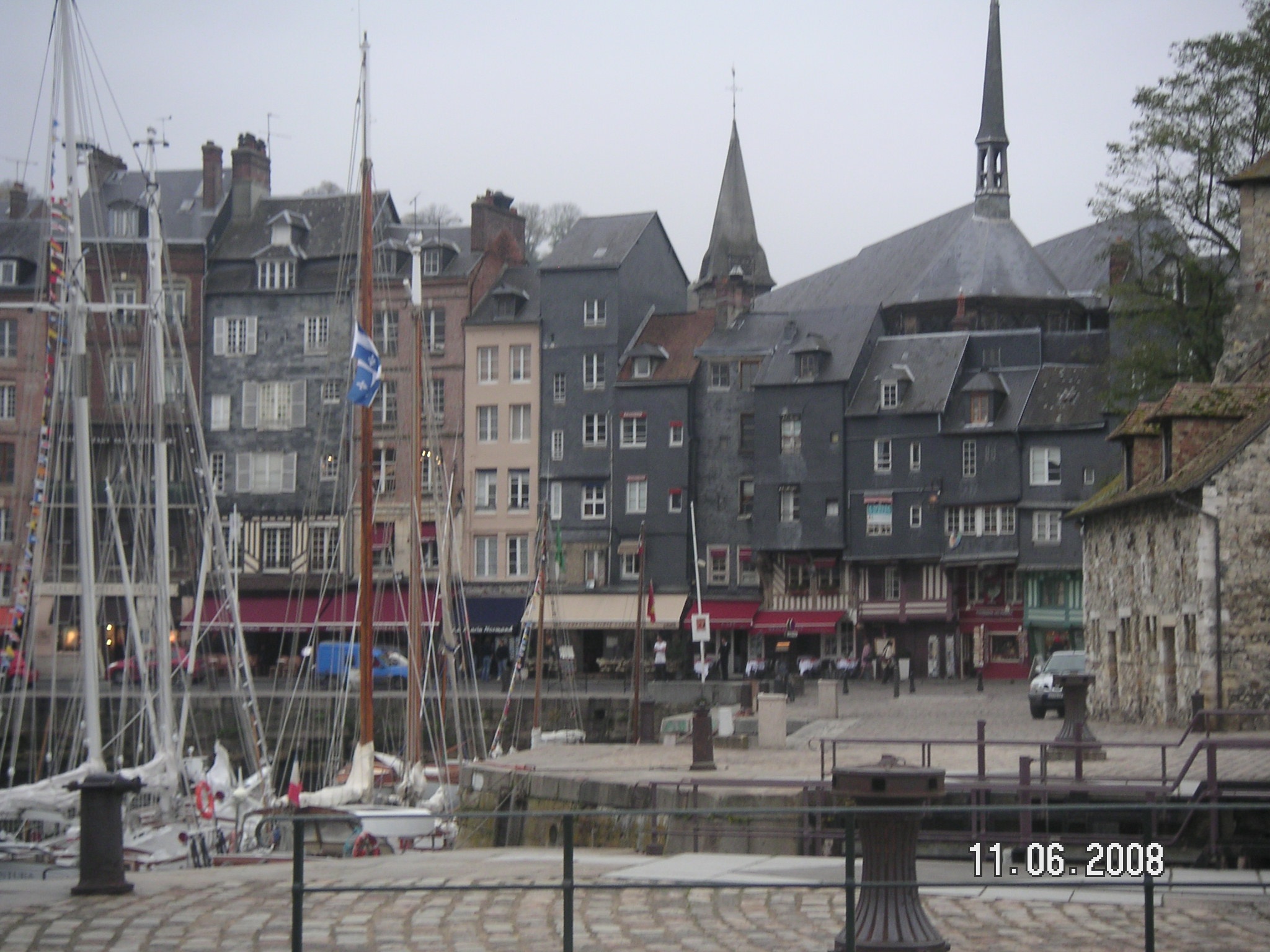 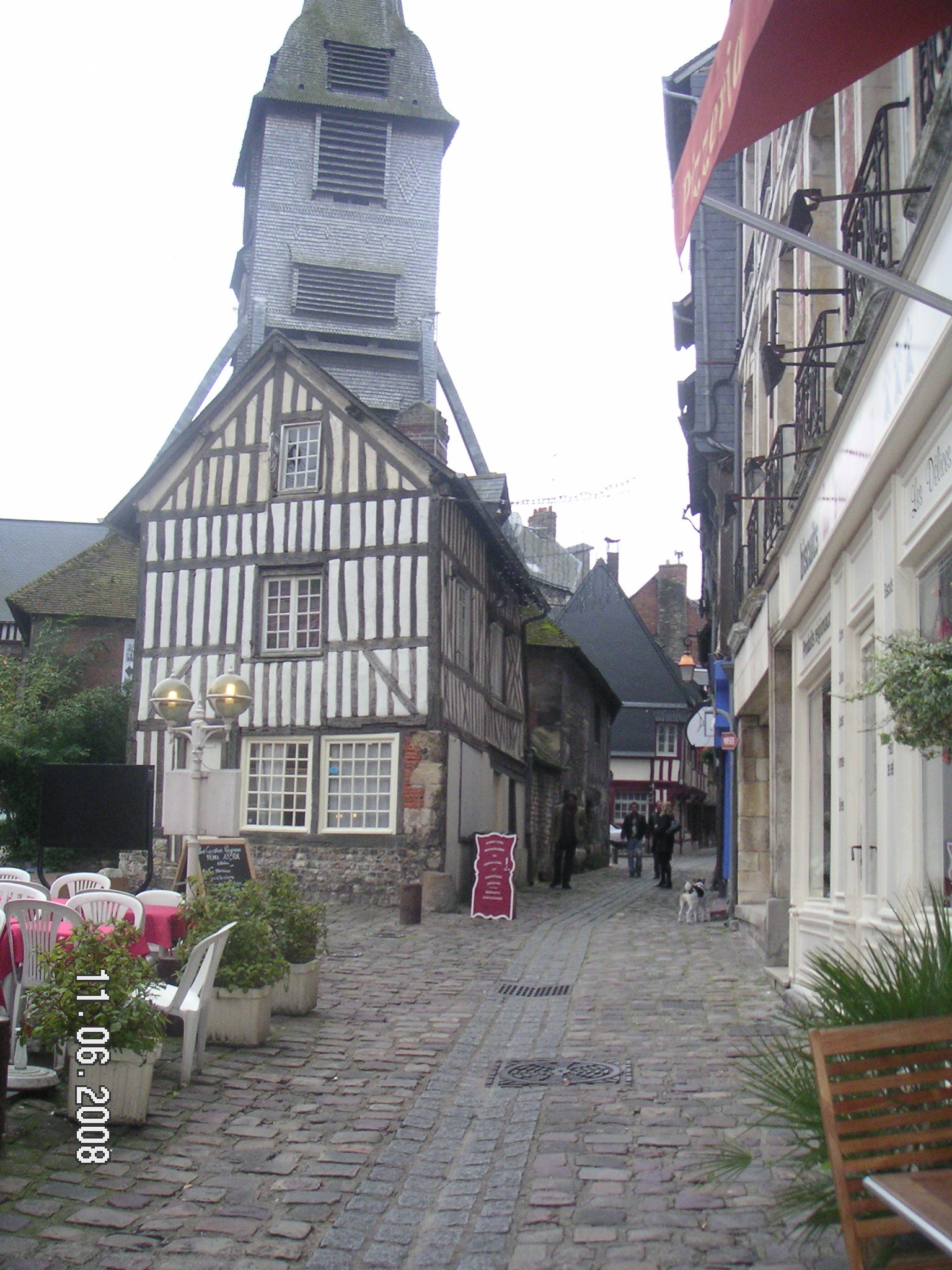 If you can take your eyes oﬀ the food for a minute or two, Normandy also oﬀers charming architecture. Here are two photos (above) from Honﬂeur, a ﬁshing port, and two (below) from Louviers, where our friend Susan Herrmann Loomis, runs a great cooking school. 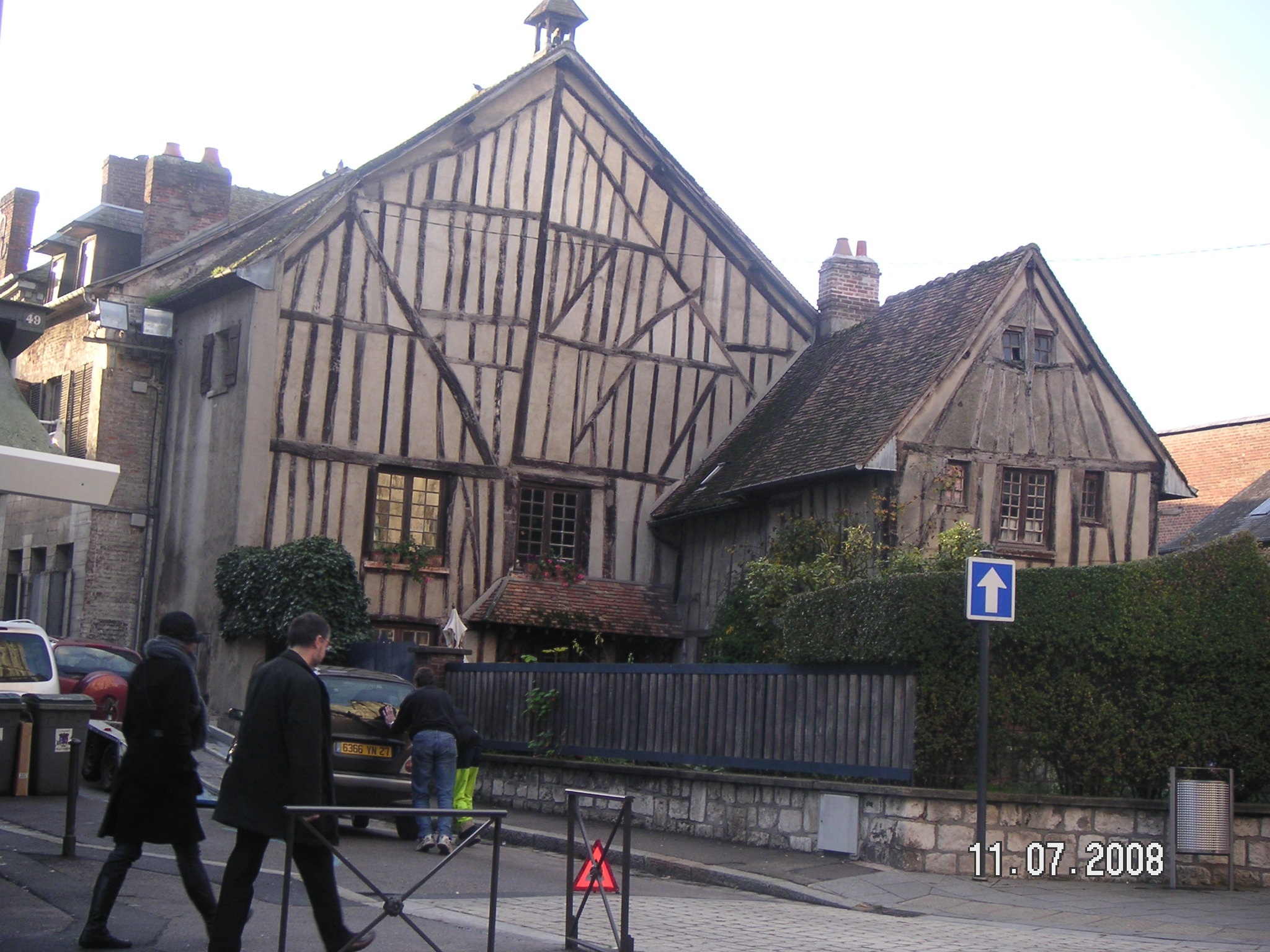 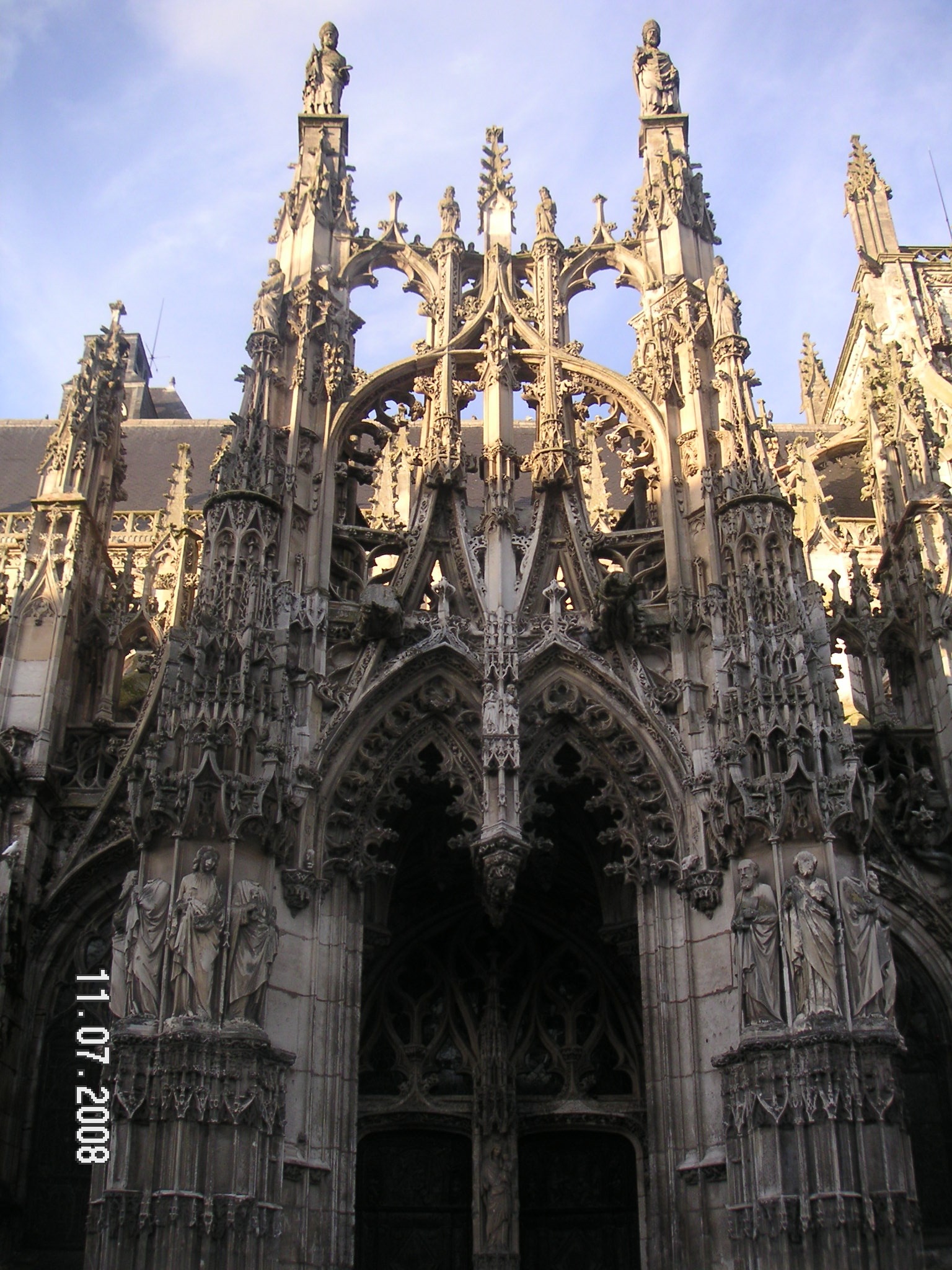 We’re heading back to Normandy next spring, and you’re invited to come along. (We’ve scheduled the trip for springtime to enjoy another local specialty, the salt-meadow lamb, whose special succulence comes from feeding on salt-marsh grasses.) We’ll explore the culinary traditions of the Norman countryside with a small group of fellow food lovers, weaving in trips to markets, an oyster farm, and cooking demonstrations. It’s too early for signups for our Normandy Culinaria, but you can be on our Sneak Preview list by emailing cynthia@oldwayspt.org.  — Cindy