The Real Truth about the Mediterranean Diet

We love it when folks call or email Oldways with questions about food and nutrition!  Having the opportunity to chat with people and share our nutrition knowledge is so rewarding. So, as we continue our month-long Mediterranean Diet Celebration, we thought it was the perfect opportunity to look back at some of the great Med Diet questions that have come our way over the years -- and share our answers on The Oldways Table to help shed even more light on the many benefits of the Mediterranean Diet. (Sneak preview: the Mediterranean Diet is affordable, delicious and nutritious!) 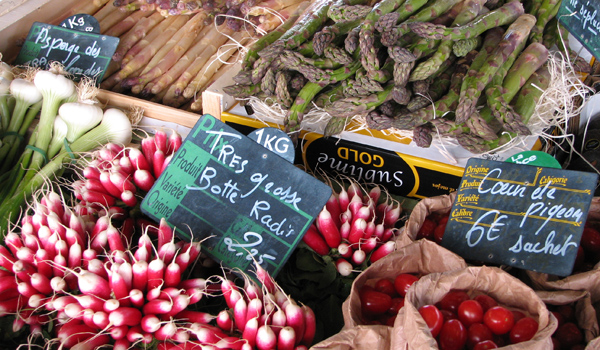 We love it when folks call or email Oldways with questions about food and nutrition!  Having the opportunity to chat with people and share our nutrition knowledge is so rewarding.

Q. Is the Med Diet vegetarian? I’m not ready to give up meat.
A. While scores of studies (especially those from Loma Linda University) show the beneﬁts of a vegetarian diet, the Med Diet is what we call a “plant-based” diet rather than a vegetarian diet. This means that most of its foods come from plants — but there’s no need to give up meat. In the Mediterranean Diet, small amounts of good-quality meat are used as “condiments” — beef sliced thinly on a salad, for example, or a kabob that mixes a little lamb with onions, peppers and tomatoes — rather than serving a large piece of meat in the middle of the plate.

Q. Does the Mediterranean Diet include any other saturated fats beyond meat?
A. Yes. Though saturated fat is low in the Mediterranean Diet, it’s not “forbidden.” Even olive oil, at the center of the Mediterranean Diet, contains saturated fat (about 14% of its total weight). Cheese and yogurt are also regular staples in the Med Diet, eaten in moderate but nearly daily amounts. Think of Med traditions:  Fresh feta topping a Greek salad of ripe tomatoes, crisp cucumbers, olives, etc. or small samples of local cheeses ending a meal in France.  The cheese and yogurt in the Med Diet are quite diﬀerent from some foods by the same name in today’s supermarkets, however. Natural cheeses, including raw milk cheeses, are not the same as sliced “cheese food,” and traditional plain live-culture yogurt (no added sugar) is not the same as a commercial vanilla yogurt that may contain no live cultures and may have more than 5 teaspoons of added sugar in a six-ounce container.

Q. Won’t eating pasta as part of the Med Diet make my blood sugar spike dangerously?
A. No. As Oldways documented in its ground-breaking conference on Glycemic Impact in 2013, a diet heavy in foods with high Glycemic Index or Glycemic Load scores is indeed dangerous for health. Pasta, though, has a glycemic impact closer to that of intact grains than to that of bread or crackers, and is a part of traditional diets around the Mediterranean. Because of the structure of the starch molecules in pasta, it’s digested slowly, providing steady fuel instead of dangerous blood-sugar spikes. Plus, pasta’s partners on the plate — vegetables, olive oil, beans, small amounts of ﬁsh or meat — further pull down its glycemic impact, when eaten in moderate portions. While the glycemic impact of both reﬁned and whole grain pasta is similarly low, whole grain pasta adds an extra bonus of more healthy nutrients.

Q. Is olive oil the main reason the Med Diet is so healthy? 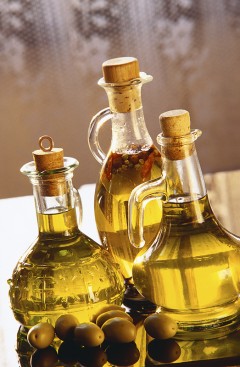 A. Olive oil has been proven on its own to be an especially healthy fat choice, with studies connecting olive oil consumption to reduced stroke and diabetes risk, among other beneﬁts. That said, while olive oil is a key component of the Mediterranean Diet, eﬀorts to pinpoint “the superfood” in the Med Diet have repeatedly shown that its beneﬁts come from the interaction of all its healthy foods, working together. It’s a great illustration of that old saying, “The whole is greater than the sum of its parts” — or, put more simply, 2+2=5. Anointing certain foods as “superfoods” and others as “demons” keeps us from seeing the Big Picture of enjoying a wide variety of whole and minimally-processed foods.

Q. Wait! Isn’t all processed food bad for me?
A. Food has always been processed, since the beginning of civilization. Before refrigeration, cheese and yogurt were ways of processing milk to extend its shelf life beyond just a few hours. Lacto-fermenting vegetables (think kimchi, sauerkraut and traditional pickles) allowed people to enjoy vegetables in the dead of winter. Bulgur and pasta are the original grain fast-foods — ways of precooking wheat ahead of time so that it could be put on the table in minutes, with minimal use of fuel. Traditional processing generally makes foods more nutritious — by adding “good” bacteria — while modern processing too often makes foods less nutritious. So look for the old ways of processing; they’re a key part of the Med Diet!

Q. What’s the science behind the Mediterranean Diet? Can you prove its health beneﬁts? 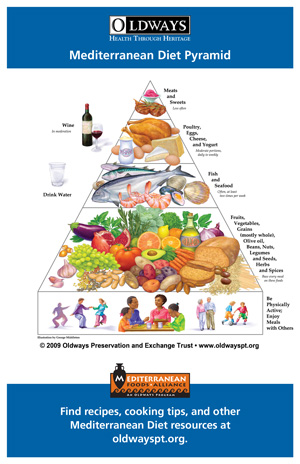 Q. So is the Mediterranean Diet the best diet, overall?
A. You might expect us to answer with a quick yes — but actually, there’s no single “best” or “only” way to eat. In fact, all traditional diets around the world — including the meat-milk-blood diet of Masai warriors in Africa and the ﬁsh-meat-and-blubber diet of the Inuit in North America — support health better than the typical Western Diet. The Mediterranean Diet is not the only healthy approach, it’s just the best-documented healthy diet in the world, because of the hundreds if not thousands of Med Diet studies that have been carried out by serious researchers. It’s also prized because it’s so enjoyable and easy to stick to. Check out our recipes for inspiration, or order our Oldways 4-Week Mediterranean Diet Menu Plan book.

Q. You’ve convinced me to “Go Med.” But isn’t it expensive?
A. The traditions of the Mediterranean Diet come from the food of country folks with limited means. Eating seasonal vegetables and legumes (beans) while cutting back on meat and processed foods can actually end up saving money in your grocery budget. The best way to control your food budget is to cook more often: it’s easy to ﬁx a Mediterranean dinner for less than $2 per person, when you know a few cooking basics.

Q. Once last question. If I follow the Mediterranean Diet, will I still have to go to the gym? 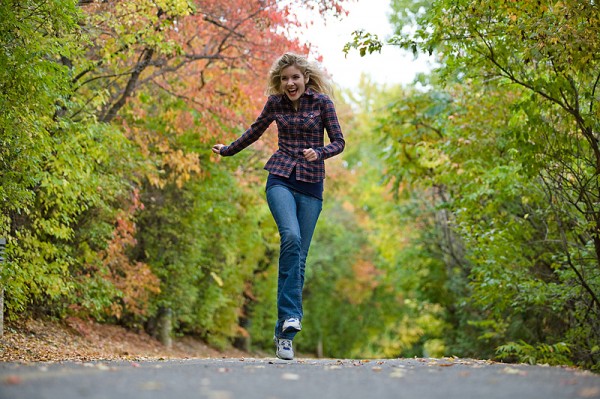 A. Being healthy is not just about what you eat. Lifestyle matters too. You could eat the healthiest diet in the world, but if you aren’t active, your body won’t be able to move nutrients into your cells and move wastes out. Stress and sleep matter too. New evidence is mounting that sitting all day is especially harmful, and that a full night’s sleep is essential to health. But don’t despair if the gym isn’t your thing. Try dancing, bike-riding, kayaking — or simple walking. Think about the joy of movement throughout the day.

Do you have questions about the Mediterranean Diet that we may not have answered? Ask away, we are here to answer.

Veronica
What book will give me a true Med.Diet recipes?
Cynthia
Hi Veronica, One good place to start is with our own Oldways 4-Week Mediterranean Diet Menu Plan Book. All the recipes are quite easy and friendly, using common ingredients. It's available on our webstore at http://www.oldwayswebstore.org/oldways-4-week-mediterranean-diet-menu-plan-book/ Kudos to you for wanting to take care of your health.
Janice
Is a vegan diet needed to eliminate heart disease, or is a Mediterranean diet good enough?
Cynthia
Hi Janice. No diet can promise to eliminate any disease -- since your genes, exercise habits, pollution, and so many other things influence disease. That said, there's plenty of research that shows a Mediterranean Diet is indeed very heart healthy. No need to go all the way to vegan. Go to our Health Studies at http://oldwayspt.org/health-studies and check "Mediterranean" and then "Heart / Cardiovascular disease" and you'll see the research.
Janice
Thank you!
Sherri
Hi Cynthia, I do not eat eggs, hot oatmeal or fish other than tuna. Are there any substitutes for these? Would I still be able to follow this way of eating?
Cynthia
Hi Sherri, Following the Mediterranean diet is not about eating any specific foods. It's not like the Grapefruit Diet or the Cabbage Soup Diet or any of those fad diets! If you don't eat hot oatmeal, enjoy some other form of whole grains. Eating tuna instead of other fish choices would work too, and eggs are certainly not "required" for the Med Diet. Our Med Diet Pyramid and the recipes on our website should give you plenty of options for finding foods you enjoy.
Keke
I don’t eat fish at all. Is it possible to replace with chicken for this diet and be successful?
Hannah-Oldways
Hi Keke, You can definitely still follow the other healthy eating guidelines of the Mediterranean Diet. The core foods for everyday include whole grains, fruits, vegetables, beans, herbs, spices, nuts and healthy fats such as olive oil. The Mediterranean Diet Pyramid recommends occasional chicken and poultry in moderate portions. Here's a link to the pyramid and other Mediterranean Diet resources: https://oldwayspt.org/traditional-diets/mediterranean-diet
Bernie
Is the only dairy eaten on the Mediterranean Diet limited to yogurt and cheese? How about low fat milk (skim, 1%, or 2%) and low fat cottage cheese?
Katherine-Oldways
Hi Bernie, you can absolutely have low fat milk and cottage cheese in moderation while following the Mediterranean diet! There are a lot of resources more specific to dairy on this website which you can feel free to explore. Thanks for your question.