Marian Morash Reminisces About the Pleasures of Many Tables In 1975 my husband Russ created a television show for PBS called “The Victory Garden” born out of his love of gardening. When viewers asked for recipes utilizing the vegetables grown on the show I was recruited to demonstrate those I had devised from our prolific harvest.  I became “Chef Marian” and it was just about this time that Dun Gifford came into our lives. 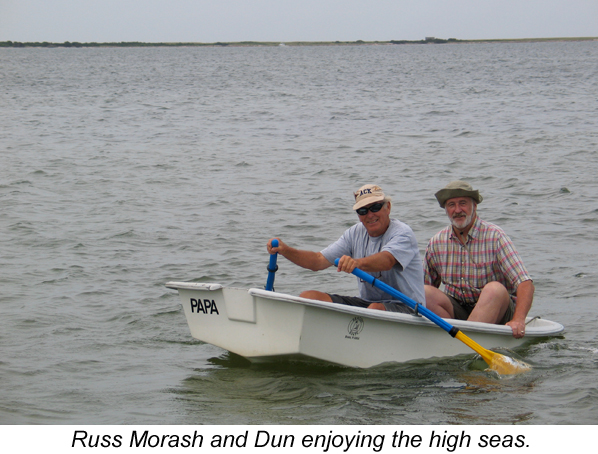 Marian Morash Reminisces About the Pleasures of Many Tables

In 1975 my husband Russ created a television show for PBS called “The Victory Garden” born out of his love of gardening. When viewers asked for recipes utilizing the vegetables grown on the show I was recruited to demonstrate those I had devised from our proliﬁc harvest.  I became “Chef Marian” and it was just about this time that Dun Giﬀord came into our lives.

Russ and Dun became best buddies and spent many a Nantucket summer day clamming and scalloping together.  But when they returned from their gathering it was Dun who would join me in the kitchen – he took great pleasure in cooking and eating good 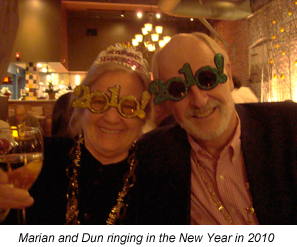 fresh food.  For the next 25 years I cooked on the show and our friendship with Dun grew, born out of great conversation and a mutual appreciation of wonderful meals.  So it was no surprise when Dun established Oldways Preservation Trust, an organization to promote natural healthy cooking.  It might be said he was a lone voice calling out to appreciate the food wisdom of the past, which now makes so much sense.  He deeply respected culinary traditions and promoted the Mediterranean Diet Pyramid way ahead of its time.

In 1995 The Victory Garden was preparing a trip to Italy to visit some of the great Italian gardens.  Since Italian foods were also on the agenda Dun suggested we explore one of Italy’s ﬁnest and healthiest – olive oil.  We visited a number of olive oil producers in Tuscany but I shall not forget the ﬁrst stop we made at the estate of the renowned Laudemio Frescobaldi olive oil.  I was taken for a tour of olive groves by perhaps the most handsome farmer in Italy. I was so captivated by this tall Adonis I could hardly make my way through the rugged hillside or think of my next question for him. Luckily he was a charming and well-versed guide for our viewers.  After that lovely encounter we headed to a facility where local farmers brought their olives to be pressed. I was oﬀered a glass of extra virgin olive oil right out of the barrel that smelled sublime and was as heady as a serving of ﬁne wine.

With that to whet the appetite the next stop was a visit to Badia a Coltibuono where our friend and cookbook author Lorenza de Medici lived.  Here, in her glorious estate, Lorenza prepared the simplest and most delicious dish for us.  There was no printed recipe for her Panzanella; she straightforwardly gathered the ingredients at hand.  First she took half a loaf of her homemade Tuscan bread that was a few days old and slightly stale.   She broke it into rough pieces, placed the pieces in a bowl and wet down the bread with water. While the bread absorbed the water we moved to the garden and picked warm tomatoes and sprigs of basil.  Back in the kitchen she squeezed the water out of the bread, returned it to the bowl and added tomato chunks, strips of basil, a few slices of red onion and a bit of minced garlic.  She tossed all together, sprinkled the mixture with wine vinegar and drizzled her fragrant estate-bottled extra virgin olive oil over all. We seasoned each serving with salt and freshly ground pepper and may I tell you that this dish was so perfect that I think of it today, so many years later, as a highlight meal in Italy.  Simple, fresh, healthy and delicious, the Oldways trademark, wouldn’t you say?