Rosemary Stanton Breaks into Her Memory Bank My memory bank holds many special moments related to Oldways, but perhaps the most important facet was the way Oldways fostered the inclusion of people from different specialties – always on an equal footing. 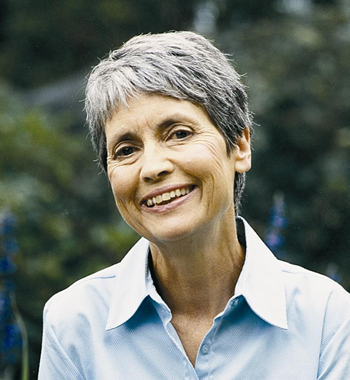 I have been a nutritionist, food writer and author, and lecturer at various Australian Universities for the last 46 years. I spent many years investigating Mediterranean and other traditional dietary patterns, all of which has morphed into my current interests in sustainable food production for the future as well as school and community gardens. I am more than happy to acknowledge that much of my work over the last 20 years has a direct link to the dozens of Oldways conferences, tours and meetings in which I participated, including contributing to the Mediterranean Diet Pyramid.

My memory bank holds many special moments related to Oldways, but perhaps the most important facet was the way Oldways fostered the inclusion of people from diﬀerent specialties – always on an equal footing. Around the Oldways ‘table’, I enjoyed the company and contribution from many of the world’s top medical and nutritional scientists, as well as chefs and culinary experts, food writers and authors (including some who enjoyed worldwide fame), agricultural experts, ecologists, geographers, historians, food policy experts and growers of a wide range of foodstuﬀs. Together we discussed the issues relating to food and together we came to some important conclusions.

It is also fair to say that Oldways helped crystallize what has become my life’s work: getting people to look at whole foods and eating patterns rather than taking a reductionist approach to single nutrients. Oldways always promoted a whole food approach and I am forever thankful for that insight, so often missing in my own profession.

Barcelona has long been my favorite city with its amazing La Boqueria market and the work-in-progress on Sagrada Família, which I visited many times since 1979. Tunisia led to some long-term friendships (including with Marion Nestle, who continues to inspire me on an almost daily basis), more memorable friendships in Puglia and the start of my serious consideration of future food production. This was inspired by talks with Sidney Mintz, Tim Lang and Mary Taylor Simeti in Lecce and now dominates my working life.

My original initial interest in Mediterranean diets began after spending some time in Crete in 1979, so the Oldways meeting there in 1997 was particularly relevant for me. It wasn’t just the food scene that lingers in my memories, however. That April, Crete experienced a sudden cold spell and four distinguished (but shivering) professors (all male) and I went searching the shops for anything warm. After some scavenging in back corners, we emerged in a variety of garments, some not very well ﬁtting, but occasioning great mirth. I was the lucky one, having found a woolen poncho that I have worn every winter since!

Food always featured so wonderfully in Oldways conferences and I loved the fact that every meal was so special in so many ways. There was never any attempt to go totally ‘vego’  nor would anyone ﬁnd better examples of how to properly showcase the wonders of the plant world. Happy anniversary Oldways. And thank you!