When the USDA unveiled its MyPlate in June of this year, The Whole Grains Council and Oldways responded immediately with oﬃcial comments and supportive real-food, Mediterranean-inspired plates. We applauded the USDA’s move from its former, rather obscurely-striped pyramid as a positive step towards helping people conceptualize a balanced daily meal. But MyPlate’s minimalist graphic of four words—fruits, grains, vegetables and proteins—in a circle felt like only a fraction of the story, lacking essential speciﬁcs and directions to help people make healthier food choices. In our public statements, we suggested that more direction, more speciﬁcity on food types and quality, and more foods be added to the guide. 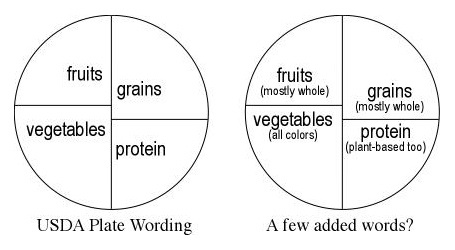 Apparently, Harvard’s School of Public Health agreed with our views, for they have just come out with their own modiﬁed version, the Healthy Eating Plate, which includes more details and qualiﬁers to help people make healthier choices at a glance. While we believe that Oldways’ Pyramids are still the best way to depict a healthy total diet, The Healthy Eating Plate helps people to visualize a truly nutritious meal, consisting of healthy food choices — not just grains, but whole grains; not simply protein, but the healthiest sources; etc. 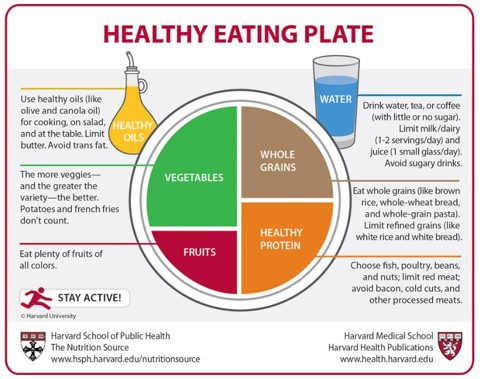 Small changes like those proposed by us and by Harvard can have big impacts, as the title of Harvard’s plate indicates. We’ve gone from just My Plate to The Healthy Eating Plate, whose selectivity acts as a great role model for consumers to be more choosy about what goes onto their dishes. Some of the good ideas from both healthy plates: Harvard also picked up on the one thing that no healthy eating model should exclude: food! Limited to showing just one meal at time, the Healthy Eating Plate cannot include images of delicious foods without excluding so many others, but it does give examples of healthy-choice foods throughout its text. For its Healthy Protein zone, it lists ﬁsh, beans, nuts and poultry as healthy sources.  Brown rice, whole-grain pasta, olive oil, and tea are other foods mentioned in the brief text.  (We don’t agree with everything on the Harvard School of Public Health plate. We happen to enjoy potatoes in many forms, and love the many kinds of cheese that are a staple of Mediterranean culinary traditions.) While we salute Harvard’s text for returning the focus to actual foods, Oldways is still a big believer in inspirational food visuals and in the importance of depicting total diet, not just an isolated meal. We stand by our lush Pyramid design. It’s funny that a pyramid (a form not found on any kitchen table!) should appear more appetizing than a plate, but the pyramid provides the space to ﬁll in with abundant, appetizing foods for every meal. Consumers can look and see foods they love and think “I could gladly eat those a few times a week!”  We think that plates and pyramids naturally work hand in hand, which is why Oldways has begun to develop “Plates of Expression” for each one of its four (soon to be ﬁve) Traditional Pyramids. In this way, you can take your favorite foods from the Pyramid and use them to ﬁll in your own healthy eating plate. 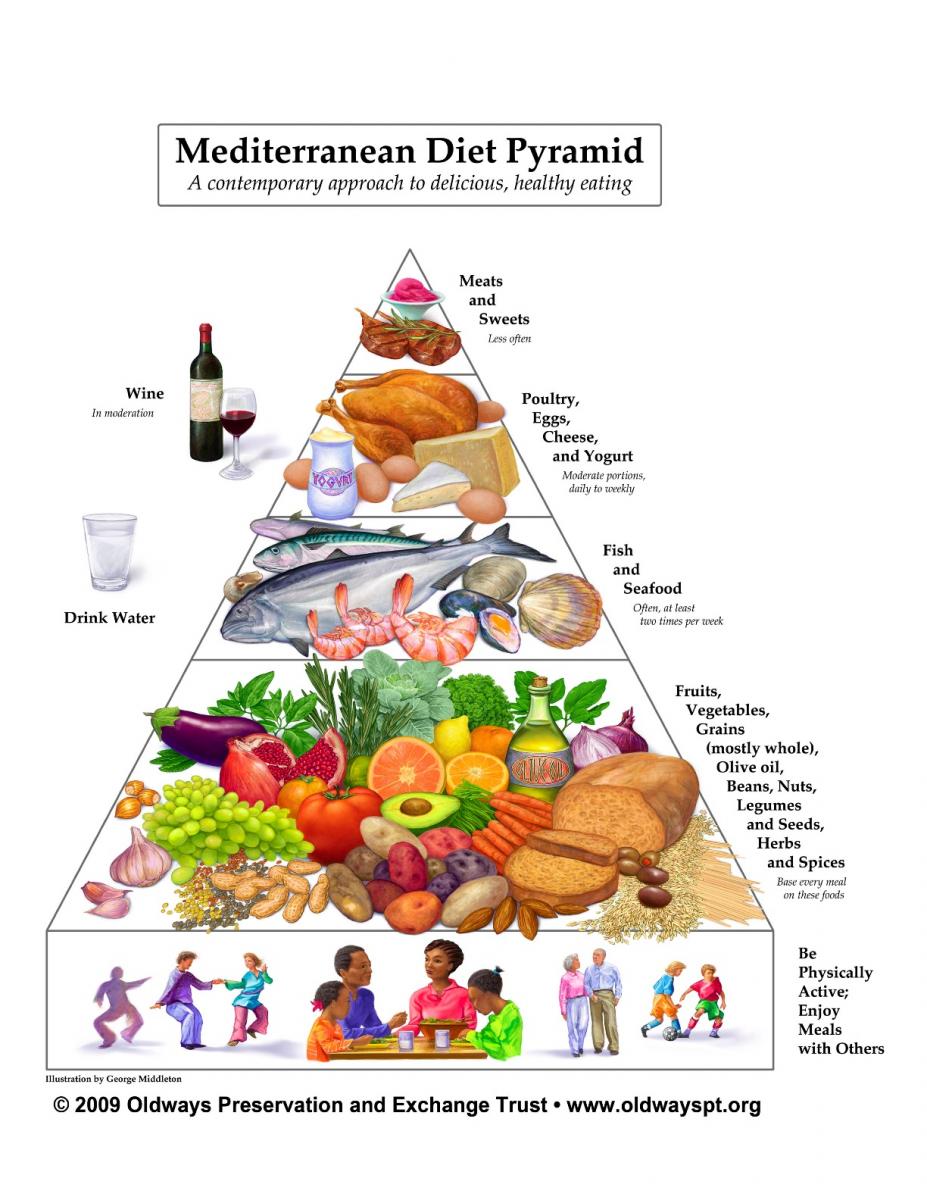 The bottom line: rampant obesity and chronic disease tell us that Americans can use all the models for healthy eating we can get.  Whether it’s Oldways’ Pyramids and Plates of Expression, Harvard School of Public Health’s Healthy Eating Plate, USDA’s MyPlate, or some other eﬀort, we’re all on the same team, working to change the way people eat for the better. —Sarah