I just learned the very sad news that Dimitrios Trichopoulos died this morning in Athens, surrounded by family and friends, and most importantly, Antonia, his wonderful wife.   Dimitrios was a towering figure in the world of nutrition. 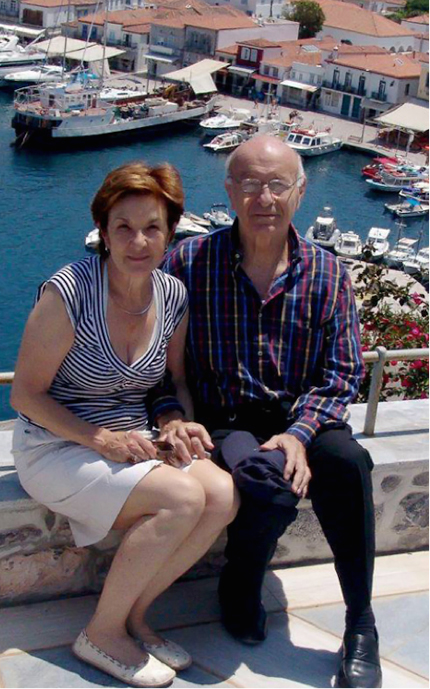 I just learned the very sad news that Dimitrios Trichopoulos died this morning in Athens, surrounded by family and friends, and most importantly, Antonia, his wonderful wife.

Dimitrios was a towering ﬁgure in the world of nutrition.  He was a Professor of Cancer Prevention and Professor of Epidemiology at the Harvard School of Public Health.  He was also a Member of the Athens Academy and President of the Hellenic Health Foundation in Greece.  Among many other accomplishments, Dimitrios published the ﬁrst study linking passive smoking to lung cancer and other early work linking hepatitis B and C and tobacco smoking with hepatocellular carcinoma, and key studies on intrauterine exposures in relation to breast cancer risk.  For Oldways, he was the Co-Chair of our ﬁrst International Conference on the Diets of the Mediterranean in 1993, the Conference where the Mediterranean Diet Pyramid was introduced.

While he was all of those things, when I think of Dimitrios, I think he was one of the kindest, sweetest persons of all times.  He was a gentleman, of course, but he was truly a gentle man.

For the most part, I saw Dimitrios only in the company of Antonia, sometimes at their apartment in Athens, but most often at conferences.  They met as medical students in Athens, and for many years, spent many weeks apart.  Antonia was the “mother of the Mediterranean Diet,” working in Athens and traveling all over Europe.  Dimitrios was on the faculty and the Chairman of the Department of Epidemiology at the Harvard School of Public Health, spending a great deal of his time in Boston.  Dimitrios and Antonia would meet all over the world at nutrition conferences, where I always thought they seemed like honeymooning lovebirds, so happy to be together.  Every summer, they tried out a diﬀerent village in Greece for their summer holiday, sending a photo of the two of them as their New Year’s card.  The one above is from 2011.

And so in this sad time, especially for Antonia, and also for many others who admired and loved him, I will think of all that Dimitrios contributed to the world of nutrition, but most of all, I will think of Dimitrios with Antonia, sweet and gentle love birds.