A Cuisine of Extremes: 7 Reasons New Nordic is the Next Big Food Trend

What do beets, herring, juniper berries, and barley all have in common? They are all staples of Nordic cuisine, which has been experiencing an exciting renaissance in mainstream culture over the past 12 years.

Oldways has long been a fan of Nordic cuisine, for it shares many parallels with the other heritage diets we promote — heavy on the fruits and vegetables and including whole grains, small amounts of quality animal products, and loads of ﬂavor. The Oldways staﬀ was thrilled to invite Darra Goldstein, a leading authority on the cuisines of Northern Europe, to present at one of our monthly Lunchtime Lectures. Her newest feat? Fire + Ice, a collection of 150 classic Nordic recipes collected and written by Darra herself. The book was recently nominated for an IACP award in the International category. 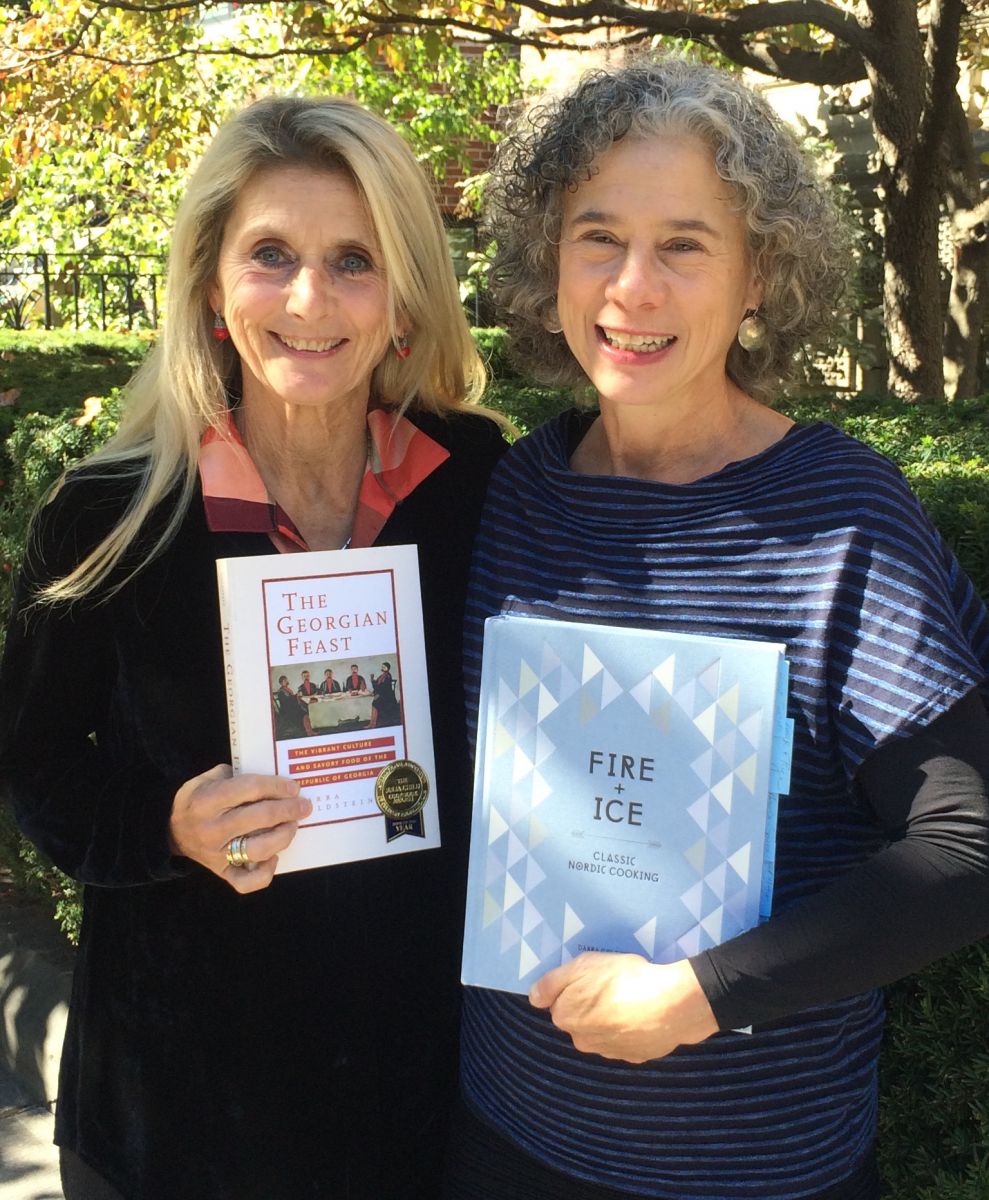 During the lecture Darra gave us a tour of her new cookbook, which represents traditional cuisines of Finland, Sweden, Norway, and Denmark. The pages burst with vibrant imagery, recipes, and descriptions of the food and history, all of which combine to create a rich storytelling experience.

“I wanted people to be thinking about the Northern dimension,” she said, noting that some of the region’s deﬁning factors are environmental — a very short growing season (June to August), poor soil quality, and extensive coastlines. What are the Nords to do? Develop some incredibly creative solutions, as Darra shared with us and highlights in her new cookbook.

Nordic cuisine, though very much rooted in the region’s age-old cultural history and traditions, has only recently been resurging. This is partially thanks to noma — a world-renowned restaurant in Copenhagen known for reinventing Nordic culinary arts since opening in 2003 — and the 10-point New Nordic Kitchen Manifesto — which was crafted by a noma backer and group of Nordic chefs, then ratiﬁed by the Nordic Council.

“In the US, the renaissance partly has to do with anxiety about our food system; people want to know the source of their food, and much of New Nordic relies on foraging, so it seems pure,” Darra explained. “Also, Nordic cuisine has long relied on fermentation to preserve food and lend a distinctive ﬂavor, and the rise of DIY fermentation in the US has given Nordic cooking a cachet that it didn’t previously have.” 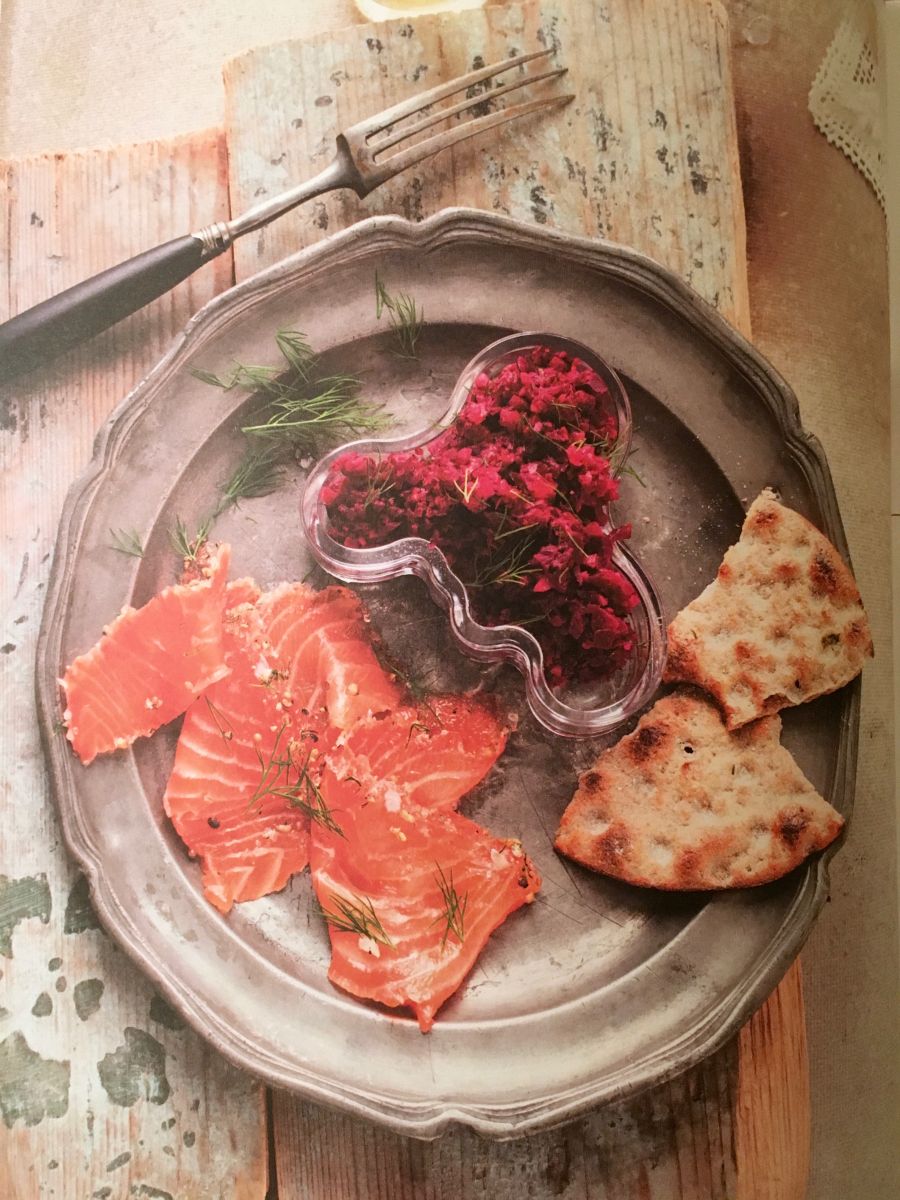 1. Close proximity and long reliance on the sea made seafood and salty, briny ﬂavors very common. Think brined herring and gravlax, which is salmon cured with salt and sugar, layered with dill, and ﬂavored with pepper or elderﬂowers.

2. Root vegetables are huge, literally. Vegetables that grow with tons of sunlight during growing season reach gargantuan sizes, and provide materials to make spring, summer, and autumn salads, and lots of pickled goods to enjoy during the winter.

3. “Sweet and sour are the cornerstones of the Nordic palate,” said Darra. “It’s an integral way of looking at how people eat.” Warm spices like cardamom and cinnamon are also crucial, especially to help balance out the harsh winter. These juxtaposed ﬂavors provide a multi-dimensional ﬂavor pallet and are evident throughout Fire + Ice, and in other people’s takes on Nordic cuisine. 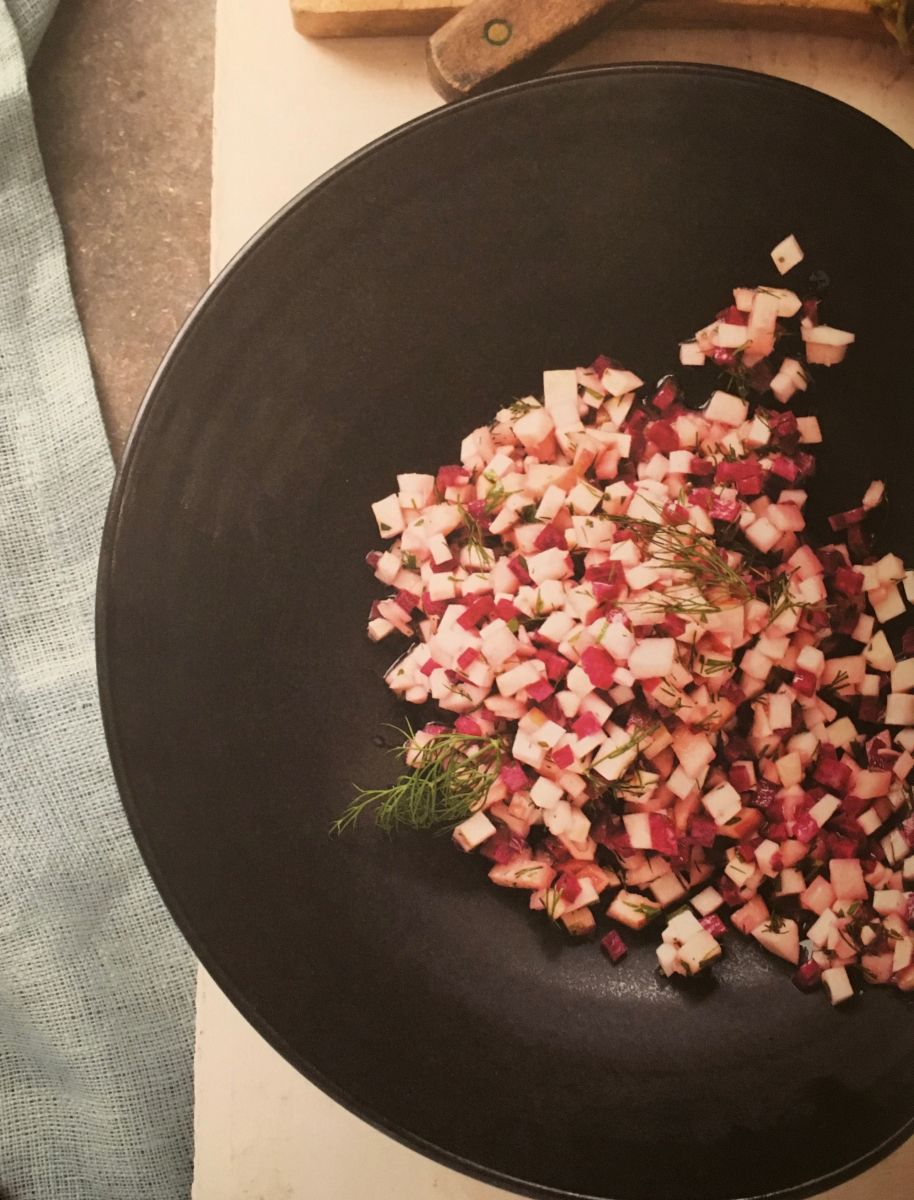 4. Especially in the US, people are getting back into preserving foods through pickling, brining, and smoking, artisanal practices the Nords have been perfecting for ages. It all started because people couldn’t survive the frigid winters without curing and preserving everything from ﬁsh to berries to root vegetables. Try it yourself with Darra’s Ice Cellar Salmon recipe (below).

5. Foraging is a cultural necessity. A short growing season means crops like tomatoes aren’t necessarily reliable, but the Northern dimension’s native edibles have been relied upon for centuries to sustain populations. We’re talking lingonberries, cloudberries, elderberries, and mushrooms. Plus people in Scandanavia love to be in nature; even in the depths of winter they joyfully embrace this time of silence.

6. Barley has long been the staple grain because it could be used to make beer, and then the leftovers were used to make bread, though oats and rye were also common. Because fuel was so expensive, bread was sometimes baked twice a year, which meant that ﬂatbreads and hardtack were very popular.

7. The growing popularity of Nordic cuisine is drawing attention to this part of the world and its cultural traditions that prioritize health, enjoying life’s pleasures, small-scale production, and sustainable practices with a sense of place. In short, Nordic cuisine is all about a mindful diet and lifestyle. 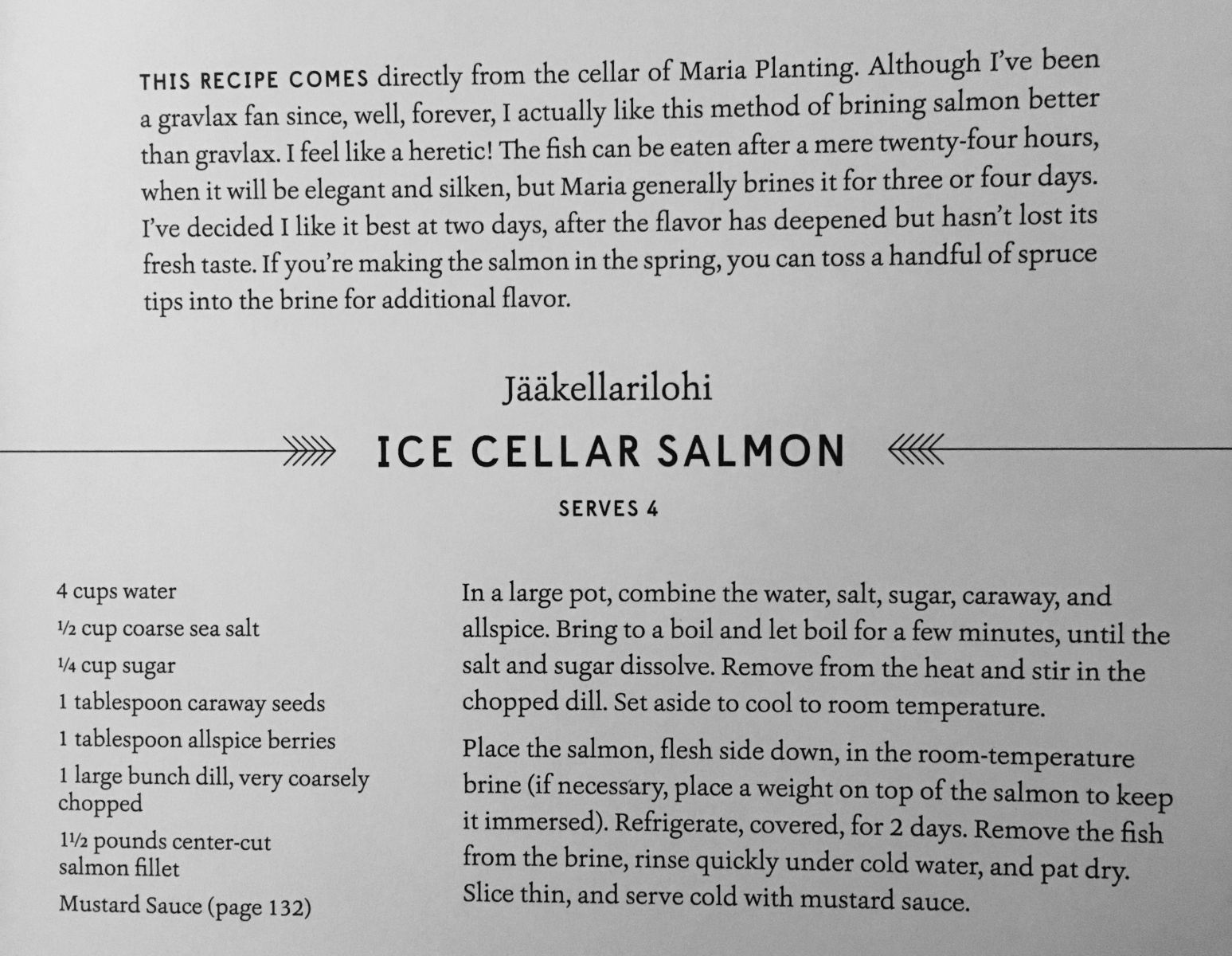