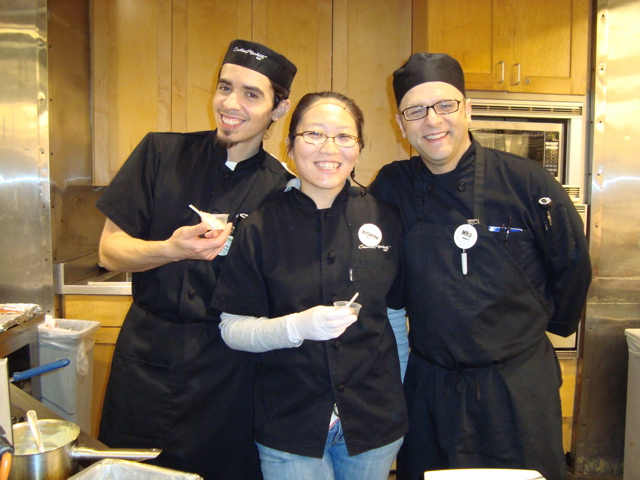 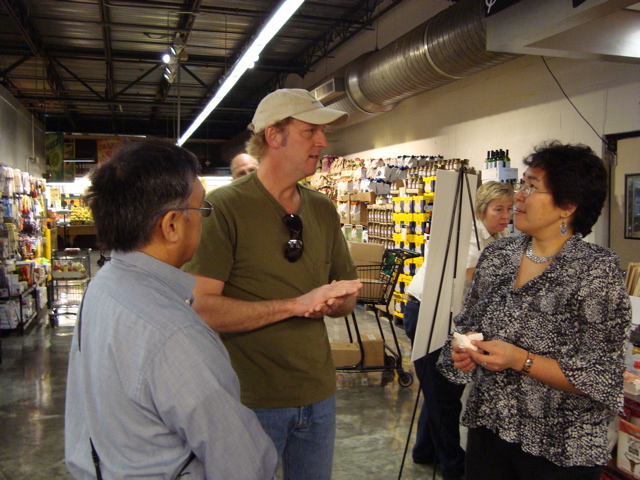 Ellen and Humphrey Keyes, Yupik ﬁshermen from Emmonak, Alaska were on hand too – talking with customers about the subsistence and commercial ﬁshing that they do.  Ellen also brought her ulu, a special knife that they use to cut and prepare the Yukon River salmon they catch for their family’s winter food.  (We’re sure the ulu was in her checked baggage!) 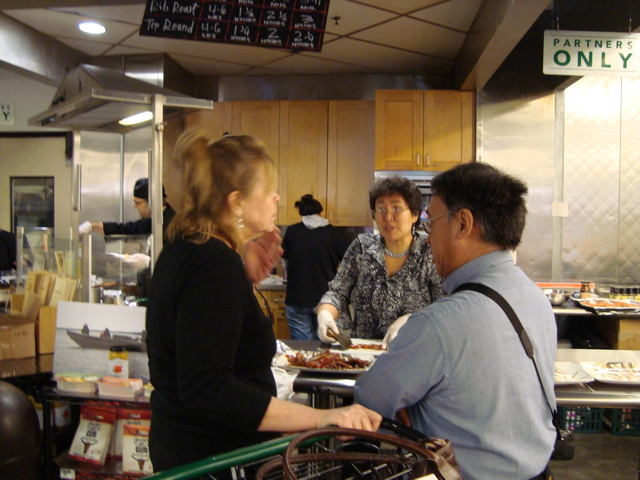 I found it really interesting to talk with customers about the Wild Yukon River Salmon.  Many were committed to wild salmon only, some had no idea how to cook salmon while others shared their favorite recipes with us.  Others were confused about the phrase “previously frozen,” which really can be a positive – frozen immediately at sea in order to deliver fresher ﬂavor to consumers.   Overall, most customers were fascinated to hear the story of Emmonak:  how the community has been revitalized through the sustainable ﬁshing, and how the Yukon River salmon has incredibly high levels of healthy omega-3s, because it is caught at the mouth of the Yukon River, before swimming hundreds of miles upstream to spawn.

We weren’t really surprised….these are the exact reasons we selected Wild Alaskan Yukon River Salmon to be part of the Oldways’ Traditional American Table initiative, celebrating the old ways of eating and living here in the U.S.

Oh and before I go, here’s a tip from our friend in Seattle, Marti Castle-Bickford:  The simplest and best way to prepare Wild Yukon River Salmon is to sprinkle the ﬁsh with sea salt and pepper plus a bit of olive oil and let it sit for awhile. Then sear it meat side down, and then turn it and cook it the rest of the way either in a pan or in the oven until it is translucent, about 10-15 minutes, depending upon thickness.