ON COMMON GROUND | The Dream Team of Nutrition Experts

Who’s your hero, when it comes to nutrition science? No matter what name you came up with, it’s fairly likely that your hero is part of the Dream Team Oldways is gathering together for our Finding Common Ground conference next week in Boston. The bold goal: to get the top experts in one room, and shut the door until they all agree on what constitutes a healthy diet, so that people everywhere can stop feeling whipsawed by conflicting advice.
ON COMMON GROUND

Who’s your hero, when it comes to nutrition science?

Okay, we admit that’s not a question the average person on the street could answer, but we ﬁgure everyone reading the Oldways Table blog probably has at least one person whose work they truly admire, someone who serves as a trustworthy compass for eating well. 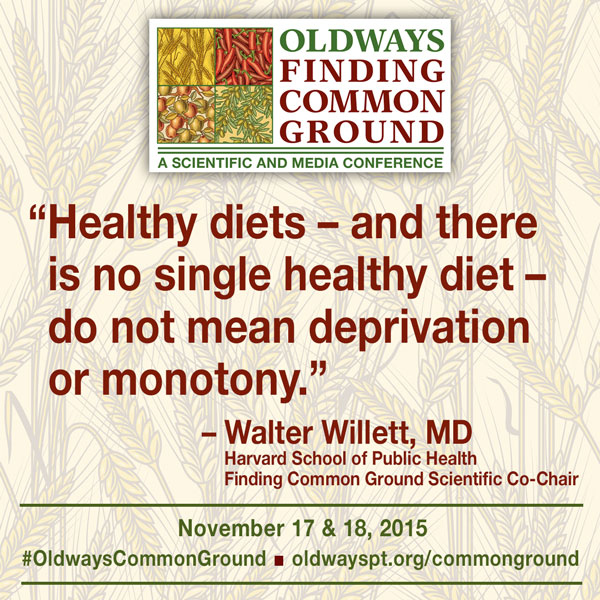 No matter what name you came up with, it’s fairly likely that your hero is part of the Dream Team Oldways is gathering together for our Finding Common Ground conference next week in Boston. The bold goal: to get the top experts in one room, and shut the door until they all agree on what constitutes a healthy diet, so that people everywhere can stop feeling whipsawed by conﬂicting advice. Here’s our list of scientists: 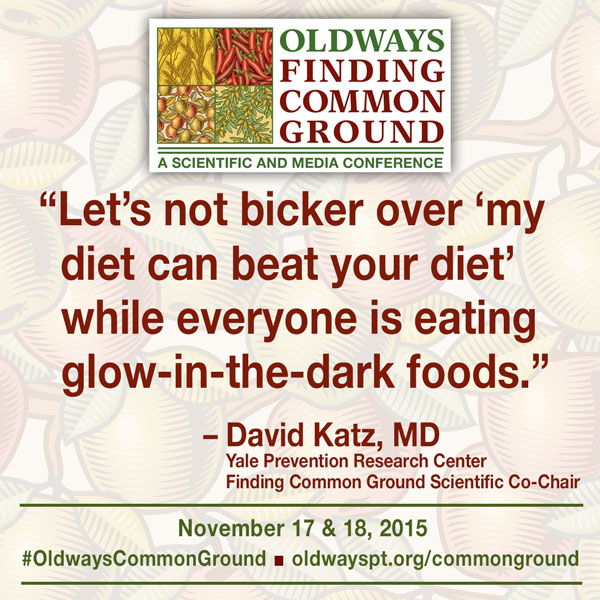 Walter Willett – Cited by U.S. News & World Report as “one of the world’s most recognized and highly cited nutritionists and clinical scientists,” Dr. Willett serves as Scientiﬁc Co-Chair of Finding Common Ground. As a recent article in The Boston Globe reported, he plays “an outsize role in matters of the American diet.” 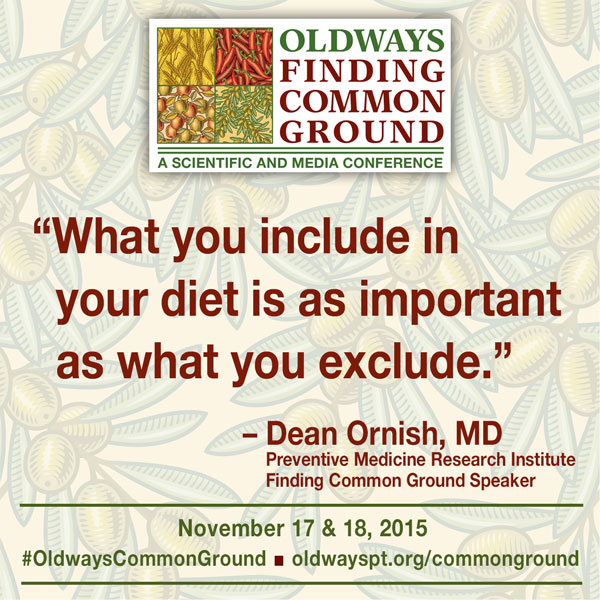 David Katz – “A cross between Johnny Appleseed and a Roman gladiator” is how Dean Ornish describes David Katz, who is our other Scientiﬁc Co-Chair. Must be because Dr. Katz tirelessly spreads the seeds of better nutrition — but does so while ﬁercely defending the truth from various barbarians.

Dean Ornish – Speaking of Dr. Ornish, he’ll be there too. LIFE magazine named him “One of the ﬁfty most inﬂuential members of his generation, and Forbes  called him “One of the world’s seven most powerful teachers.”

Joan Sabaté – The beneﬁts of plant-based diets are increasingly well-documented thanks to Dr. Sabaté’s work as chair of the nutrition department at Loma Linda University. His research is one reason the city of Loma Linda was designated as a Blue Zone by National Geographic’s Dan Buettner.

Boyd Eaton – Now we go from plants to Paleo. Dr. Eaton is widely acknowledged as the founder of the Paleo diet movement. It was his 1985 NE Journal of Medicine paper titled “Paleolithic Nutrition” that sparked initial interest in researching the eating patterns of our distant ancestors.

Christopher Gardner – Dr. Gardner’s on the cutting edge of nutrition research, currently sussing out how factors like insulin resistance, genes, and microbiota aﬀect weight loss. At the same time, he’s focusing on food systems and sustainability.

David Jenkins – Dr. Jenkins, known worldwide for creating and documenting the concept of Glycemic Index, was appointed an “Oﬃcer of the Order of Canada” in 2013 — his country’s highest civilian honor.

David Ludwig and Steven Abrams – Dr. Ludwig, who will also speak on the role of glycemic response, runs the top pediatric obesity clinic in the country, work that led TIME magazine to refer to him as an “obesity warrior.” Dr. Abrams, who also works with kids as Chair of the Department of Pediatrics at the University of Texas’ Dell Medical School, was a member of the 2015 Dietary Guidelines Advisory Committee.

Malden Nesheim and Tom Kelly – What’s good for us to eat should also be good for the planet. Dr. Nesheim is best known recently for his work on the 2015 book A Framework for Assessing Eﬀects of the Food System, while Dr. Kelly is founding director of the University of New Hampshire’s Sustainability Institute.

Alessio Fasano – Dr. Fasano is perhaps the world’s leading expert on gluten and celiac disease, work that has led him to discover that gut health — our microbiome — may be at the root of many auto-immune diseases. (If you missed our blog post about why microbiome matters, read it here.)

Frank Hu, Eric Rimm, Meir Stampfer – This trio of respected researchers from the Harvard T.H. Chan School of Public Health have thousands of peer-reviewed publications between them. Dr. Hu and Dr. Rimm have both served on Dietary Guidelines Advisory Committees, and Dr. Stampfer is among the top ﬁve most-cited scientists in clinical medicine.

Dariush Mozaﬀarian – Dr. Mozaﬀarian is Dean of Tufts University’s Friedman School of Nutrition Science & Policy, the only graduate school of nutrition in North America, and also a board-certiﬁed cardiologist, which gives him special insight on the beneﬁts of healthy eating.

Neil Barnard and T. Colin Campbell – Rounding oﬀ our dream team are two scientists very well-known for advocating plant-based diets. Dr. Barnard is President of the Physicians’ Committee for Responsible Medicine, and Dr. Campbell is celebrated for carrying out The China Study, featured in the documentary Forks over Knives. 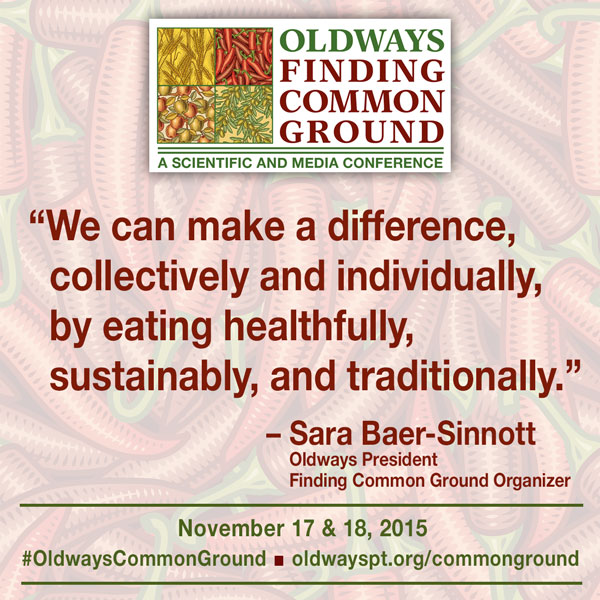 What will happen when all these experts get in the same room? Stay tuned to ﬁnd out. We also have commitments from dozens of top nutrition and health journalists planning to attend, representing outlets as diverse as NPR, The Today Show, The Wall Street Journal, WebMD, USA Today, HuﬃngtonPost, Family Circle, Women’s Day, and many more — so no matter where you turn for your news, you’ll hear the results.

Don’t want to wait? We’ll be publishing the consensus statement on November 18, and will be sharing their presentations on the Oldways website as soon as possible after Thanksgiving. Sign up for updates here and stay in the know about when we release conference materials.