Choosing My Cheese of Choice

Born and raised in the Midwest, there are two things that I hold innately reverent: basketball and agriculture. It wasn’t until I moved to Massachusetts a few years ago that I realized not every household in America had a basketball goal in the driveway and a game on the television during suppertime. It wasn’t until I left home that I realized that driving your tractor to school was a rather strange concept, that abutted cornfields were not the only way to establish property lines, and that not everybody’s summer was perennially capped off by carefree days spent with family, friends, and friends to be at the local fair. 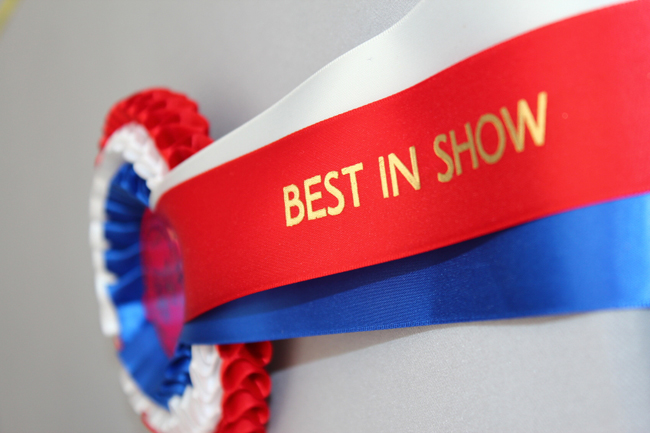 Born and raised in the Midwest, there are two things that I hold innately reverent: basketball and agriculture. It wasn’t until I moved to Massachusetts a few years ago that I realized not every household in America had a basketball goal in the driveway and a game on the television during suppertime. It wasn’t until I left home that I realized that driving your tractor to school day was a rather strange concept, that abutted cornﬁelds were not the only way to establish property lines, and that not everybody’s summer was perennially capped oﬀ by carefree days spent with family, friends, and friends to be at the local fair.

You can imagine my elation, then, when I was asked on behalf of the Cheese of Choice Coalition to be a judge for the cheese competition at the Big E fair.  Located at the foot of the Berkshire Mountains in West Springﬁeld Massachusetts, the Big E is the largest agricultural event on the eastern seaboard. For two weeks every autumn since 1916, the New England states have come together to exhibit their food, heritage, and tradition of agriculture. Complete with concerts, food vendors, and a host of other attractions the Big E is one of the most popular fairs in the country. And for me, it’s a veritable taste of home.

The Big E Gold Medal Cheese Competition is only seven years old but it has quickly distinguished itself as the most competitive and prestigious awards contest devoted entirely to New England cheese. Each year nearly 150 local cheeses, made by scores of cheese producers, are entered. And each year, without fail, the quality of the entries celebrate the abundance of truly wonderful cheese produced in the region. The 2014 competition, that took place a few weeks ago, was no exception.

Judging a cheese competition may sound like a great deal of fun (and it most certainly is) but it also very serious business. Cheese producers invest their lives and livelihoods into these wheels and wedges and it is the job of the judge to ensure proper, fair, and discerning assessment.  For the Big E competition, the cheeses arrived to the competition hall on the day of the event and were subsequently unlabeled and distributed into appropriate categories (Blind tasting guarantees objectivity and categories help establish standards by which to judge for quality). A team of judges, one aesthetic and one technical, graded the cheeses with a combination of a well-trained palate and sophisticated scoring sheets that quantify sensory characteristics such as aroma, ﬂavor, texture, and appearance. One by one, category after category, we judges smelled and tasted, analyzed and observed, rinsed and repeated. It was and always is a laborious but gratifying process.

Once the initial judging had concluded, and the gold’s and silver’s and bronze’s and “better luck next time’s” had been divvied out, came the true treat for a judge— the opportunity to taste for Best in Show. All the gold medals, the cheeses that have received at least 95 points out of a possible 100, were brought back out to be evaluated a second time by the entire roster of judges. For this year’s Big E, thirty-three cheeses, all truly exceptional, were closely scrutinized. One cheese however stood out as a giant among the crowd.

Best in Show went to a cheese called Reading, a raclette-style cheese reminiscent of the kind traditionally produced high in the Swiss alps for nourishment through the long winter and now generally consumed after long laborious days of downhill or cross country skiing. Like traditional raclette, Reading is pleasantly stinky, unctuous, sweet, milky, and nutty all at once. It melts beautifully and when smeared on crusty bread and accompanied by cornichons it makes the most wonderful simple meal.

But Reading is not made in a remote part of Europe, it is made on a small farm nestled amidst the pastoral landscape of rural Vermont. Spring Brook Farm is managed by Jeremy Stephenson who very early on sought out a European dairy consultant who was known for breaking all the rules when it came to modern cheesemaking. His approach derives from the Beaufort region of central France where his ancestors have been making cheese with traditional techniques of animal husbandry and production for more than a thousand years. With this expertise, Jeremy was able to replicate the traditional terroir (the taste of place) driven approach of the French Alps, on his own pastures in the Green Mountain State.

What’s more, Jeremy has made it his mission to not only produce fantastic cheese, but to support the agricultural education of urban youth. To this end, Jeremy has teamed up with the Farm For City Kids Foundation and the farm and cheese room act as an experiential classroom for which the students learn about chemistry, microbiology, nutrition, economics and generally build a better relationship with the origins of their food. The kids don’t have their hands in the vat but they are no less a part of the process. Every wheel of cheese produced on the farm has their education and the preservation of the rural working landscape in mind.

Of course, we judges don’t know all this when we’re in the tasting room— all we know is that we’re in presence of a truly exceptional cheese that deserves to be recognized. The social mission of Spring Brook, then, came as a pleasant surprise. The terroir and tradition driven approach of the farm and cheesemaker, so closely aligned with the goals of the Cheese of Choice Coalition and Oldways, resonated in the quality of the cheese. (We aren’t the only ones to recognize it; it has been a very big year for Spring Brook who also took home the most prestigious cheese award in America at the recent American Cheese Society conference in Sacramento.)

Although the judging has passed the Big E Festival begins this week (September 11) and will continue until the end of the month. Many of the medalists will be there, showcasing their labors of love (and pairing them with regional wines!). If you live in the region, I encourage you to spend an upcoming weekend in Western Massachusetts. Celebrate the rich agricultural and alimentary heritage of New England. Take a moment to escape the hustle and bustle of the city and the frantic pace of modern life. Commemorate the passing of seasons and rejoice in the coming of the harvest. And be sure to say hello if you see me there. I’ll be entertaining nostalgic memories of my youth and Indiana home.