All carbohydrates aren’t the same – and both the quality and quantity of carbs we eat hugely impact our energy levels and our overall health. That was the key message from a group of the world’s top nutrition scientists, when they met June 6th and 7th at an International Scientific Consensus Summit titled “Glycemic Index, Gycemic Load and Glycemic Response,” which was organized by Oldways and the Nutrition Foundation of Italy (NFI).” 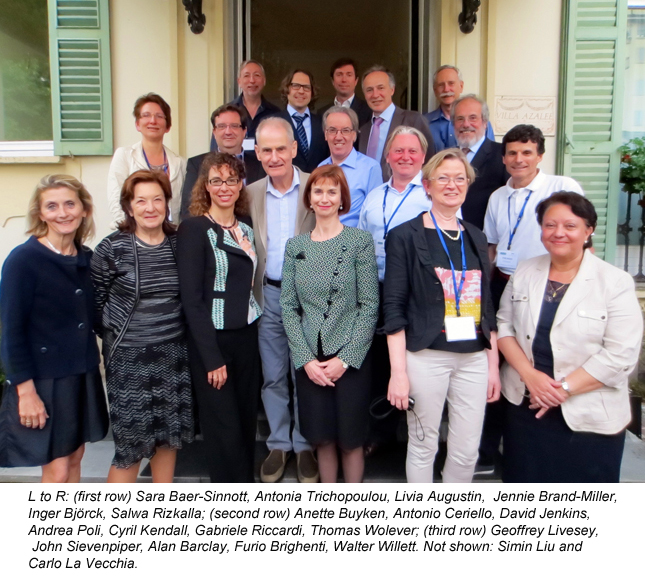 All carbohydrates aren’t the same – and both the quality and quantity of carbs we eat hugely impact our energy levels and our overall health.

That was the key message from a group of the world’s top nutrition scientists, when they met June 6th and 7th at an International Scientiﬁc Consensus Summit titled “Glycemic Index, Gycemic Load and Glycemic Response,” which was organized by Oldways and the Nutrition Foundation of Italy (NFI).”

These scientists (pictured above) are busy men and women, and getting them all together in one place at one time wasn’t easy. We had two big inducements working for us, however. The ﬁrst inducement was the track record of both Oldways and NFI in running consensus conferences that move science forward. The second inducement (maybe an even greater one!) was a beautiful location for the Summit at an historic hotel (below) in Stresa, Italy, on the shores of Lago Maggiore about an hour north of Milan. 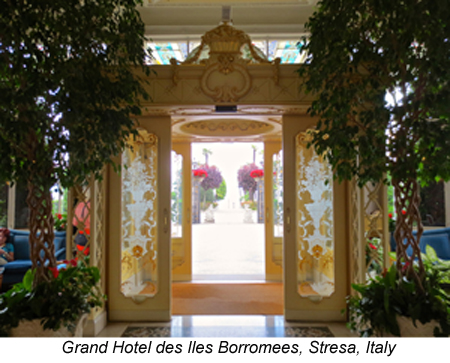 So what was the Summit all about, and why does it matter? Human bodies depend on a steady supply of glucose (blood sugar) from carbohydrates as their principal fuel, in order for muscles to stretch and contract, nerves to ﬁre, brains to function – and so much more. Healthy foods release their fuel slowly. Some foods, however, take our bodies on a roller coaster ride, ramping up blood sugar quickly after a meal or snack then leaving us crashing and out of energy. Scientists are now learning more about how these wild swings can eventually lead to diabetes, heart disease, and other chronic diseases.

The Summit’s goal was to showcase the latest research on these health risks – and explore how we can distinguish foods that dole out their fuel slowly and steadily for good health from the “roller coaster foods” that undermine our well-being.

Throughout the day on June 6th and well past noon on June 7th we listened to twenty scientists from ten countries on three continents present the latest research. Among the distinguished speakers were 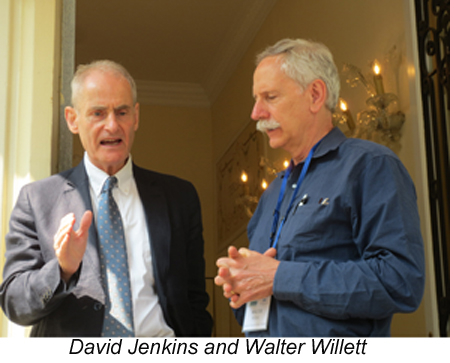 While these were three of the most eminent researchers at the Summit, everyone present held a key part of the puzzle of carbohydrate digestion and health, as Dr. Willett acknowledged when he said, “All of our work has been building on the contributions of many people in this room.”

It’s impossible to even scratch the surface of what was covered in the scientiﬁc sessions, which touched on the urgency of understanding the key factors of chronic diseases from diabetes and heart disease to cancer. Perhaps a few quotes will give the ﬂavor of the discussion – and a window into why Oldways felt so passionate about the importance of co-hosting this conference:

“We’ve got to do something more than just increasing drugs and the intensity of drug therapy.” David Jenkins, University of Toronto, Canada

“The best way, the only good way to manage post-prandial [post-meal] glucose is diet, for a lifetime. Any increase in post-prandial glucose is dangerous.” Antonio Ceriello, Institut d’Investigacions Biomèdiques August Pi i Sunyer, Spain

“It’s not whether we convey carbohydrate quality in dietary guidance – it’s how.” Walter Willett, Harvard School of Public Health, USA

The exchange of ideas spilled over beyond the conference room to lively discussions and networking during coﬀee breaks, meals, and late into the night, as the scientists enjoyed an unparalleled opportunity to share information. 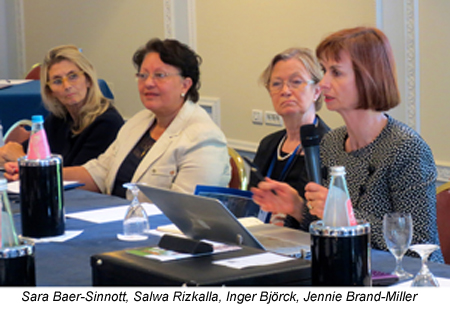 Then, on Friday afternoon the scientists gathered for four hours in a closed room – without any media or industry attendees present – to reﬂect on what they had learned from each other, and to hammer out a Scientiﬁc Consensus Statement on glycemic index, glycemic load and glycemic response. These topics are fairly controversial, so we weren’t even sure it would be possible to reach agreement on anything beyond a few basic points with such a diverse group. The research presented was so compelling, however, that the group was able to enumerate twenty points of agreement – an accomplishment that many said far surpassed their expectations. (Click here to access a copy of the consensus, along with the Summit program, and bios of speakers.) 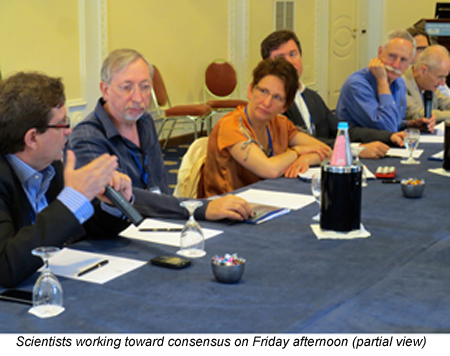 While the Consensus Statement marked the end of the conference, it marked the beginning of an even more important task for Oldways: translating this important consensus into clear and actionable consumer messages that can guide everyone, everywhere as they shop at the supermarket or open the refrigerator or kitchen cupboard to grab a snack. We couldn’t wait to get started on the task, so before we even left Stresa, we compiled a Consumer Tip Sheet you can access here.

We hope this Tip Sheet will help you take the messages of the Glycemic Summit to heart, without obsessing about assigning a GI score to every food you eat. As the scientists said, glycemic index is just one measure of carbohydrate quality, complementing other factors like ﬁber and whole grain content. 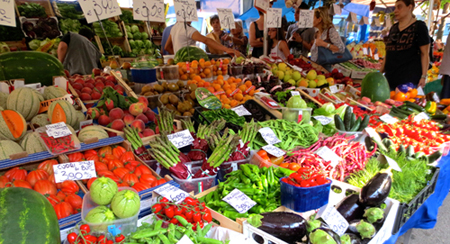 Eat a variety of good food, minimally processed, while relaxing with friends and family. A few days of R&R in Italy on the way home from Stresa – including this lovely street market (above) in Milan – helped illustrate the importance of the pleasures of the table in a way that perfectly balanced the science of the Summit.