Butter Isn't Back: A Q&A with Dr. Frank Sacks

New studies about fat seem to constantly dominate the headlines. To clear up confusion about how diﬀerent dietary fats relate to heart health, the American Heart Association recently published a Presidential Advisory on Dietary Fats and Cardiovascular Disease. The researchers’ ﬁndings are in line with healthy dietary patterns around the world, including the Mediterranean Diet.

To get the scoop on how fats actually aﬀect heart disease risk, we caught up with Dr. Frank Sacks, a Harvard professor who authored the groundbreaking Presidential Advisory. Read on for the advisory’s conclusions as well as additional insight. 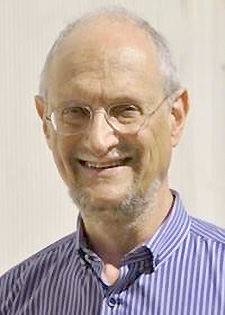 Oldways: There seems to always be a new study about fat coming out. Why is the American Heart Association’s Presidential Advisory on Dietary Fats and Cardiovascular Disease a big deal? What are some of the biggest takeaways?

Frank Sacks: While there has been lots of research about dietary fats published over the last few years, the results and signiﬁcance of these studies have been somewhat misinterpreted in the media, especially when it comes to journalists and diet book authors who aim to seek controversy. Most scientists and health experts agree that a low-fat diet is not an eﬀective ideal approach to health, especially if people are replacing fats with sugary beverages and reﬁned grains. But contrary to what the scientiﬁc community has found, a vocal minority have propagated the myths that “butter is back,” and that red meat and other sources of saturated fat are healthy. These messages might sell magazines and books, but they are not an accurate understanding of the evidence.

With this in mind, the American Heart Association saw an urgent need to address this topic more formally, hence the recently released Presidential Advisory. After reviewing the evidence, we found that replacing saturated fat (the types of fats found in red meat, butter, milk, and tropical oils) with polyunsaturated fat (found in ﬁsh, walnuts, and seeds, and vegetables oils such as corn oil, soybean oil, and peanut oil) can lower the risk of heart disease by 30%, and that eating more monounsaturated fat (found in avocados; nuts such as almonds, pistachios, hazelnuts, and cashews; olive oil; saﬄower oil; sunﬂower oil; and canola oil), more polyunsaturated fat, and less saturated fat is associated with lower rates of heart disease. Saturated fat increases blood levels of LDL (“bad cholesterol”). Lowering LDL can help reverse atherosclerosis (the build-up of plaque in artery walls), which causes heart attacks and strokes. In short, we concluded that the rationale for decreasing the amount of saturated fat in the diet has been, and remains based on well-established evidence.

OW: The paper ﬁnds that replacing saturated fat with polyunsaturated fat can lower the risk of heart disease by 30%, which is on par with what cholesterol-lowering medications can achieve. Can you speak more to this point and the power that diet can have in health outcomes?

FS: While we’ve long understood that vegetables, fruits, whole grains, ﬁsh, and legumes are the foundation of a healthy diet, food remains an underutilized resource in the ﬁght against chronic disease. This is especially important today, as medication costs are spiking out of control, and the fate of many Americans’ health insurance remains uncertain. Scientists estimate that as much as 80% of chronic disease can be prevented simply by eating a healthy diet, exercising more, and avoiding tobacco.

OW: What are some of the biggest misconceptions you hear about dietary fat?

FS: There is still a portion of the population that believes that eating fat, more so than carbohydrate or protein, will make them gain body fat. However, the evidence doesn’t support this. Numerous dietary patterns, including the gold-standard Mediterranean Diet have higher levels of fat, but still support a healthy body weight and reduced risk of disease, because most of the fat in their diet is unsaturated.

On the other end of the spectrum, there are people who think that if a moderate amount of fat is good, more must be better. Inspired by fad diets like Paleo, these people tend not to diﬀerentiate between diﬀerent types of fats, and end up eating diets with lots of saturated fat, including red meat and butter, which could in turn raise their risk of heart disease.

OW: There is certainly a lot of hype around coconut oil. Is there anything substantial behind this?

FS: As we note in our paper, 72% of the American public thinks coconut oil as a “healthy food” compared with only 37% of nutritionists. The nutrition community has ample reason to be wary. Coconut oil is more concentrated in saturated fat (it’s about 82% saturated fat) than butter or lard. This is problematic, because as discussed previously in our paper, too much saturated fat can raise LDL (“bad” cholesterol) and increase the risk of heart disease.

While it’s true that coconut oil can raise HDL (“good cholesterol”) more than many other oils, thus reducing the ratio of LDL to HDL, our research also notes that HDL on its own is not directly related to heart disease risk. In other words, increased LDL levels pose a bigger threat than low HDL levels. Our paper also analyzed the 7 existing controlled trials that compare the eﬀects of coconut oil to other oils. Coconut oil raised LDL cholesterol in all 7 studies, signiﬁcantly so in 6 of them. There have been no long-term clinical trials that show beneﬁts for heart disease directly of coconut oil compared to other oils. There is also no convincing evidence that coconut oil has other beneﬁcial components that outweigh the bad eﬀects of its saturated fat. So, the hype around coconut oil appears unwarranted.

Thus, we conclude that, “because coconut oil increases LDL cholesterol, a cause of [heart disease], and has no known oﬀsetting favorable eﬀects, we advise against the use of coconut oil.”

OW: What is one small dietary change that someone can make today to improve their health?

FS: Aim to cook with olive oil, instead of butter or tropical oils. Opt for ﬁsh or beans, instead of steak and sausage. And choose whole grains (whole wheat bread, oatmeal, brown rice, etc.) instead of reﬁned grains (white bread, white rice, etc.) whenever possible.