No matter where your ancestors are from, chances are their diets were a whole lot healthier than “the standard American diet,” which is characterized by high amounts of meat, sugar, as well as reﬁned, processed, and junk foods. Unfortunately, this modern eating pattern diﬀers dramatically in quality from traditional and multicultural ways of eating, even though American interpretations of cultural cuisines would have us think otherwise. (Think deep-fried egg rolls from a local Chinese joint or pasta bread bowls from the nearby Italian restaurant.)

Soul food is another example of how American culture has reinterpreted a traditional way of eating. The cuisine, as it has now been commercialized and popularized, typically emphasizes preparations and foods very high in starch, fat, sodium, cholesterol, and calories.

In reality, soul food is just one small piece of the African heritage diet, an incredibly healthy, mostly plant-based way of eating. The diet, which African American ancestors brought to the southern states in the U.S., the Caribbean and South America, is based on whole, fresh foods including:

A traditional African heritage diet is also naturally low in processed sugar, unhealthy fats and sodium, and includes small amounts of meats and sweets. Because February is Black History Month, and starts with African Heritage & Health Week February 1-7, this is a prime time to fall in love with this global cuisine’s rich ﬂavors. 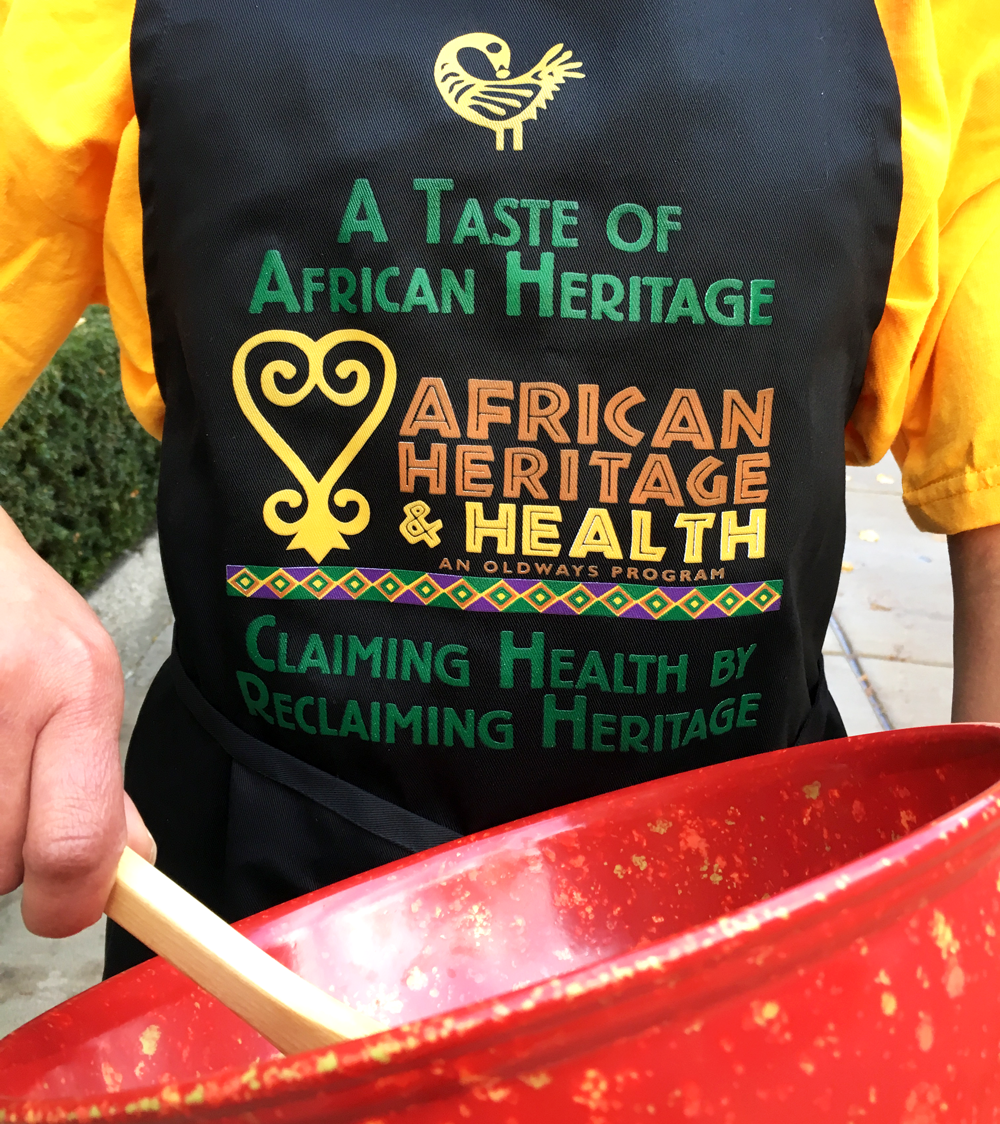 For centuries, these food traditions protected Africans from obesity and chronic diseases. But as African Americans have shifted away from the traditional African heritage diet and adopted modern American eating habits – consuming more meat, sugary drinks and reﬁned foods – their rates of diabetes, obesity and other markers of poor health have risen. In fact, African Americans are twice as likely as non-Hispanic whites to be both diagnosed with diabetes and to die from the disease. They are also one and a half times more likely to be obese, 40 percent more likely to have high blood pressure and 30 percent more likely to die from heart disease than their non-Hispanic white counterparts.

But it doesn’t have to be this way. Instead of considering the “southern diet” — deﬁned by researchers at the University of Alabama at Birmingham as heavy in fried foods, processed meats and heavily sweetened beverages — as the traditional diet for many African Americans, let’s turn to the healthier and truly traditional model Africans brought to the New World.

How to Incorporate African Heritage Ingredients into Your Diet

These 11 food swaps are easy ways to add foods traditionally eaten throughout the African diaspora into your daily diet, either for African Heritage & Health Week (details here) or year-round.

Take it further by trying some of our most popular African heritage recipes like sweet potato peanut stew (or “mafe” in West Africa), grilled snapper and mangoes with lime-cilantro vinaigrette, zesty Brussels sprouts and collard greens sauté, or any of the other healthy, traditional African heritage recipes here. Your taste buds — and your body — will thank you. 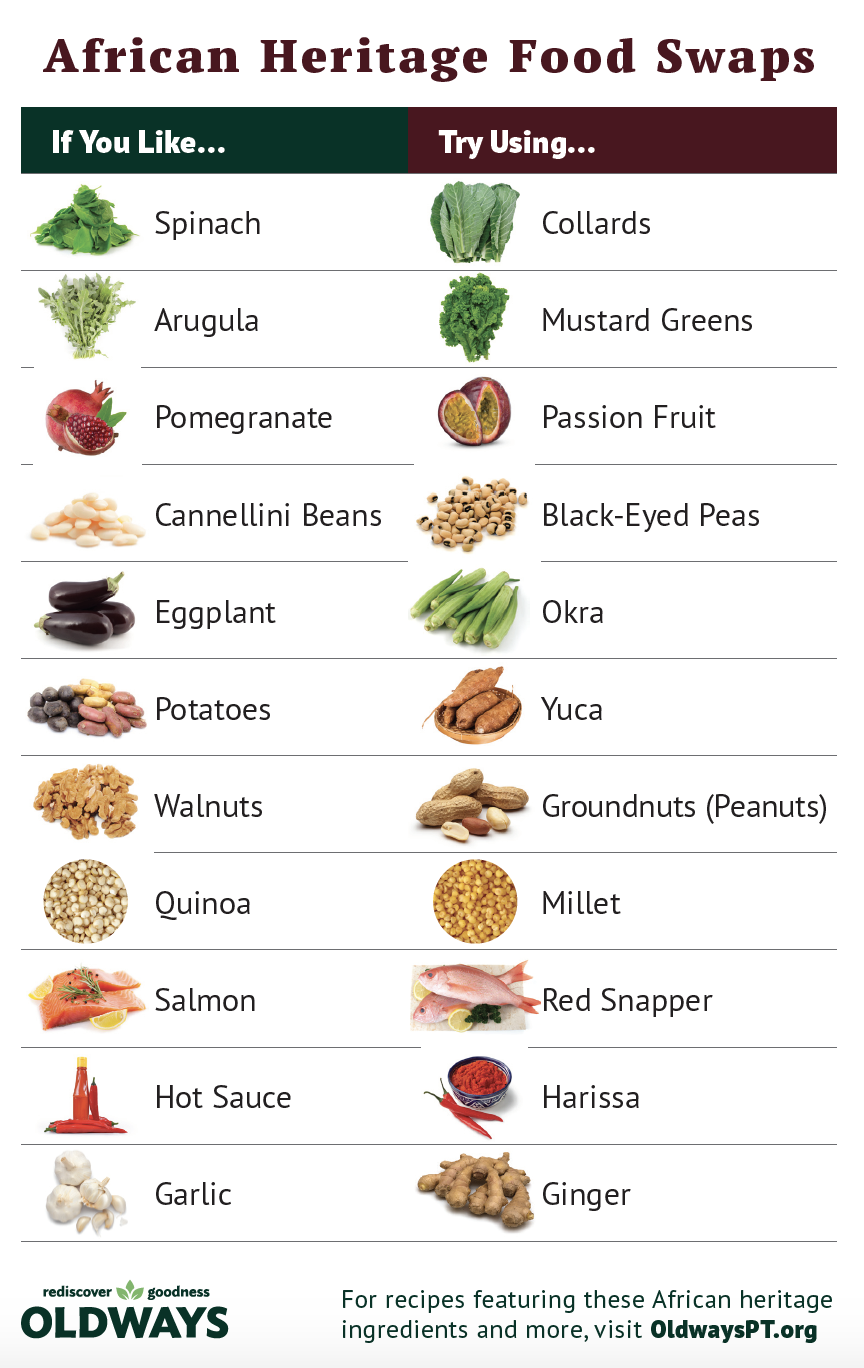