The Spice of Life: Attending the Annual Association for Psychological Science Meeting

In late May, my great friend, colleague and travel companion, Annie Copps (currently Food Editor at Yankee magazine, and formerly, a Program Manager at Oldways) and I attended the Presidential Symposium at the Annual meeting of the Association for Psychological Science. Called Spicing Up Psychological Science, this Presidential Symposium featured a star-packed panel of presenters. Maybe not stars like Brad and Angie, but in terms of listening, learning and tasting, this panel was star-packed. 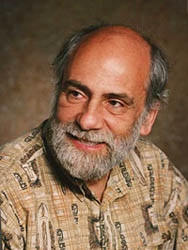 (image via Bates College) First up was Paul Rozin of the University of Pennsylvania, who is always funny and interesting. He didn’t disappoint. He talked about chiles, about the active ingredient (capsicum), and noted that about ⅓ of the world’s population eat chiles. The reason? Chilies were a replacement for black pepper, and, in the days before refrigeration, chilies also covered up taste of decaying food. People accidentally acquired a taste for chiles. Paul called this “hedonic reversal.” How many things can you think of that are irritating when you try them at ﬁrst, and after repetitive tastings, you suddenly ﬁnd yourself liking them?

(image via IFT) The second speaker was Marianne Gillette, from McCormick & Co, the most well known spice company in the US. Marianne focused mostly on the major renaissance of herbs and spices: 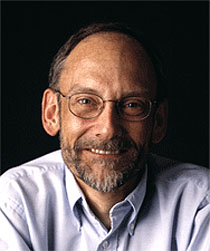 Annie and I were both waiting to hear Harold McGee, the author of the acclaimed On Food & Cooking. As someone who writes about the chemistry of food, he could tell us why things work in cooking. Harold was the third speaker and told us that herbs and spices don’t have complicated chemistry like fruits. Rather, they’re designed to stimulate us. He also explained that it’s important to consider sensory speciﬁc satiety or satisfaction — for example — Thomas Keller says that taste deadens after three bites. Annie and I weren’t sure what this means for spices, but we love listening to Harold. 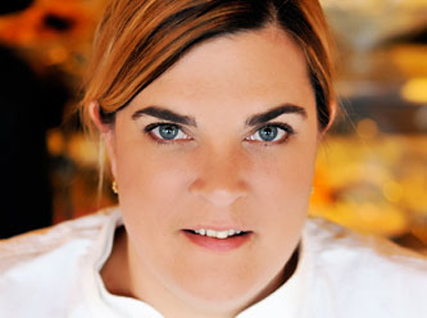 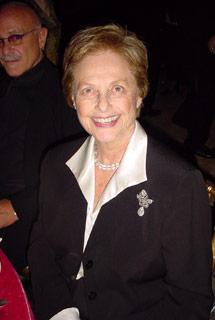 (images via Delights and Prejudices and New York Social Diary) The ﬁnal presentation was a duo. Two people that Annie and I know and adore. Ana Sortun, chef and owner of Oleana in Cambridge (and also the author of the cookbook, Spice). Mimi Sheraton, author of many cookbook, food writer, and the revered original restaurant critic for the New York Times. Ana’s food is all about spices. She believes that spices give authenticity to food, and that blending of spices is magical. For her, earthy spices are the base of everything. These days she’s particularly interested in two spices. First — sumac — a berry on a bush that when dried is citrus-y. It adds “brightness” in place of lemon when lemon’s not in season. Second — allspice. We generally associate it with desserts, but Ana thinks of allspice as the signature of Lebanese cooking. She made our mouths water by describing allspice and pepper on a tomato. Mimi closed by talking about the cool ﬂavors of Scandinavia, in comparison to the warm ﬂavors of Ana’s cooking. Mimi’s Scandinavian ﬂavors are deﬁned by dill and carroway and cardoman. She made our mouths water by talking about her New Year’s Day gravlox — salmon cured, not smoked, with dill branches sandwiched between the salmon for three days.

(image via Association for Psychological Science) Chair, Linda Bartoshuk of the University of Florida closed the Symposium with a call to the reception. Luckily, we had the chance to taste the warm ﬂavors of Ana’s Mediterranean cooking, and the cool ﬂavors of Scandinavia, with recipes by Mimi.  — Sara