A Snapshot on Afro-Peruvian History and Culture

A stop throughout the African diaspora leads us into the South American country of Peru. Home to more than three million Afro-Peruvians who mainly live in the cities of Lima, Cañete, Nazca, Callao, and Ica in the north Morropón Province, the country’s past and present represent a richness in history and cultural traditions passed down from African ancestors who arrived starting in 1521. 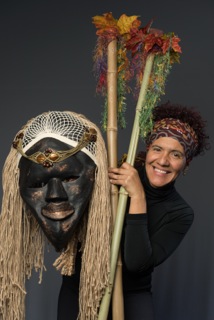 While many Afro-Peruvians may leave their home country, their traditions, culture and the essence of who they are is always present and follows them wherever they go. Such is true of artist (painter, musician and dancer) Clara Majors now living in Washington, D.C. Born in Lima, Majors moved to the U.S. in 2003 and through her work, continues to showcase Afro-Peruvian and Indigenous culture.

From Machu Picchu and its sister city Choquequirao to the ancient ruins of Kuelap and the beautiful sandy beach of Mancora, if Peru is on your travel bucket list for this year or the near future, it is not hard to see why. Before we plan for take-oﬀ, we wanted to sit down with Majors to get a snapshot about her native land, how her cultural background inﬂuenced who she is as an artist today and of course what to look forward to once we land.

Oldways: Tell us about the history of African-descended population in Peru. 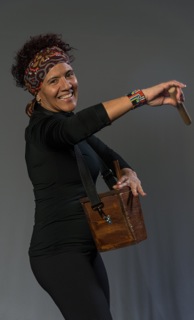 Clara Majors: Africans came to Peru on ships packed in rows and rows. They mostly came from countries like Mozambique, Congo and Guinea. They were treated worse than animals. Some who didn’t make it were thrown overboard. Those who made it to Peru were enslaved and worked. When they were auctioned oﬀ, the men were seen as more valuable because they were seen as physically stronger than women. Europeans brought Africans to Peru on the ships and they also brought fruit in wooden box crates. While waiting to be “sold,” Africans would sit and play on the front side of the fruit box crates. Eventually it became the instrument called cajon. Over time Africans made the cajon smaller and smaller so that they could transport the instrument more easily, such as when they would sneak away in the night to have rituals and ceremonies oﬀ the plantation.

OW: Share a little about your upbringing and how you came to be an artist.

CM: My parents passed away when I was young and I was sent to a religious boarding school. There I was mistreated by the nuns and did not like their control and view of the world. Eventually my older sister came to get me and let me live in the city with her. Growing up I remember my brother saying things like, “Don’t bring home a black man or boy because you need to marry up, better your race.” I always knew this was not true and that in our family we have African, Indigenous and Spanish. I am in the middle of all the cultures.

It was not until I went to college that I got into art, mainly painting. There I studied “folk art.” My professor liked my work and oﬀered me a job working with women in prison through art, dance, and culture. I did this for two years. After that, I worked at a Catholic University for four years and while working there joined Teatro Milenio, an Afro-Peruvian and Indigenous music and dance troupe. We traveled with the government all around the world showing people Peruvian culture. In 2003, I came to the U.S. and between 2013-2014, I became more serious about my art and artistic abilities after winning an award. Now I teach Afro-Peruvian and Indigenous culture through art to children.

OW: What are some traditional Afro-Peruvian foods or dishes to try in Peru? 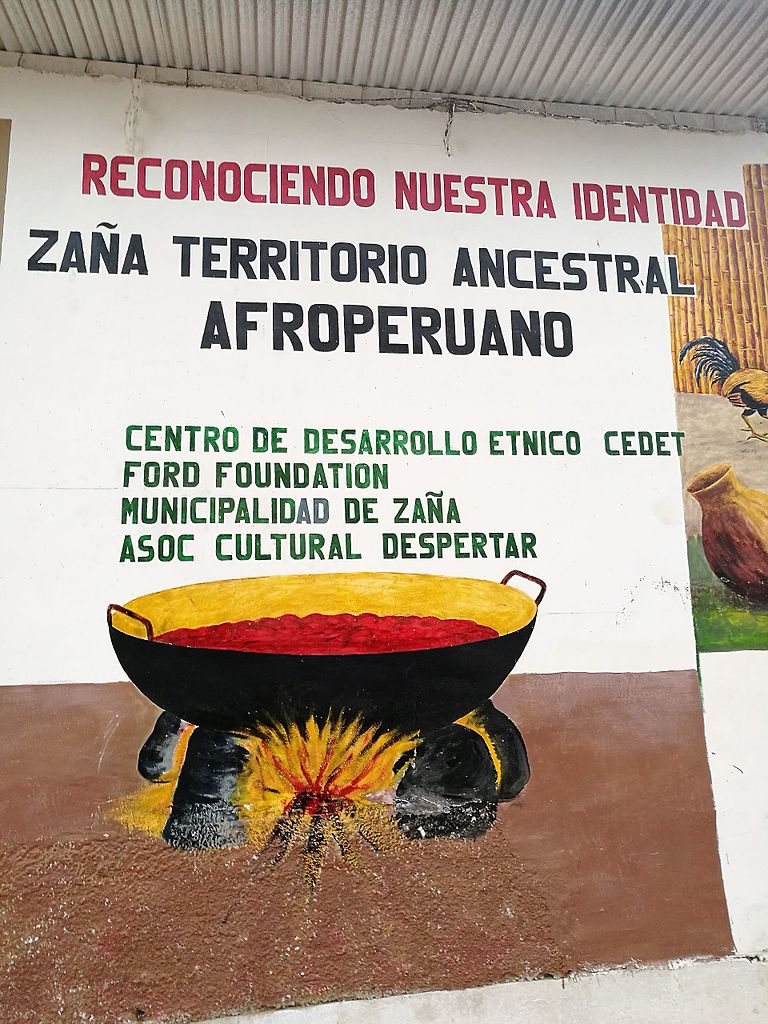 By Pitxiquin (Own work) [CC BY-SA 4.0 (http://creativecommons.org/licenses/by-sa/4.0)], via Wikimedia Commons

CM: There are many dishes such as tacu tacu, a dish made of previously cooked rice and vegetables that are mixed and mashed together to form something like a patty and fried like omelets. Carapulca, a hearty meat stew made with dehydrated potatoes (common in Peruvian cooking), a little chocolate, peanuts brought by Africans and spices like cinnamon, cloves and cumin. Sopa seca (dry soup) is traditionally served alongside carapulca. It is a thin-noodle dish that is added into the stew and soaks up all the ﬂavors. Also frejol colado, ﬁrst made by Africans during slavery. It is typically eaten around Easter time and is a sweet bean paste made from parboiling beans (black or canary), chilling them and then running it through cheesecloth until smooth and mixed with honey or sugar, milk, cloves, cinnamon and topped with toasted sesame seeds.

To start your Afro-Peruvian experience while in Peru, be sure to start in Chincha, which is considered “the country’s cradle of Afro-Peruvian culture.” Each February, visitors arrive in the city for Verano Negro Festival or Black Summer Festival to experience traditional cuisine and dances as well as parades. Next, head to El Carmen before stopping over to Lima where you can also visit the National Afro-Peruvian Museum to learn more about the history and Afro-Peruvians’ strong inﬂuence on the country’s culture, food, music and other arts.

This blog was originally published in the Summer 2017 issue of Cuisine Noir.

Photo Credit for image at top of page: By Pitxiquin (Own work) [CC BY-SA 4.0 (http://creativecommons.org/licenses/by-sa/4.0)], via Wikimedia Commons